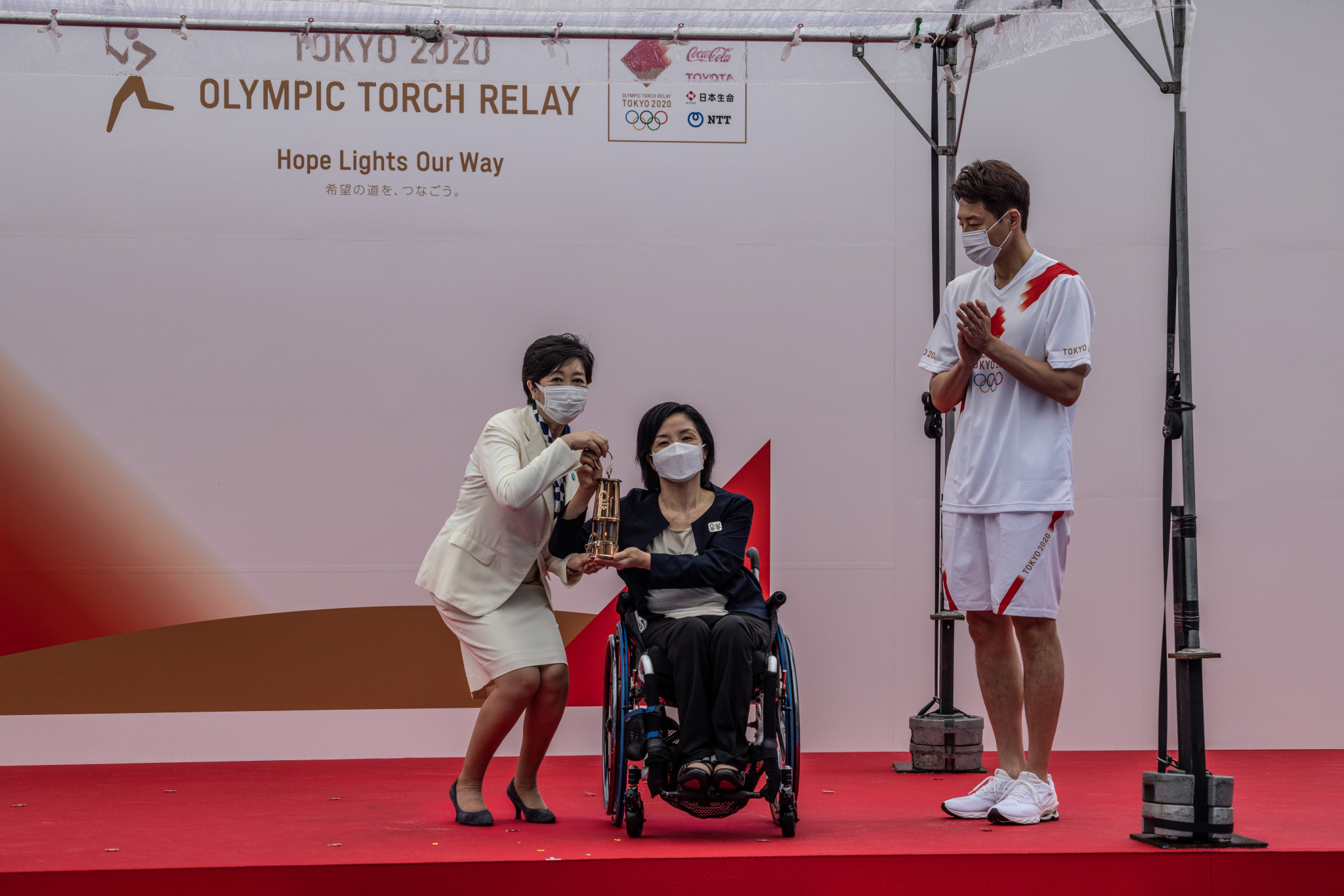 The Olympic Torch has begun its journey around Tokyo prefecture on a rainy morning after an unveiling ceremony as a small group of protesters held banners calling for the Games to be cancelled.

In what was described in Japanese newspaper the Mainichi Shimbun as a "muted start without runners", Tokyo Governor Yuriko Koike joined around 100 guests including family and friends of Torchbearers at the Komazawa Olympic Park in Setagaya for the ceremony.

"We have been able to overcome these difficult conditions with the help of the people all over Japan, and with a lot of ingenuity," Koike said.

"Due to the impact of the novel coronavirus, the Flame was sometimes impossible to be carried on public roads. But by overcoming the difficult situation with strong wishes of everyone across the country and various means, it has been connected to this point as a way of hope.

"I’d like the Torchbearers to put their respective feelings into the Flame and surely connect it to the Olympic stadium."

Relay ambassador Aki Taguchi, a three time Paralympian, lit the Flame at the unveiling, just she had 106 days ago, when the Relay set off from Fukushima at the start of its journey around Japan.

"I could feel that the Torchbearers have put a lot of thought in to running the Flame," Taguchi said. "Some ran with gratitude while others had different personal reasons for taking part."

She passed the Torch to Governor Koike before Shuzo Matsuoka, a three-time tennis Olympian, stepped on to the stage as the first carrier.

He ran across the track before passing the Flame to young musician Rion Saito.

The Flame was also carried by ex-Major League Baseball player and double Olympian Koji Uehara who won Olympic bronze for Japan at Athens 2004.

Over the next 15 days, the Flame will visit municipalities across the Tokyo area, but will be conducted away from public streets and as in many of the preceding 46 prefectures, an "alternative lighting ceremony" will be conducted.

Organisers said that in each case, "Torchbearers who were supposed to run will pass the Flame to the next Torchbearer via torch kiss at the celebration venue."

Yoko Kadokura, a 78-year-old protestor, told Kyodo News: "What is the point of holding the Olympics when so many people are against them and we cannot interact with each other at the Games?

"It is only two weeks to go but I will keep raising my voice."

She wore a handwritten sign saying "Life is more important than the Olympics."

The latest bulletin from the Tokyo Metropolitan Government reported 896 new positive cases yesterday and indicated that 1782 are currently hospitalised with the virus.