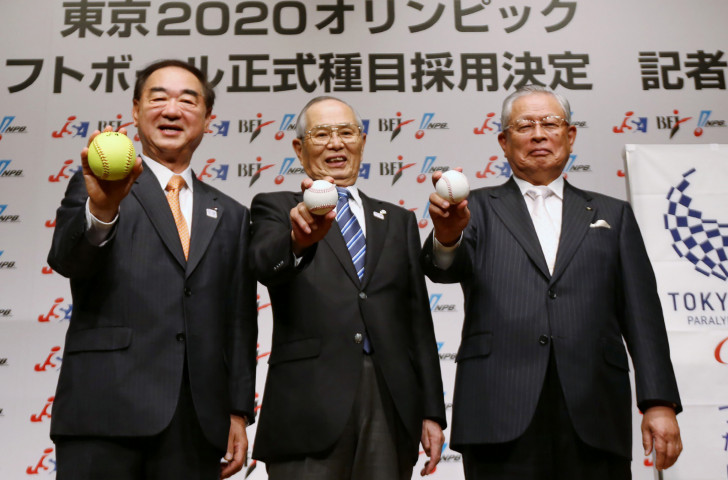 Masatake Yamanaka has been re-elected as President of the Baseball Federation of Japan (BFJ).

Yamanaka also announced the appointment of new Board members in Tokyo.

The BFJ held a press conference on July 15 led by the Japanese Baseball Hall of Famer Yamanaka, who will serve a new two-year term as President.

Yuichi Hirano, former manager of the University of Tokyo baseball team and professor at Hosei University, was appointed as BFJ Executive Director.

Arakida, a gold medallist in women's volleyball at the 1976 Montreal Olympics and vice president of the Tokyo Organizing Committee for the Tokyo Olympic and Paralympic Games, was appointed as executive managing director, while Waka Takada of Brooks Brothers Japan was also appointed to the Board of directors.

"A major theme will be what to do with the Japanese baseball world after the Tokyo Olympics," Yamanaka said.

"I have asked these four new members to join the Board of directors as a force to promote this.

"I hope we can work together to evolve baseball in Japan.

"We want to change and make a big difference in Japanese baseball."

BFJ leaders in the press conference indicated they are dedicated to supporting baseball's inclusion at the Los Angeles 2028 Olympic Games, which will further boost baseball's global expansion.

Japan is expected to be one of the favourites at the upcoming Tokyo 2020 Olympics, where baseball will make its first showing since the Beijing 2008 Games.

Yokohama Stadium and Fukushima Azuma Stadium will host the events.

Japan is currently number one in both the WBSC Baseball World Rankings and WBSC Women’s Baseball Rankings.