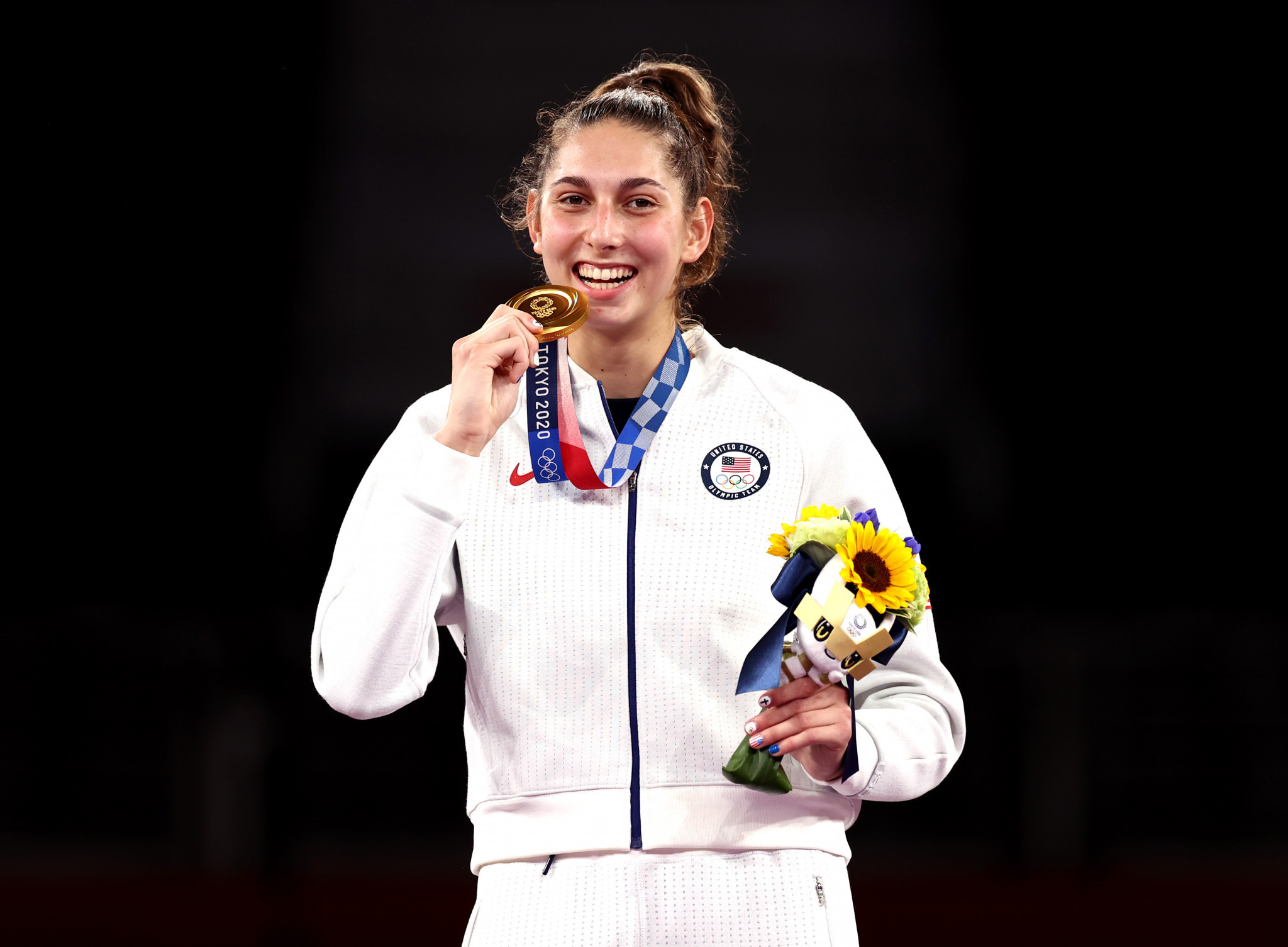 Anastasija Zolotic wants to be "an inspiration for young girls" after becoming the first American woman to win a taekwondo gold medal at the Olympics.

Zolotic won the woman's under-52 kilograms gold medal at Tokyo 2020 - the United States' lone taekwondo medal of the Games.

The 18-year-old triumphed 25-17 over the Russian Olympic Committee's (ROC) Tatiana Minina in the final.

That is a fine way to begin creating a "legacy" - something Zolotic is targeting and which ties in with USA Taekwondo's self-declared aim "to dominate" in the sport by 2028, when it will compete in an Olympics on home turf in Los Angeles.

"I try to tell people I want to be an inspiration for young girls and young athletes - just everything I've wanted and worked so hard for - it's like a legacy I'm leaving behind," Zolotic told Good Morning America, reflecting on the triumph.

"It was just like walking through and seeing how far I could push myself through each match.

"It's that little eight-year-old in me that's like 'c'mon, we can do this', pushing me through these matches.

"Whether you call it cockiness or just being prepared I don't know, but I was on it".

Zolotic is not resting on her laurels, and is already planning for further success in the coming years.

"Another gold medal at the next Olympics - 2024 I’m coming - or the World Championships," the world number seven told Good Morning America when asked of her aims for the future.

Zolotic's story has generated excitement in the US, and she was met by family, friends and supporters at Tampa International Airport in Florida when she arrived home last week.

"I feel so good, it finally feels like I just won the Olympic gold," Zolotic said to WLFA News Channel 8 after landing.

"I got so emotional, I’m just happy to be here with my family and friends."

Prior to Zolotic, the US had won one silver and three bronze medals in women's taekwondo events at the Olympics.