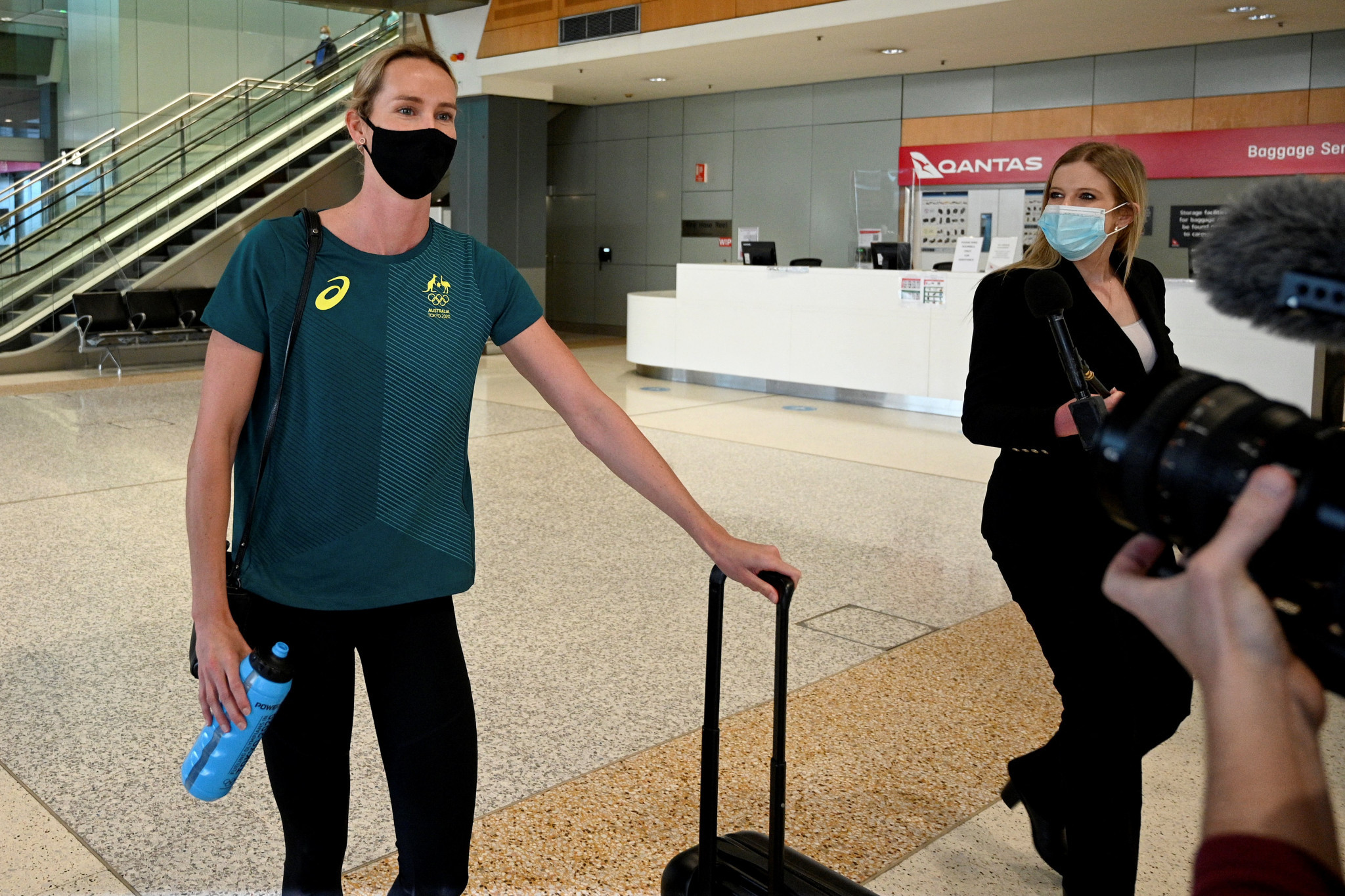 Members of the Australian contingent at Tokyo 2020 who were quarantining at Howard Springs in the Northern Territory upon their return to the country have completed their two-week stay in hotels and been reunited with family and friends.

The 109 athletes and support staff will now return to their homes after competing at the Olympic Games.

They were staying at the facility having flown into nearby Darwin International Airport on a direct Qantas charter flight from Tokyo.

A further 97 members of the team remain in quarantine at Howard Springs having arrived on a later flight, as reported by the ABC.

Among those to be released from quarantine was Emma McKeon, who won four swimming golds in the women’s 50 metres and 100m freestyle and 4x100m freestyle and medley relays at Tokyo 2020 to become Australia’s most successful Olympian ever with 11 medals.

McKeon was one of 25 members of the Howard Springs contingent to travel on a Qantas domestic flight to Sydney via Alice Springs.

Forty-nine team members headed to Brisbane, 21 to Melbourne, eight to Adelaide and six to Perth.

Australia has imposed strict border controls as part of its COVID-19 control measures, and all athletes and support staff returning from Japan were required to undergo a period of 14 days in quarantine at Government-run hotels.

As well as Howard Springs, these hotels are located in Sydney, Brisbane, Gold Coast, Perth and Melbourne.

Controversy erupted last week, as the Australian Olympic Committee criticised the South Australian Government’s decision to require 16 athletes staying at the Sydney hotel to quarantine at home for a further 14 days upon returning to South Australia.

The state Government has maintained its stance.

Australia's men’s rugby sevens and football teams came in for criticism for their behaviour on a flight back to Sydney on July 30.

A total of 853 members of the Australian team have travelled back from Tokyo 2020, where the country finished sixth on the medal table with 17 golds, seven silvers and 22 bronzes.