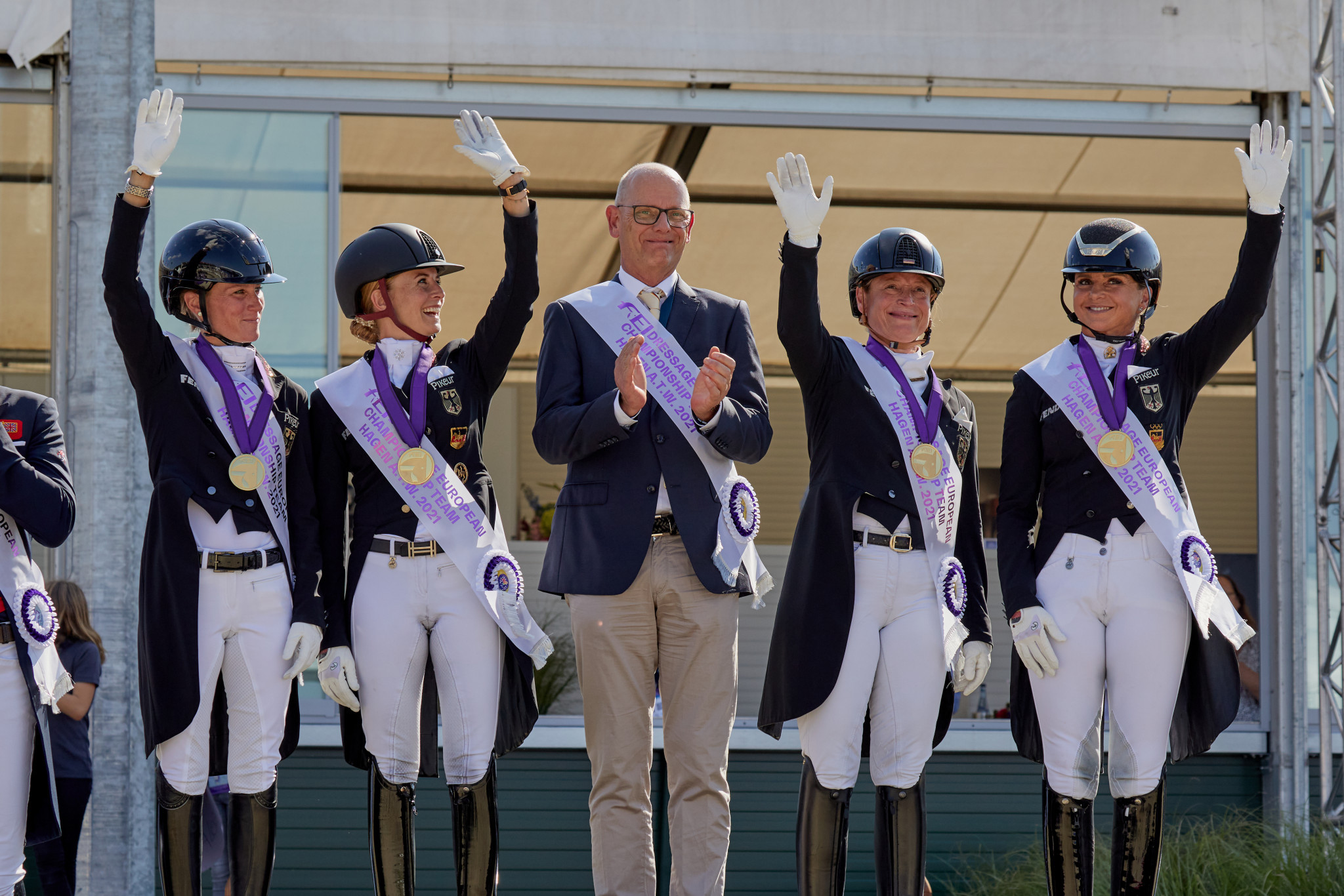 It is also the fourth time in the last five editions Germany have won the team event.

Britain had taken an overnight lead, helped by the efforts of Gareth Hughes and Charlotte Fry.

However, Germany went into the event as defending champions and favourites, having won gold at the Tokyo 2020 Olympic Games, and underlined why.

It was the host nation who took control on the second day in Hagen, posting a new leading score of 79.860 in the morning courtesy of Isabell Werth on Weihegold OLD.

This was Werth’s 25th medal at a European Championships.

Dorothee Schneider with Faustus added a further 74.985 yesterday to ensure Germany finished on 238.944.

Helen Langehanenberg on Annabelle also recorded 73.960, but only the top three scores contribute to the overall tally.

Denmark were a comfortable third to secure bronze with 231.165 as Cathrine Dufour scored 79.721.

Fourth-placed Sweden finished on 225.389, while The Netherlands, who were winners in 2015 and silver medallists the last time the event was held on home soil in Rotterdam in 2019, finished fifth on 221.242.

A total of 15 countries were represented in the team event.