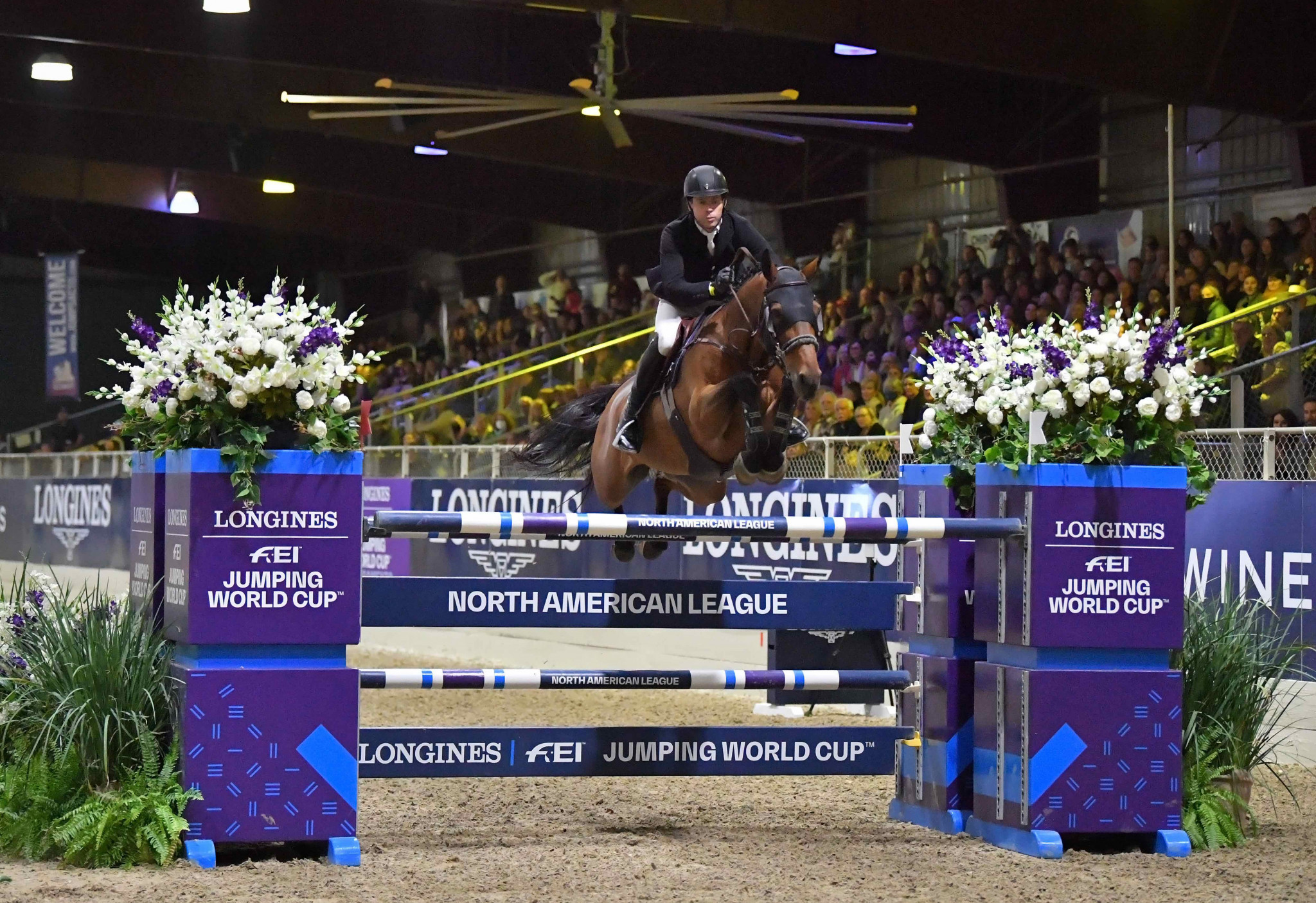 Swail and his mount Vital Chance de la Roque followed up their triumph in Vancouver last month, by romping to another win after winning a four-horse jump-off in front of a packed crowd at the Murieta Equestrian Center in California’s state capital.

The 50-year-old Swail from County Down in Northern Ireland and "Vinny", as the 12-year-old gelding is affectionately known, finished more than a second ahead of Canada’s Erynn Ballard on Huberth B after covering the jump-off course in 36.12sec.

"He was probably one of the favourites coming in.

"I’m delighted that he’s living up to the reputation he’s making for himself."

Ballard settled for second with her brand-new mount, an impressive feat considering she had only begun riding it two weeks ago.

"Erynn put up a tough enough round that I thought it was going to be another tough test," Swail said.

"But [my horse] handled himself extremely well."

In Vancouver, the duo navigated a spacious outdoor arena, while in Sacramento, they were met with a small, covered space.

"[Vancouver] was outside, and [course designer] Peter Holmes built it quite like an indoor track I thought, but it’s still a covered arena here, and the crowd is up against you," Swail said.

"[My horse] is answering every question, and the crowd was awesome tonight.

"It’s wonderful having people back [in the stands].

Swail now holds a commanding lead in the North American League with 37 points.

Ballard and Australia’s Rowan Willis sit second and third, respectively, both with 17 points.

The North American League is now scheduled to head east to Tryon in North Carolina on October 30.