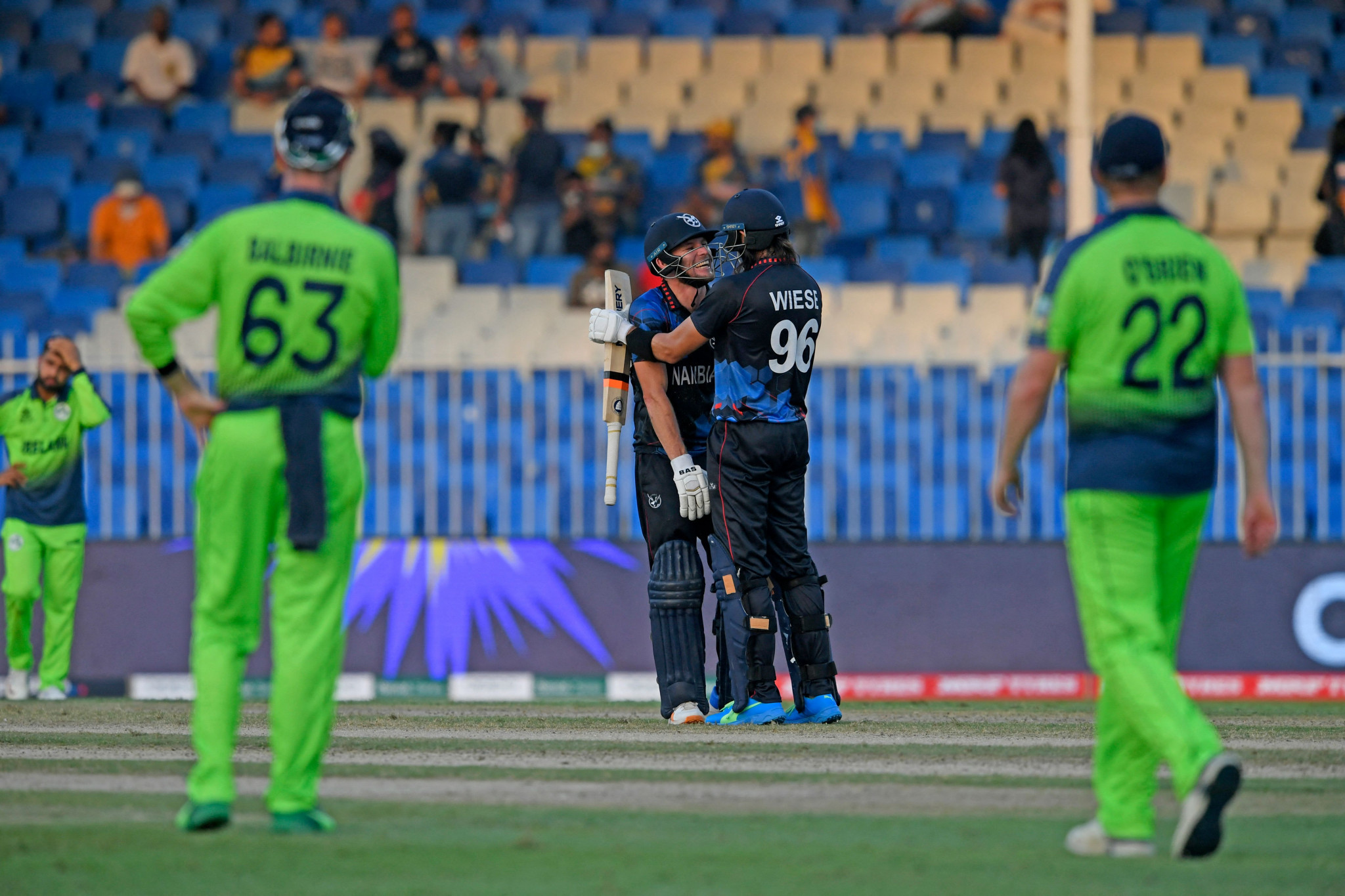 Scotland and Namibia have reached the so-called Super 12 stage of the International Cricket Council (ICC) Men's T20 World Cup for the first time.

Nambia knocked off Ireland with eight wickets and nine balls to spare in Sharjah today to make history, finishing second in Group A with four points and two wins from three.

Ireland had enjoyed a stellar powerplay after choosing to bat first at the United Arab Emirates venue, scoring 55 runs and losing no wickets, but collapsed thereafter, adding only 70 runs and losing eight wickets in the following 14 overs.

The target of 126 proved very chasable for the Namibians, even after a slow start.

The match was a winner-takes-all affair, as both sides had beaten The Netherlands but lost to Sri Lanka.

Sri Lanka, who take on the Dutch later today, are poised to top the group.

Scotland were the cream of the crop in Group B, winning all three of their matches including a stunning triumph over Bangladesh in the opener.

The Scots routed Papua New Guinea and then beat co-hosts Oman by eight wickets - with three overs to spare - yesterday to top the group.

Bangladesh, the pre-tournament favourites among the eight sides playing in the first group stage, bounced back to beat Oman and Papua New Guinea, earning themselves a Super 12 spot.

Shakib Al Hasan has lived up to his star billing, with nine wickets and 108 runs across three games.

The top two in each will reach the semi-finals.

The teams who reached the Super 12 have also secured qualification for next year's ICC Men's T20 World Cup in Australia.