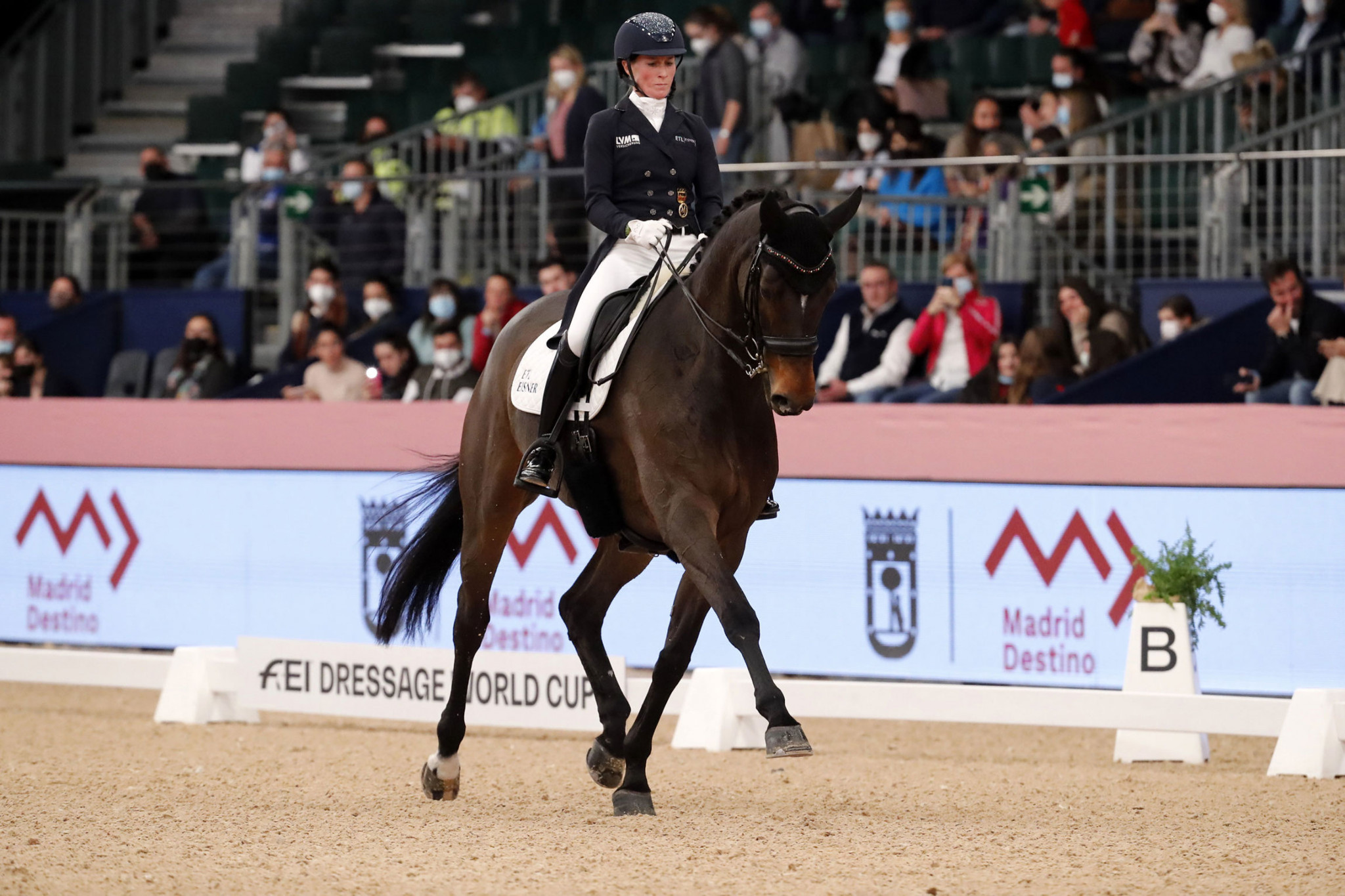 Langehanenberg and 13-year-old mare Annabelle were the only pair to score above 80 per cent as they claimed victory in style.

Their total of 80.500 was enough to deny Spain's Beatriz Ferrer-Salat, riding Elegance.

Ferrer-Salat scored 79.220 per cent to finish above compatriot Juan Matute Guimon and Quantico, who earned 78.160.

Victory for Langehanenberg gave her maximum points and moved her into fifth place on the Western European League standings.

"It’s still only the beginning, I feel there is so much more we can do if she allows me to support her," the German said.

Helen and Annabelle turn on the magic in Madrid! 😍#PursuitOfPerfection pic.twitter.com/vYOzZ9hW8Z

"The more she does the more relaxed she becomes.

"She always has enough expression but she doesn’t always have enough relaxation but routine will bring relaxation so I’m working on that.

"She’s easy to train, but she almost tries to be too perfect.

"She is such a very special horse, full of talent but with so much temperament that she is not always easy, but I’m very happy today.

"I was last to go and there was plenty of pressure but that’s good for me, it means I just have to go for it.

"Today she allowed me to support her and it felt really good."