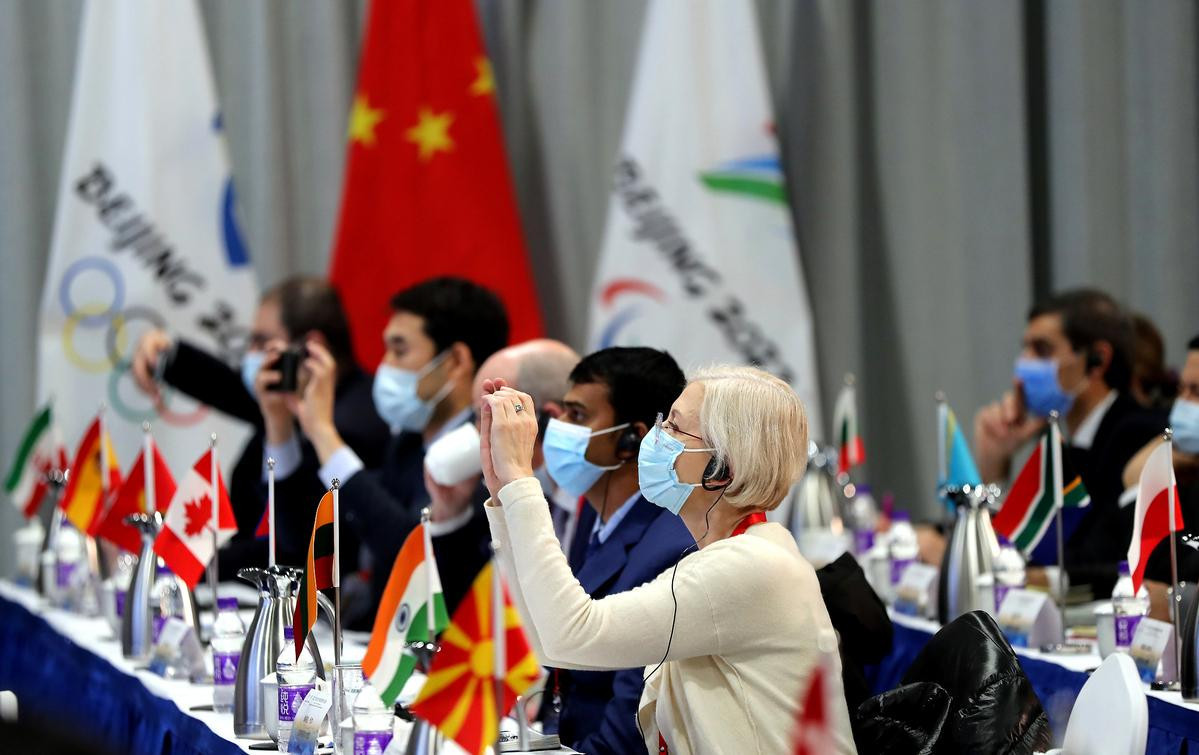 Representatives from more than 70 countries have attended a diplomatic briefing held by organisers of the 2022 Winter Olympic and Paralympic Games in Beijing.

It took place at a time when several countries, including the United States, Britain, Canada and Australia, are considering a diplomatic boycott of the Winter Olympics because of human rights concerns in China.

Officials from the Ministry of Foreign Affairs presented on the international dignitary programme covering arrival and departure, accommodation, transport and security for visiting state leaders and Sports Ministers during the Games at the briefing.

It is not yet clear how many heads of state will attend the Games, set to open on February 4, due to the possible diplomatic boycott by several nations.

Russian President Vladimir Putin has already accepted an invitation to the Opening Ceremony, however.

US President Joe Biden admitted publicly for the first time earlier this month that America was seriously considering a diplomatic boycott.

Accusations of serious human rights violations in China, such as "clear and convincing" evidence of the Government’s genocide against its Uyghur Muslim population are not new, but the recent disappearance of Chinese tennis star Peng Shuai has put a new focus on the authoritarian regime.

"It's a very long and complicated journey, not only for the intrinsic difficulties of organising the Winter Games, but also having to organise that in a COVID-ridden environment," said IOC Coordination Commission chairman Juan Antonio Samaranch.

"But I'm very proud to inform you that we are fully confident to deliver extraordinary Games in February.

"But in order to be excellent, first of all, they have to be safe.

"We are very confident in the health secure measures taken by our hosts in Beijing with the expert support from the World Health Organization that the Games will be safe."