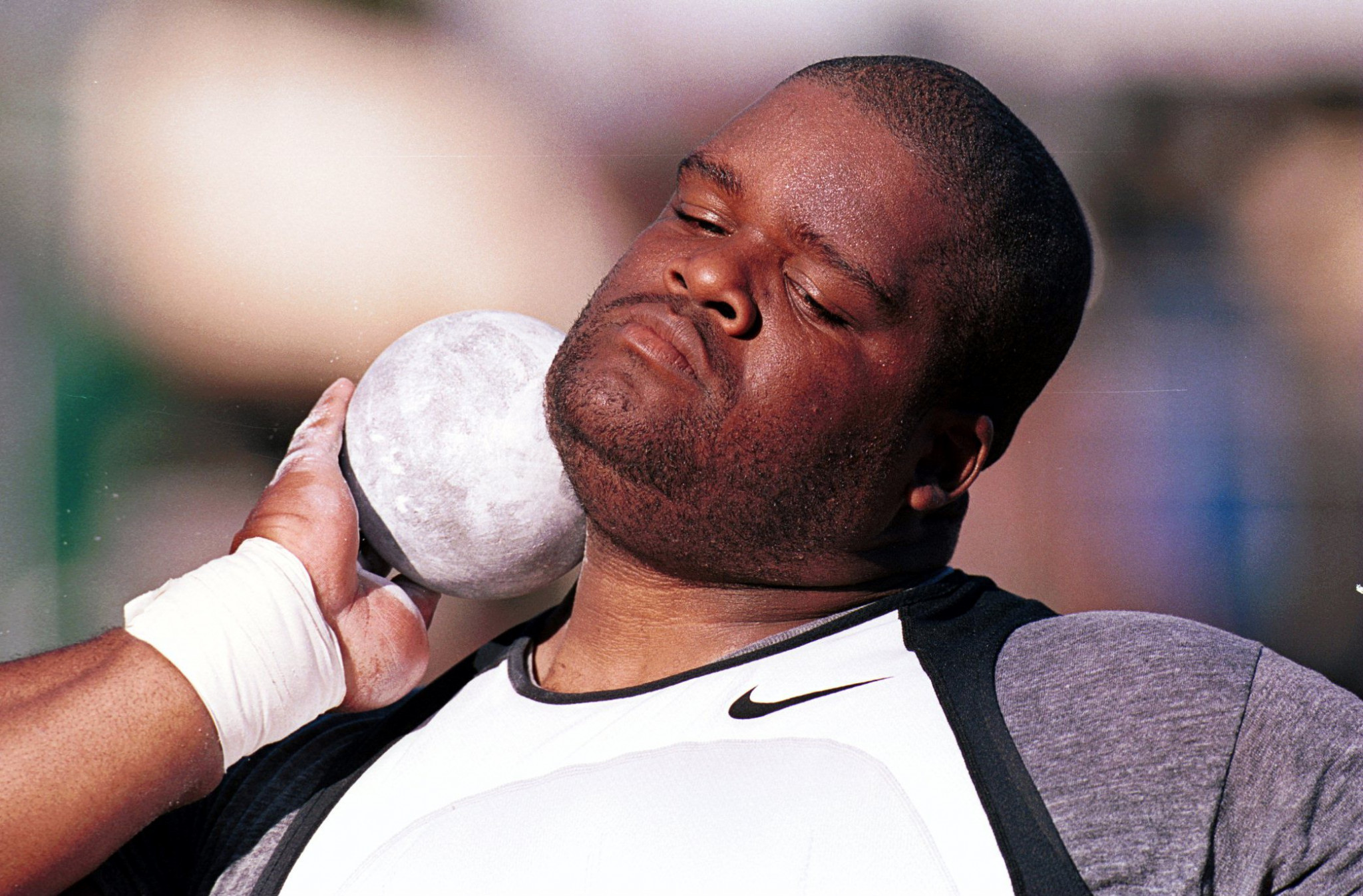 C J Hunter, the former husband of disgraced sprinter Marion Jones, has died at the age of 52.

The American Association of Throwing Coaches announced his death on Twitter.

The cause of death of the former shot putter, who was due to turn 53 on December 14, was not revealed.

Hunter won the gold medal at the 1999 World Championships in Seville but was far better known as the husband of Jones.

He met her while she was studying at the University of North Carolina, and he was a coach.

The pair married in 1998 and were the most high-profile couple in athletics in the run-up to the 2000 Olympic Games in Sydney, where Jones was chasing five gold medals.

Hunter had withdrawn from the shot put competition at Sydney following a knee injury, though he was allowed to keep his coaching accreditation and attend the Games to support his wife.

However, just hours after Jones won her first of the planned five golds in the 100 metres, the International Olympic Committee announced that Hunter had failed four pre-Olympic drug tests, testing positive each time for the banned anabolic steroid nandrolone.

Hunter was immediately suspended from taking any role at Sydney 2000 and was ordered to surrender his on-field coaching credentials.

At a press conference where Hunter broke down in tears, he denied taking any performance-enhancing drugs, much less the easily detected nandrolone - which showed up in all four tests in amounts more than 1,000 times normal levels.

Victor Conte, the founder and owner of the Bay Area Laboratory Co-operative (BALCO), who was regularly supplying "nutritional supplements" to athletes trained by Trevor Graham, blamed the test results on "an iron supplement" that contained nandrolone precursors.

Jones would later write in her autobiography, Marion Jones: Life in the Fast Lane, that Hunter's positive drug tests hurt their marriage and her image as a drug-free athlete.

In 2004, Conte admitted during a television interview that he had personally given Jones four different illegal performance-enhancing drugs before, during, and after Sydney 2000, where she won three gold and two bronze medals.

Hunter also later claimed to have seen Jones inject herself in the stomach with the steroids.

According to Hunter's 2004 testimony before a Federal Grand Jury, Jones' use of banned drugs began well before Sydney 2000.

Hunter told the investigators that Jones first obtained erythropoietin from Graham, who Hunter said had a Mexican connection for the drug.

Later, Hunter said, Graham met Conte, who began providing the coach with BALCO "nutritional supplements," which were actually an experimental class of "designer" steroids said to be undetectable by any drug screening procedures available at the time.

Graham then distributed the performance enhancers to Jones and other athletes.

In 2007, Jones admitted that she had used banned drugs.

She was stripped of her medals from Sydney 2000 and sentenced to six months in prison after she admitted to lying to Federal agents under oath about her steroids use before the Olympics.