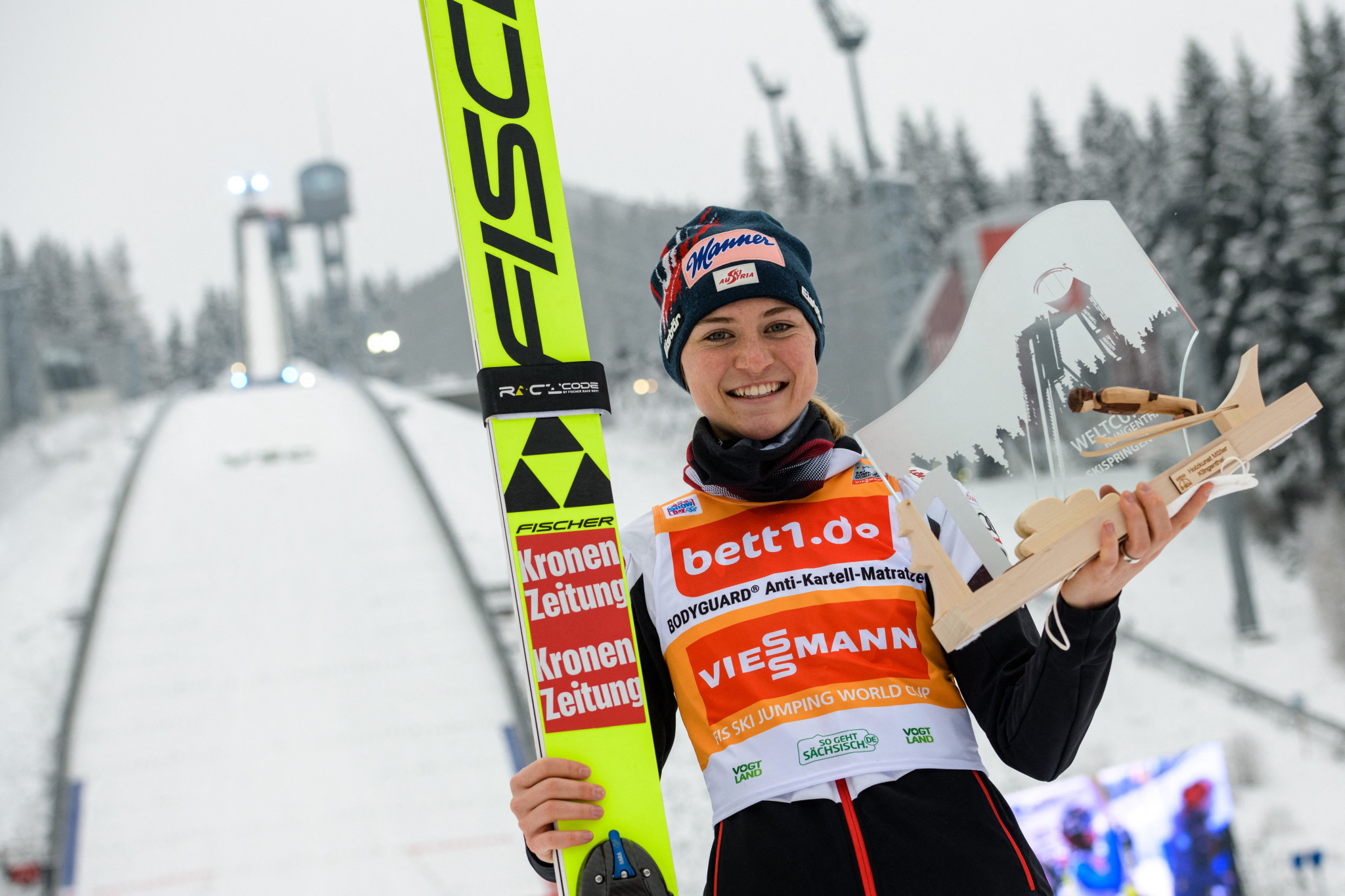 Kramer overcame Silje Opseth to win yesterday and defeated the Norwegian again to extend her lead at the top of the overall women’s standings.

The 20-year-old laid down a marker with a superb jump of 137 metres before backing that up a leap of 134m to secure a combined total of 260.3 points.

"I'm very satisfied with my performance today, my jumps were a lot better than yesterday," said Kramer.

"This is an amazing hill here in Klingenthal, when you have a good jump it's an awesome feeling.

"Now I'm looking forward to the competition in Ramsau next weekend."

Opseth had to settle with a runners-up spot for the second successive contest as she claimed silver with 239 after two jumps of 130m.

"It's a good feeling to be on the podium," said Opseth.

"My jumps are not at 100 per cent and it's good to know that there's still room for improvement and I still finished second."

Katharina Althaus of Germany claimed her fourth podium of the season after coming third with 236.5 courtesy of jumps of 129.5m and 127m.

Sara Takanashi of Japan had the longest jump of the day with 140m in the final round but finished fourth with 230.4.

Austria also topped the men’s podium thanks to Stefan Kraft’s victory in Klingenthal.

Kraft produced jumps of 138m and 130m to finish on 267 - five points ahead of closest challenger Halvor Egner Granerud of Norway.

World Cup leader Karl Geiger of Germany finished outside the medal places in fourth with 257.9 - the same score as compatriot Markus Eisenbichler.