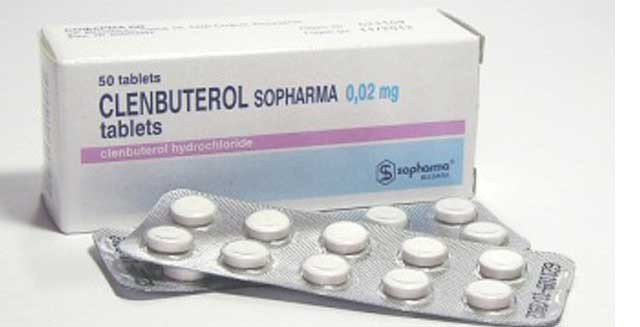 Athletes competing at the upcoming 2022 Winter Olympic and Paralympic Games in Beijing have been told to "exercise extreme caution" when eating meat in China amid fears it could be contaminated with banned substances.

The World Anti-Doping Agency (WADA) has reiterated its advice to athletes regarding potentially contaminated meat in the country, which has been known to contain low levels of the steroid clenbuterol.

It comes after the German National Anti-Doping Agency warned its athletes to avoid all Chinese meat and to seek an alternative.

A WADA spokesperson said its guidelines for athletes to "only to eat at places given the all-clear by event organisers" in countries such as China remained in place, although this should not be an issue as competitors will eat the majority of their meals within the Athletes' Village.

All Olympic participants will be unable to access the outside world for the duration of their time in Beijing as part of the "closed-loop management system", meaning they cannot visit restaurants where contaminated meat could be sold.

WADA said it was the "responsibility of event organisers and Governments to ensure the meat available to athletes is not contaminated", including at the Village.

Clenbuterol has long posed problems for testers owing to its presence in meat liable to be consumed by athletes living in, or visiting, various countries, mainly China and Mexico.

WADA changed its policy in dealing with such cases in 2019, while its Executive Committee last year approved recommendations from the organisation's Contaminants Working Group regarding the minimum reporting levels for diuretics and growth promoters.

The modification means that in cases where a low level of clenbuterol is detected, an investigation into the circumstances of the finding would be conducted.

Only after this investigation had been completed would it be decided whether the athlete in question merited an anti-doping rule violation or not.

Under these new instructions, for cases of clenbuterol at a concentration at or below 5ng/mL, WADA-accredited laboratories "shall report the result as an atypical findings".

"When the circumstances of a positive case indicate that the athlete has been in one of the identified countries where clenbuterol meat contamination is significant, the anti-doping community views it as unreasonable to put the burden of proof on the athlete, i.e. to prove that the meat, which he or she had consumed, was contaminated," the spokesperson added.

"However, before a case is closed on the basis of low clenbuterol levels consistent with contamination, WADA recommends careful investigation of each case, considering such things as meat intake and whether there was exposure to a geographical area where contaminated meat is known to be prevalent.

"After following the appropriate instructions and investigative steps, Anti-Doping Organisations may close cases and allow an athlete to retain their results (for samples collected in-competition) if it is determined that the detection of the substance in their sample is consistent with meat contamination."