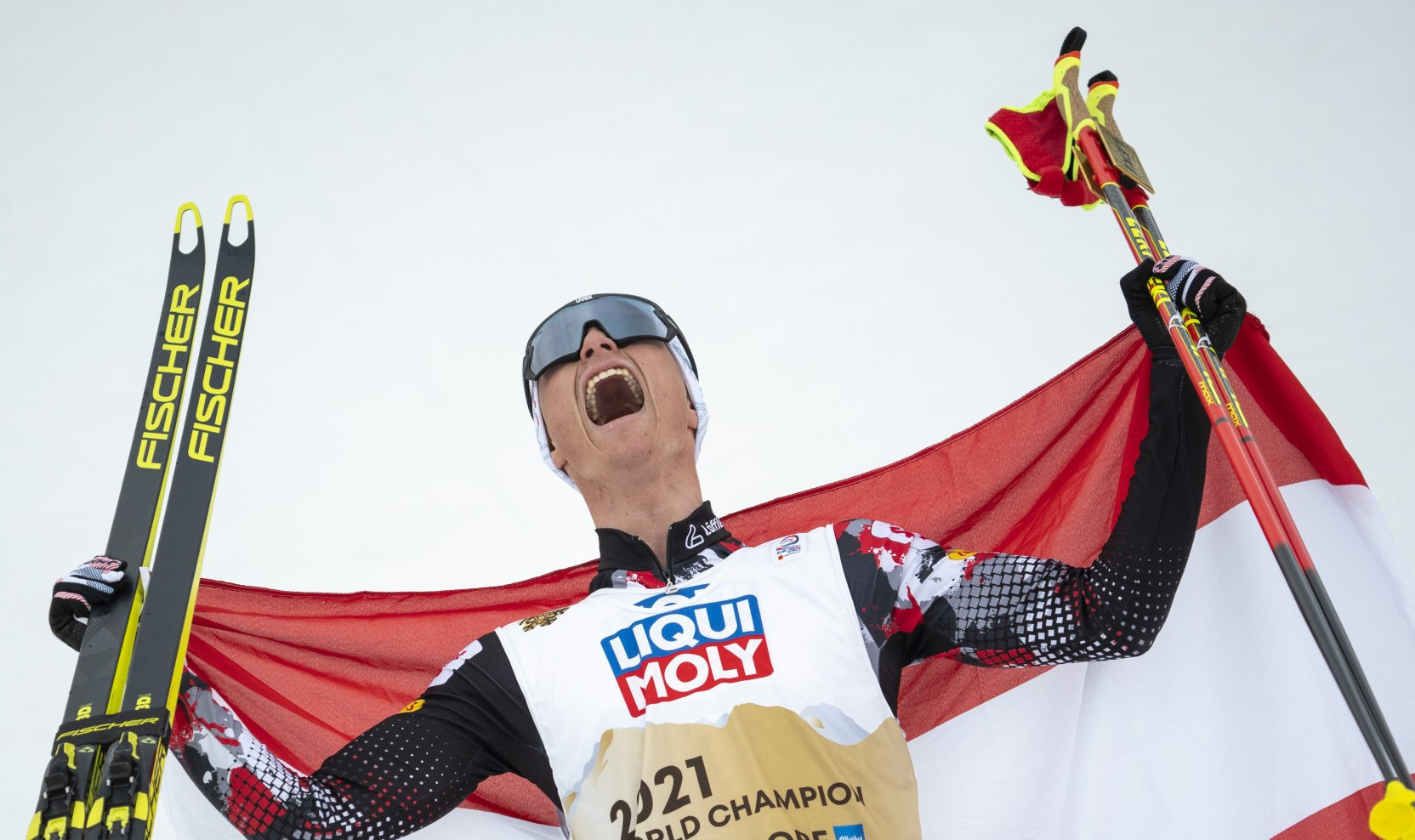 Austria's Lamparter was in the top three after the jumping round and then involved in a thrilling battle for the line with Kristjan Ilves and Ryōta Yamamoto.

Estonia's Ilves led after the jumping at the German venue, amassing 145.8 points, but was just 0.3 ahead of Yamamoto for an advantage of 1.0sec.

Lamparter started 9.0sec back but soon caught up with the leaders.

Lamparter pulled ahead on the final ascent and was able to hold off Ilves by a fine margin, winning by 0.3sec.

Japan's Yamamoto, who had only once before finished on the World Cup podium in an individual event, was 0.7sec behind in third place.

What a tight fight for the podium 🔥 #JohannesLamparter is the winner of the first Individual Gundersen in Klingenthal today! Watch the highlights of the exciting race in our highlights 👏 #fisnoco #nordiccombined pic.twitter.com/ZWzfAJWuR4

This was an excellent outing for Lamparter's crystal globe hopes, as home athlete Vinzenz Geiger finished down in 13th.

Riiber, who has won seven World Cup legs this season, is not competing in Klingenthal because of a back complaint.

It means that Lamparter will seize the overall World Cup lead should he score any points in tomorrow's second Gundersen.

Lamparter and Riiber each have 700 points, with Geiger closest to them on 550.