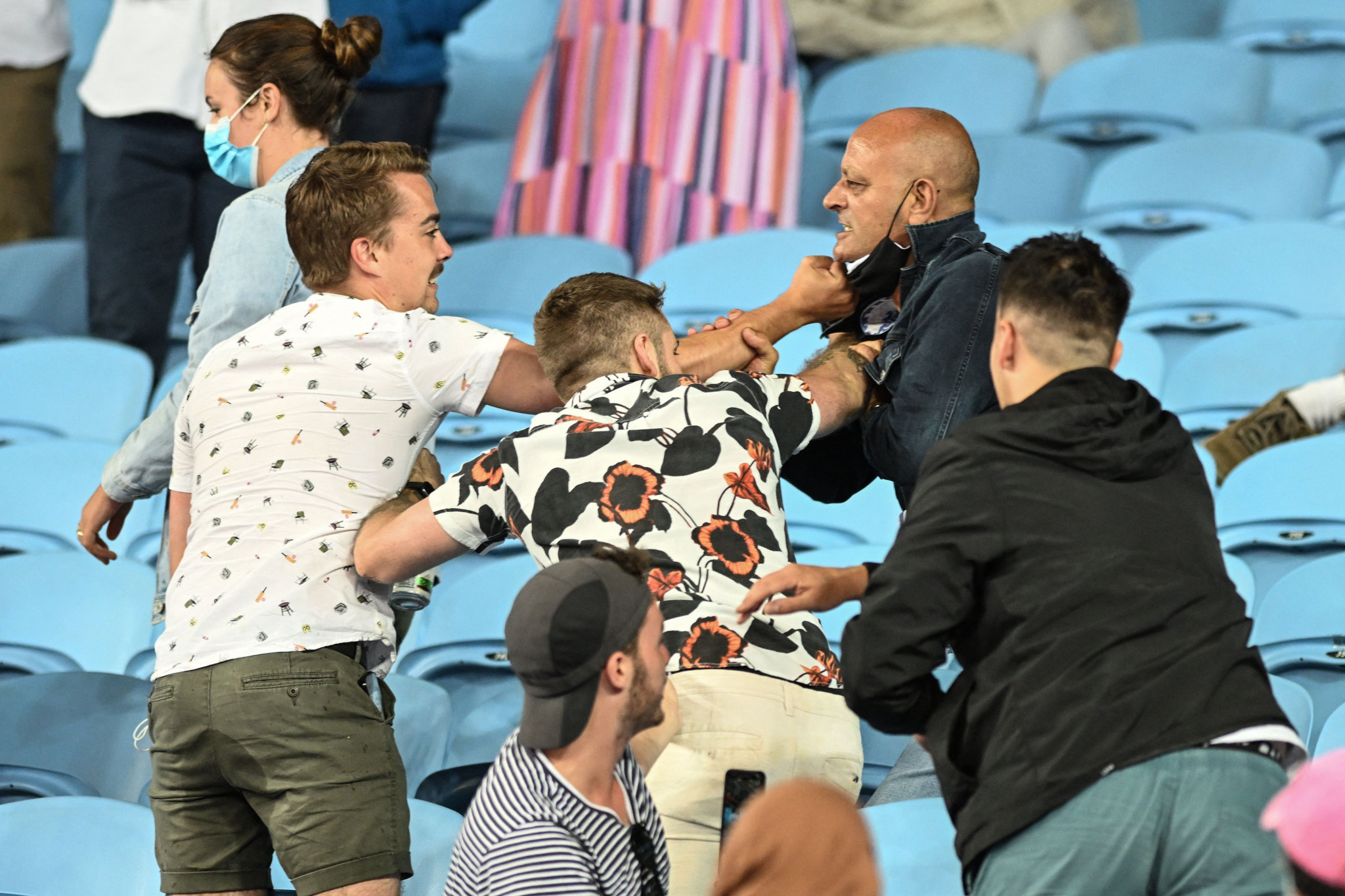 An anti-mask spectator was ejected from the Australian Open, while, in another incident, a fight broke out between fans in Melbourne.

Captured by photography company Getty Images, a brawl started between a fan wearing a mask and two others unmasked at Melbourne Park, although there is no reports on how this erupted or who instigated it.

Australian Open organisers require all attendees to wear masks unless eating or drinking, and everyone over the age of 12 must be fully-vaccinated against COVID-19 or have a valid medical exception, showing a digital medical certificate for entry.

It was not the only issue off-court on the opening day, it has been revealed, after an anti-mask spectator was ejected from the Rod Laver Arena during the all-German match between third seed Alexander Zverev and Daniel Altmaier.

The fan started chanting "masks don't work" before being led out by police officers.

He had previously been holding up a sign protesting the mask mandate even when he was asked to refrain from doing so.

Someone shouted “Get him out of here.”

Someone else shouted what sounded like “no mask, no play.”

(My wife says “no hat, no play” is a common schoolyard rule in Australia.) @AustralianOpen pic.twitter.com/Yc2IYSagyg

This was the slot in the draw was initially reserved for world number one Novak Djokovic's match against Serbian compatriot Miomir Kecmanović before the defending champion was deported after his visa was cancelled.

The nine-time Australian Open champion won an appeal against his deportation last week after spending several days in an immigration detention centre upon arrival in the country.

Djokovic had obtained an exemption from tournament organisers to play while being unvaccinated as the 20-time Grand Slam champion had COVID-19 on December 16, which Tennis Australia and the Victorian Government accepted was grounds for an exemption, but this was rejected by border officials who said he had failed to meet vaccination requirements to enter Australia.