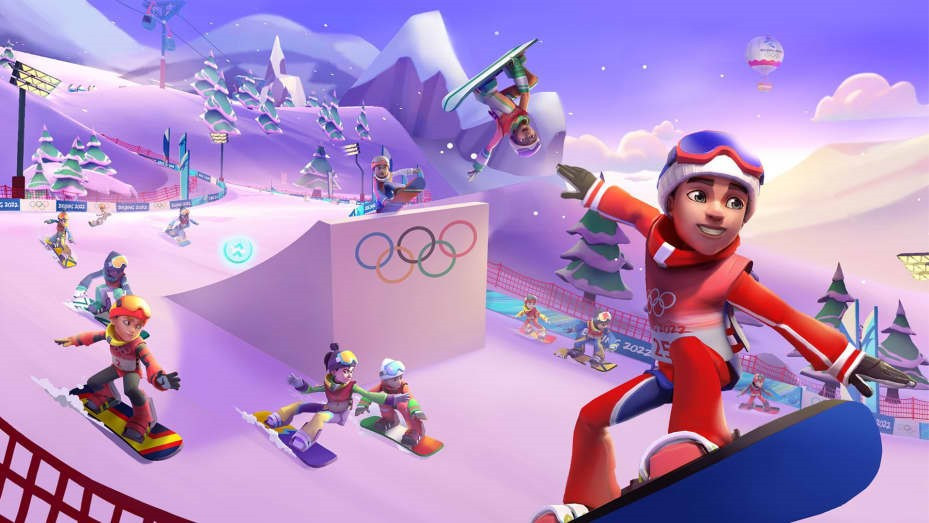 The game allows players to compete in a number of Olympic events, including snowboarding and skiing.

Players can customise their own avatars too.

Digital versions of Olympic pins can be bought and traded with other users on nWay's marketplace.

The digital pins are licensed through the IOC's official programme.

"We intend to support the game with continuous updates in the months to come, to keep the players engaged, and the Olympic spirit ongoing," said Taehoon Kim, chief executive of nWay.

NFTs, unique digital units which can be sold and traded like other collectibles, are considered controversial by many and have been criticised for being a speculative asset as well as for their energy cost and the carbon footprint associated with validating blockchain transactions.

These bubbles often crash, decreasing the value of the product sharply.

Other critics have likened NFT markets to a pyramid scheme, where early adopters profit at the expense of those buying later.

In Olympic Games Jam: Beijing 2022, users can join up to 15 players worldwide to compete in real time, arcade-style contests in Winter Olympic disciplines.

Players can earn NFTs for their performances, which it is promised can then be traded for crash prizes.

The game is free to download on the Apple and Android app stores.