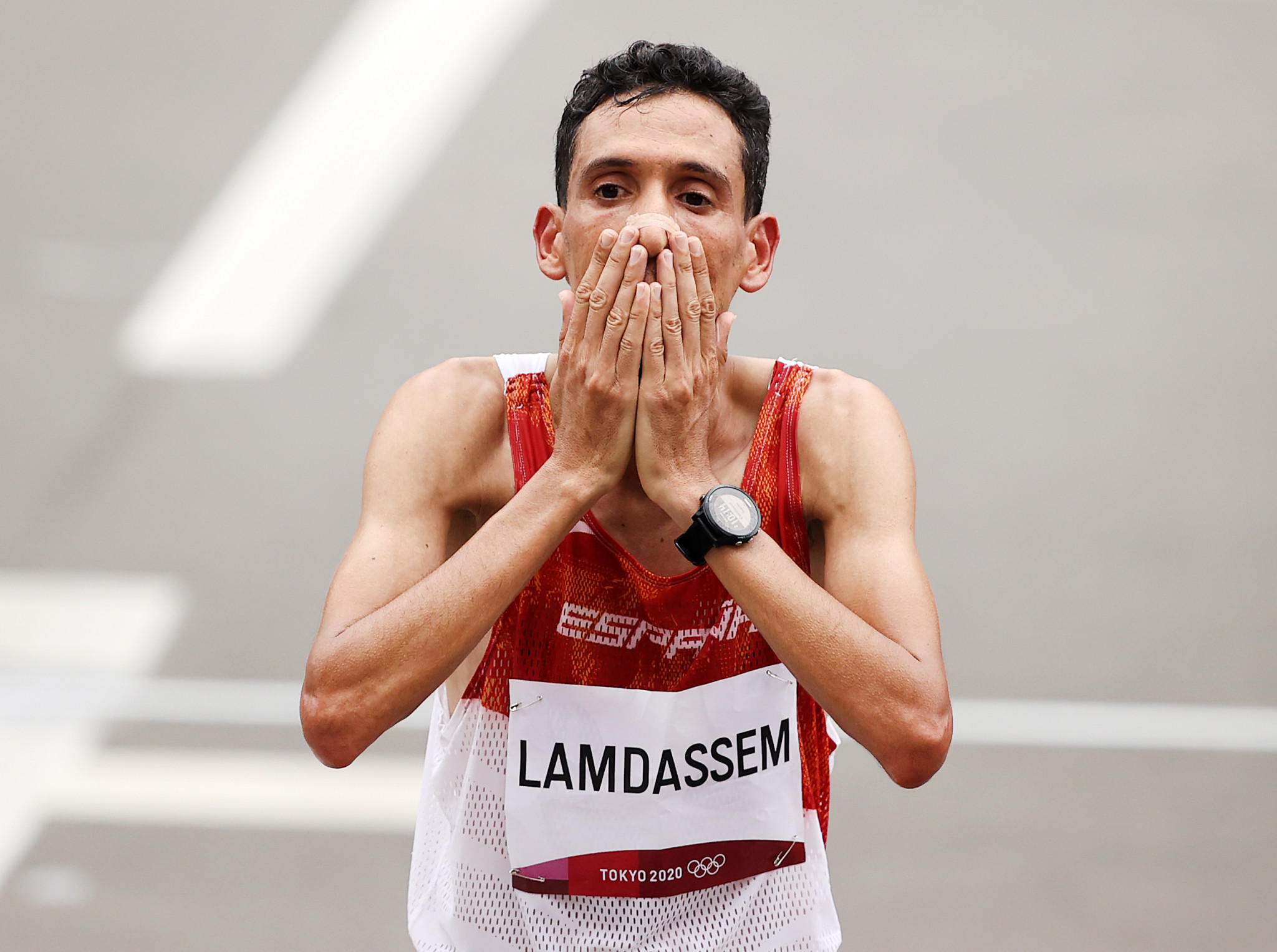 Ayad Lamdassem is aiming to win his first major gold medal at the Munich 2022 European Athletics Championships following his record-breaking run in the Seville Marathon on Sunday.

Lamdassem, who is Moroccan-born but competes for Spain internationally, finished sixth in Seville, clocking at 2 hours 6 minutes and 25 seconds - a record for someone aged 40 or over.

At the Tokyo 2020 Olympic Games, he finished fifth in the men’s marathon.

"I'm very happy with this time, it was my goal," Lamdassem told the Spanish newspaper Marca after the race.

"I was training very well and I wanted to take advantage of that work so I opted for Seville when I found out I couldn't go to Japan [for the Tokyo Marathon].

"I loved this circuit - several friends had already told me it was very good to run here and it was."

The veteran runner has won the European cross-country individual silver medals in 2010 and 2011 and has been amongst the medals for Spanish winning team.

Ayad Lamdassem becomes the fastest athlete aged 40 or over to run a marathon with a 2:06:25 clocking in the Seville Marathon! pic.twitter.com/9uQQQfaMwT

He also claimed a silver medal at the 2016 European Athletics Championships.

Nevertheless, he has run in marathons for the last four years and his powers in the event have grown.

Despite his age, Lamdassem is still looking to play through at least one more full Olympic cycle, making him 43 years of age if he were to appear at his fourth Olympic Games.

Lamdassem may be one of the oldest competitors at the event, but this does not mean he is without a shout of winning.

Britain’s Jack Holden won the marathon title as a 43-year-old in 1950 while the oldest-ever European Championship medallist is Finland’s Vaino Muinonen - who took bronze in 1946.

In 2010, José Manuel Martinez, aged 38, became Spain’s oldest medallist at the European Athletics Championships in Barcelona 2010 when he won silver - a potential record Lamdassem could smash when he runs on August 15.

The 2022 European Athletics Championships in Munich will be staged between August 11 and August 21.