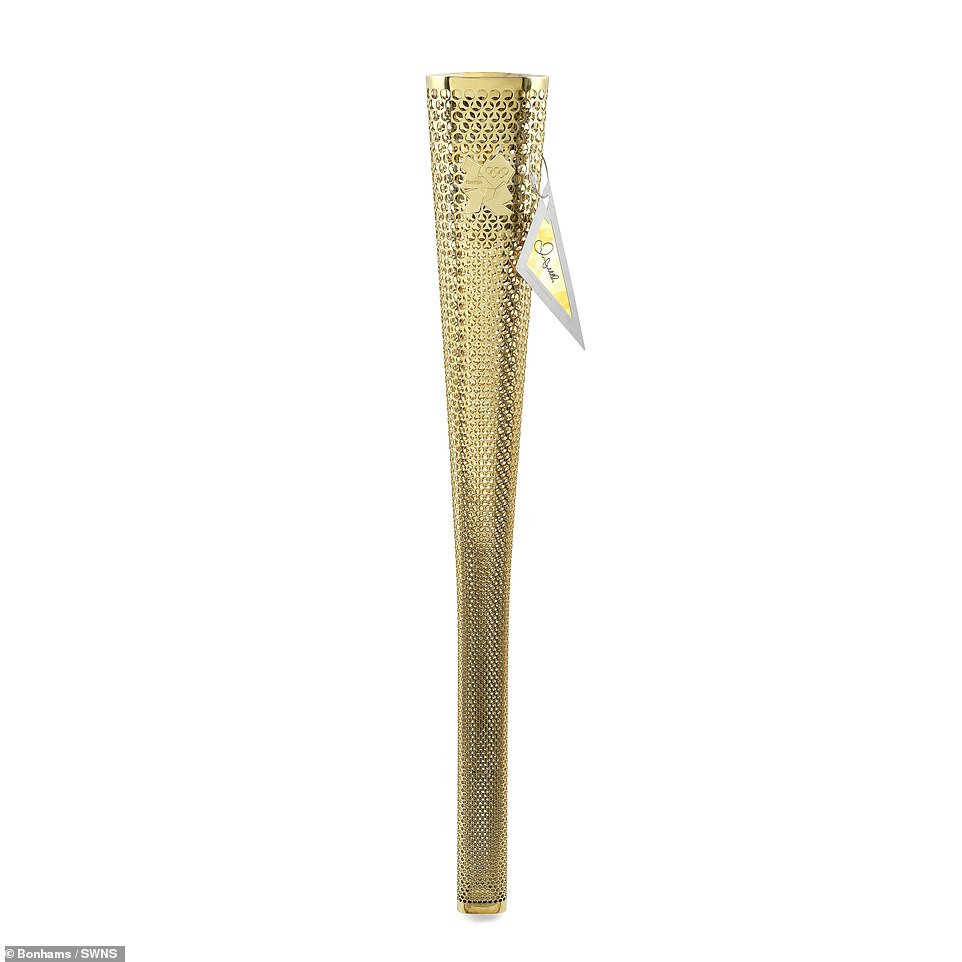 An Olympic Torch carried by David Beckham at the start of the London 2012 Torch Relay has been left unsold at an auction.

But it failed to reach its reserve price.

The Torch had been carried by Beckham on May 18 in 2012 when it was used to signal the start of the London 2012 Torch Relay by lighting the Olympic Cauldron at Culdrose naval airbase in Cornwall where it arrived from Athens.

The Olympic Flame had been handed over to organisers of the London 2012 Games at a ceremony beneath a rainbow in the Greek capital the previous day.

At the handover ceremony, crowds in the Stadium had stood beneath multi-coloured umbrellas as the national anthems of the United Kingdom and Greece were sung by a British school choir and a Greek tenor.

Heavy rain abated and a rainbow could be seen as the Flame was carried at a Stadium which hosted the first modern Olympic Games in 1896.

It was carried by Christina Giazitzidou, Greece's world champion in rowing, who held aloft an olive branch of peace in her free hand.

Celebrated athletes then carried the Flame around the athletics track in a relay.

The final Torchbearers, Greek weightlifter Pyrros Dimas and Chinese gymnast Li Ning, who had lit the Olympic Cauldron at Beijing 2008, ignited a Cauldron in the centre of the Stadium, formally ending the Greek leg of the Relay.

After Princess Anne received the Flame, it was transferred to a small lantern which was guarded overnight at the British Embassy in Athens before being flown to the UK.

Lit in Olympia on May 10, the Flame was taken on a week-long tour of Greece.

Designed by British designers Edward Barber and Jay Osgerby, the London 2012 Torch has a triangular form that was developed in recognition of a pattern of trinities relating to the Olympic Games.

They also reduced the Torch's overall weight and ensure that heat from its Flame is dissipated without conducting down the handle.

Beckham carried the Torch again in the final stages of the Relay carrying it on a speedboat down the River Thames on July 27 as it approached the Olympic Stadium for the Opening Ceremony.

The Bladerunner RIB 35 craft used to transport Beckham had been put up for auction by Bonhams in November 2012.

More successful seemed to have been Sarah Milner Simonds, nominated as a Torchbearer for her work as a community gardener in social housing areas from Burnham-on-Sea in Somerset, who sold her Torch for £153,300 ($202,900/€185,600) on eBay for a gardening project shortly after its arrival in the UK.

The offer, though, later turned out to be a hoax.