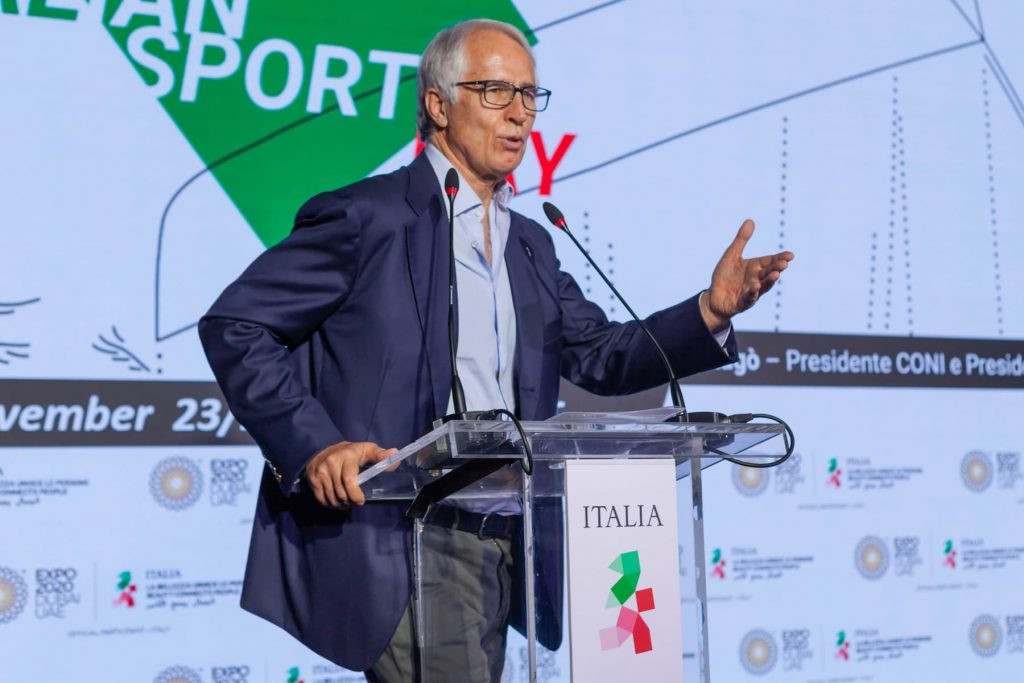 Italy is hoping to use staging the 2026 Winter Olympic Games in Milan and Cortina d'Ampezzo as a launchpad for a bid to host Expo 2030 in Rome.

The postponed Expo 2020 is currently taking place in Dubai with the theme "Connecting Minds, Creating the Future".

A record 192 countries are participating in the event, including Italy.

"We are communicating what we want to do through the Expo in our country and in sport," Italian National Olympic Committee and Milan Cortina 2026 President Giovanni Malagò said during a special event to promote sport in the country at its Pavilion in Dubai.

"The Italian presence at Expo Dubai is also important for Rome's candidacy for Expo 2030.

“We were involved in a series of initiatives concentrated between 4 and 5 March dedicated to sport, with our athletes and with the Milan-Cortina 2026 Committee, to promote our country, in terms of communication."

Luca Pancalli, President of the Italian Paralympic Committee, also believes that Milan Cortina 2026 will be of benefit to Rome’s bid.

"Sometimes short-sighted we always look at sport at the same level competitive, but it is an economic activator, investing in sport gives well-being to our citizens, an active well-being," he said at the event called "Sport Futuri e Futuro dello Sport".

"Investing in sport, investing in cultural paths, such as the great events of Milan-Cortina 2026 for our country means looking to present projecting us into the future."

Rossana Ciuffetti, Italy’s director of the School of Sport of Sport and Health, outlined the benefits of sport to society in the country.

"In Italy, the sport and health sector are a driving force for the economy with 12 million members, 120,000 companies and associations, almost 40,000 companies and 330,000 employees and is worth 3.4 per cent of GDP (gross domestic product)," she said.

The Italian capital is one of five bidders to host the proposed world’s fair in 2030.

Two of the bidders, Moscow and Odesa, however, are likely to be ruled out following the Russian invasion of Ukraine.

The other bidders are Busan in South Korea and Riyadh in Saudi Arabia.

A decision is due to be held next year.

Italy has hosted World Expo twice previously, both times in Milan, first in 1906 and then again in 2015.

Milan Mayor Giuseppe Sala has credited the success of Expo 2015 with helping give Milan the confidence to bid for the Winter Olympics.

Beijing also used Expo 2015 as a major promotional opportunity in its successful bid to host the 2022 Winter Olympic and Paralympic Games.