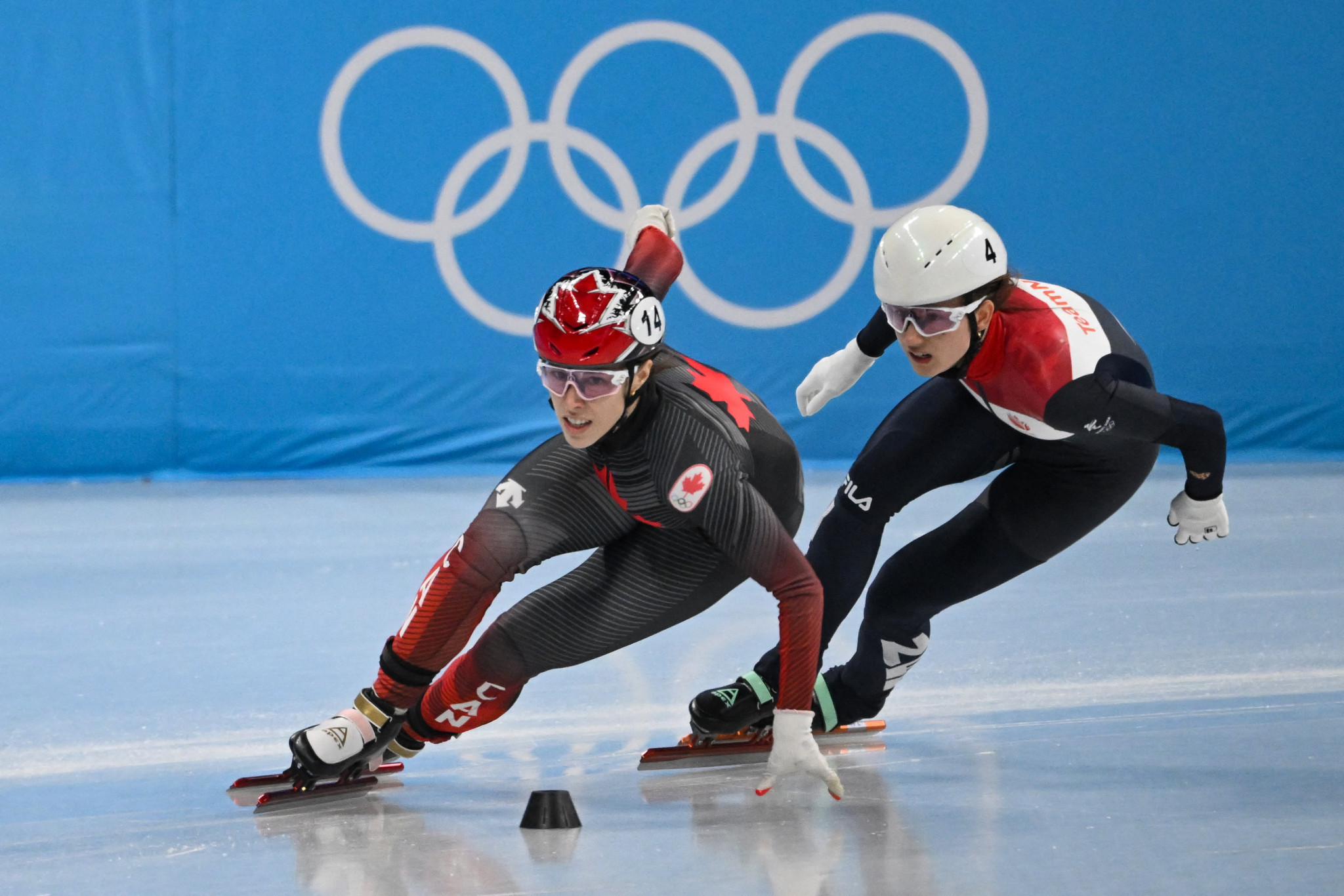 Canada’s Florence Brunelle claimed three gold medals at the World Junior Short Track Speed Skating Championships in in Gdansk to underline her billing as a potential star of the future.

The 18-year-old had been part of Canada’s short track squad at Beijing 2022, where she narrowly missed out on a medal after ending fourth in the women's relay event.

Brunelle, who has been compared to Canada’s four-time Olympic medallist Kim Boutin, enjoyed three visits to the podium during the International Skating Union (ISU) junior event at the Hala Olivia.

She claimed gold in the women’s 500 metres event, leading a Canadian one-two.

Brunelle finished the race in a winning time of 44.473sec, with team-mate Ann-Sophie Bachand ending second in 44.559.

The Netherlands’ Michelle Velzeboer completed the podium in 44.659.

A hat-trick of gold medals was secured in the women’s 3,000m relay, where Brunelle, Bachand, Anna-Clara Belley and Ayisha Miao triumphed in a time of 4:19.363.

South Korea celebrated success in the women’s 1500m competition, with Kim Gil-li adding to her 1000m silver by clinching the gold medal in 2:24.688.

The Netherlands’ Jenning de Boo held off Hungarian opposition to claim the 500m title, crossing the line in 41.319.

Hungary’s Bence Nogradi and Peter Jaszapati rounded off the podium places, achieving times of 41.385 and 41.492 respectively.

Nogradi and Jaszapati won silver for Hungary with Ádám Granasztói and Dominik Major in a time of 4:06.986.