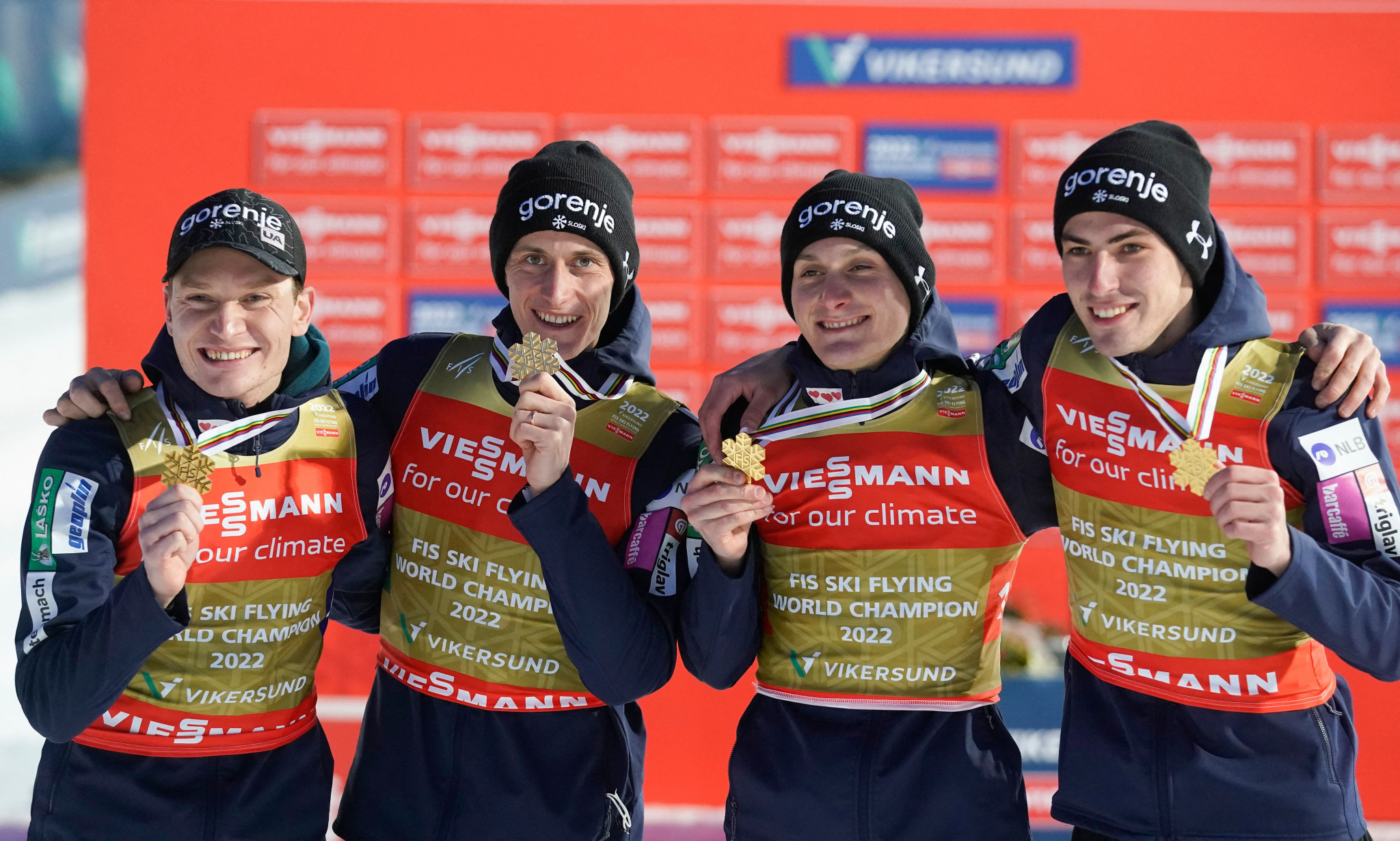 Slovenia were crowned team champions for the first time at the International Ski Federation Ski Flying World Championships after a dominant display in Vikersund.

Slovenia had been able to field four of the top six finishers in the individual competition, which concluded yesterday at the historic Vikersundbakken in Norway.

Individual silver medallist Timi Zajc contributed 217.7 points to his team’s tally in the first round, while brothers Domen and Peter Prevc earned 207.5 and 212.3, respectively.

Anze Lanisek proved the star in the opening round by achieving the top score of 225.6 points and helping Slovenia top the standings at the halfway mark on 863.1.

Germany and Austria completed the top three after the first round, but were adrift of the leaders on 799.7 and 785.9 points, respectively.

The Prevc brothers added 203 and 209 points to their team’s total in the second round, while Zajc recorded the highest score with 225.2.

The Slovenian quartet ended the competition with a combined total of 1,711.5 points, more than 100 clear of nearest challengers Germany, whose team of Severin Freund, Andreas Wellinger, Markus Eisenbichler and Karl Geiger scored 1,583.5 points.

Slovenia's previous best performance had been winning the silver medals behind Norway at Oberstdorf in 2018.