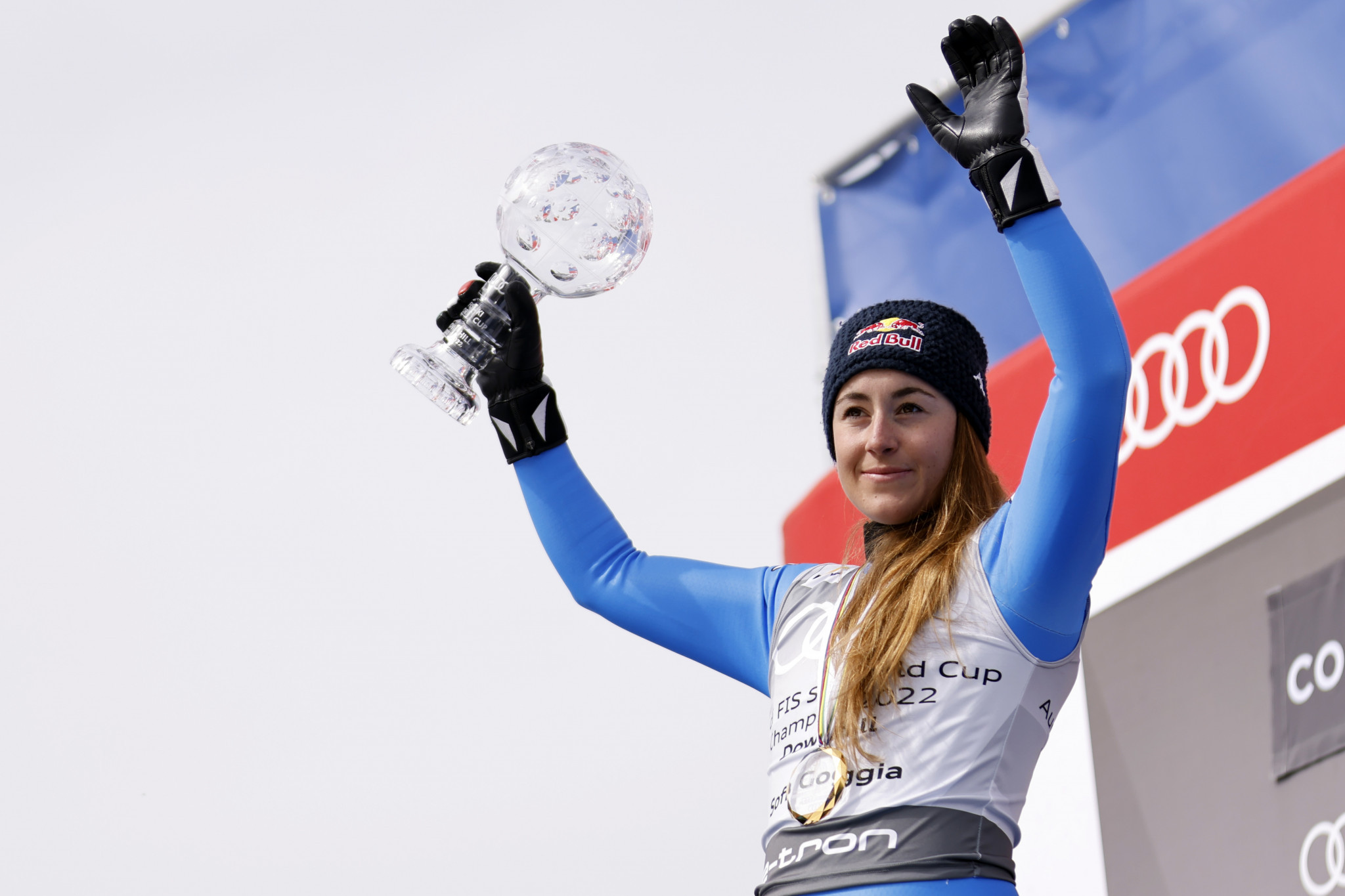 Aleksander Aamodt Kilde and Sofia Goggia clinched the men's and women's downhill Crystal Globes respectively, despite both missing out on the podium on the first day of the International Ski Federation (FIS) Alpine Ski World Cup Finals in Courchevel-Méribel.

Norway's Kilde, Swiss pair Beat Feuz and Odermatt, and Italy's Dominik Paris were all in contention for the downhill title.

The race was won by Austria's Vincent Kriechmayr, who clocked 1min 50.43sec.

Kilde placed fourth with his time of 1:51.28, but it was enough to stave off the three challengers for the downhill title.

Defending World Cup and Olympic downhill champion Feuz finished third in Courchevel and second in the downhill standings with his time of 1:50.97.

Odermatt's was 0.34 off the pace in second which coupled with Kilde's result, making him the overall Crystal Globe winner.

Kilde won the downhill title by 13 points over Feuz, with Paris finishing third 98 points behind the Crystal Globe winner.

On the women's side, only Switzerland's downhill Olympic champion Corinne Suter could deny the Italian Goggia the season's title, but she required the maximum 100 points from victory on the new L'Éclipse course in the French resort.

However, Suter's time of 1:27.98 was only enough for 19th place, which left Goggia only needing to complete the course.

She succeeded in 1:27.68, which earned the Olympic silver medallist 12th place.

The race winner Mikaela Shiffrin of the United States took an important step towards the overall Crystal Globe.

This was her first World Cup victory since Schladming on January 11, and extended her lead over Slovakia's Petra Vlhová to 156 points.

Second-place was awarded jointly in the downhill race, with Austria's Christine Scheyer and Switzerland's Joana Hählen both finishing 0.10 shy of Shiffrin's 1:27.00.

The FIS Alpine Ski World Cup Finals are due to continue with the super-G races tomorrow.