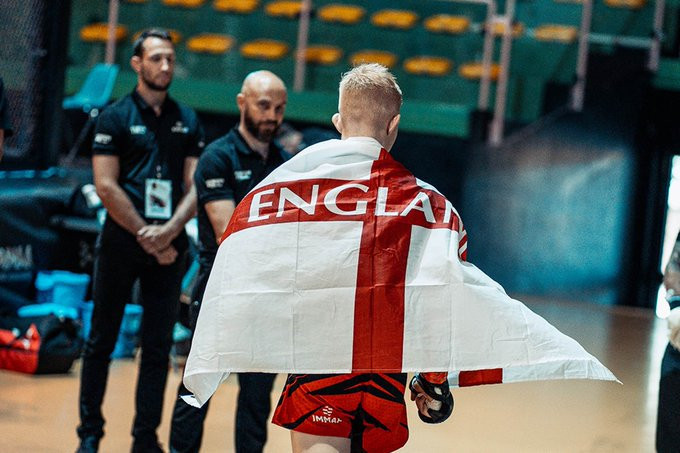 The agreement will give the national governing body an opportunity to work alongside the multi-billion-dollar promotion and gain experience as it continues to work towards Government recognition of the sport.

"On behalf of the IMMAF Board of Directors and chief executive, I would like to congratulate the English Mixed Martial Arts Association on their agreement with the UFC to shadow sanction the upcoming UFC Fight Night: Volkov vs Aspinall (UFC London) event on Saturday, March 19, 2022," said International Mixed Martial Arts Federation (IMMAF) President Kerrith Brown.

"I commend the entire EMMAA staff and volunteers and President Marc Goddard for their diligent work to progress the governance of MMA in England, working with key stakeholders such as the UFC to ensure development at all levels, including sanctioning."

Former IMMAF athlete Muhammad Mokaev of Britain is set to make his UFC debut against American Cody Durden in a flyweight contest while Wales' Jack Shore is looking to continue his unbeaten run with a victory over Russia's Timur Valiev.

??????? @muhammadmokaev, who amassed an amateur record of 23-0 throughout a storied IMMAF career, makes his @UFC debut this Saturday at #UFCLondon

The Jr Bantamweight dominated in Rome to secure a first European title in 2019 ? pic.twitter.com/cj8jSjyv2q

They feature in the preliminary bouts at the capital's 02 Arena before the main event between Alexander Volkov of Russia and Britain's Tom Aspinall.

"This is a fantastic gesture and move by the World’s leading Mixed Martial Arts organisation the UFC," said EMMAA acting chairman Marc Goddard.

"It shows their commitment and openness to ensure that both the safe and correct rollout of the sport is adhered to in a unified and recognised manner as well as allowing developing regulatory bodies the chance to cooperate and work alongside them.

"I would like to sincerely thank the UFC for allowing the EMMAA to be able to shadow sanction and gain from the experience and knowledge that they have in putting on world-class events whilst maintaining the highest of standards."