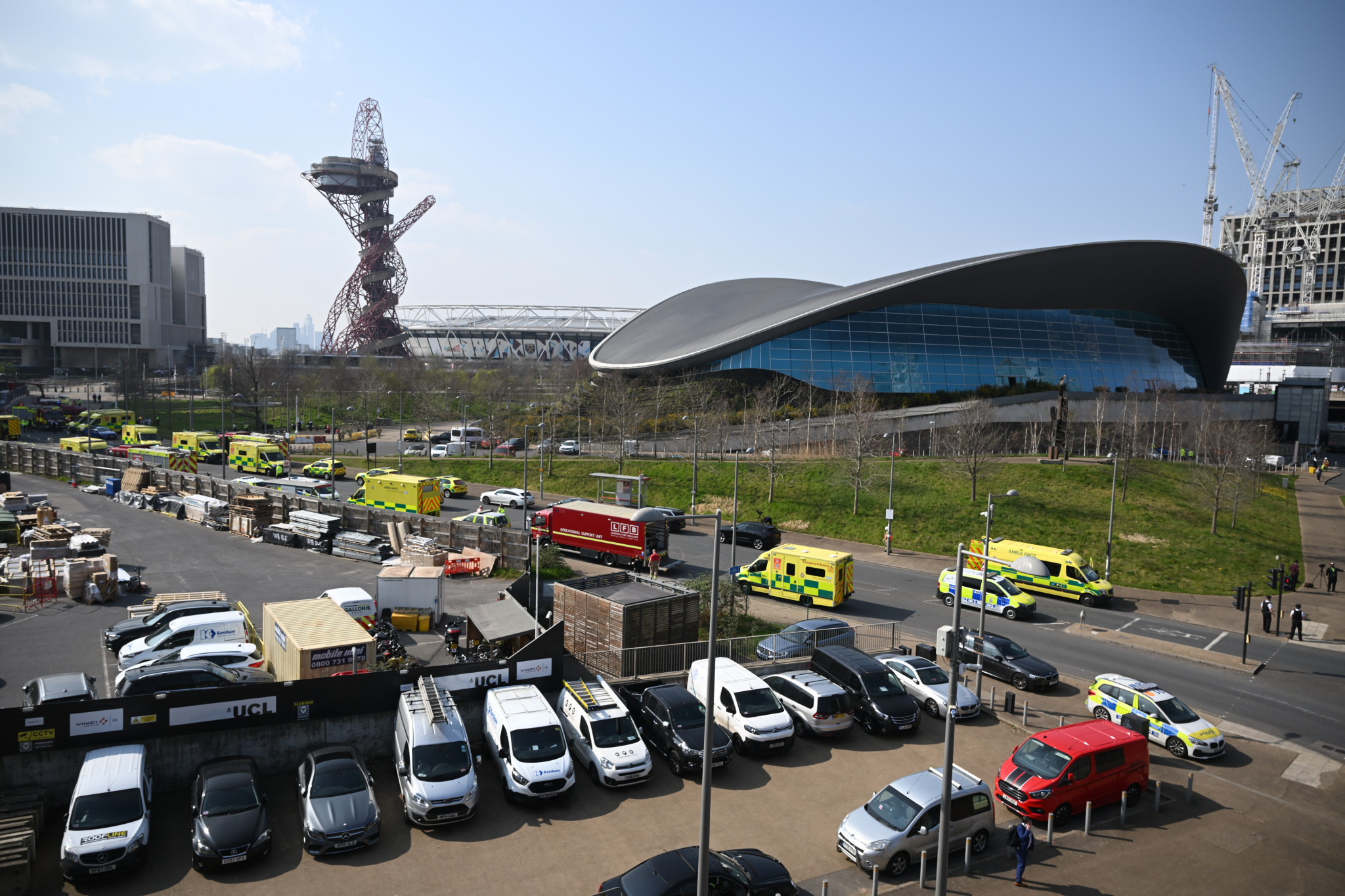 Twenty-nine people have been taken to hospital after a chlorine gas leak at the London Aquatics Centre.

The venue said the incident occurred after a facilities management company took delivery of pool chemicals.

Forty-eight other people were treated at the scene for breathing difficulties, the London Ambulance Service confirmed.

Homerton Hospital said 12 adults and seven children were among its patients.

Others were taken to Newham Hospital and The Royal London Hospital.

"This morning we responded to a major incident at the London Aquatics Centre in Stratford, alongside colleagues from the London Fire Brigade and Metropolitan Police," said Darren Farmer, a gold commander with the Ambulance Service.

"Our crews took 29 patients to hospital and assessed a further 48 patients at the scene.

"The majority of patients were reporting minor breathing difficulties.

"Thank you to all our teams who responded today, both at the scene and in our control room, and to our firefighter and police colleagues."

A statement from the London Fire Brigade said that due to a chemical reaction, a "high quantity" of chlorine gas was released inside the centre.

Ventilation of the building is now taking place and the Centre said it was "awaiting guidance" on when it could reopen.

Eyewitnesses told the Evening Standard about a fire alarm going off and people leaving the building covering their mouths.

Both children and elderly people are reported to be among those who were inside, with some photographed on stretchers and wrapped in foil blankets.

People were in the pool at the time the centre was evacuated.

Update Aquatic Centre in #Stratford. Due to a chemical reaction a high quantity of chlorine gas was released inside the centre. While we ventilate the premises we would ask those residents in the immediate vicinity to close their doors and windows https://t.co/Jx8kHmRReO pic.twitter.com/YBuNiaAGmZ

Social media videos had shown ambulances rushing to the scene.

Around 200 people were evacuated from the centre in all, and the site was cordoned off.

Nearby residents were asked to close their doors and windows.

"There has been an incident at the Aquatics Centre this morning involving the release of a gas," the Queen Elizabeth Olympic Park said.

"There are a number of casualties with breathing difficulties being treated by the London Ambulance Service."

The Aquatics Centre lies adjacent to London Stadium and is next to a busy shopping centre.

Sadiq Khan, the London Mayor, said: "I remain in close contact with our emergency services who are dealing with a gas-related incident at the London Aquatics Centre this morning.

"Please avoid the area which has been cordoned off and evacuated."

An event was held at the Aquatics Centre last week to promote plans for the 10-year anniversary of London 2012.

The venue is now in regular public use, including for swimming lessons.