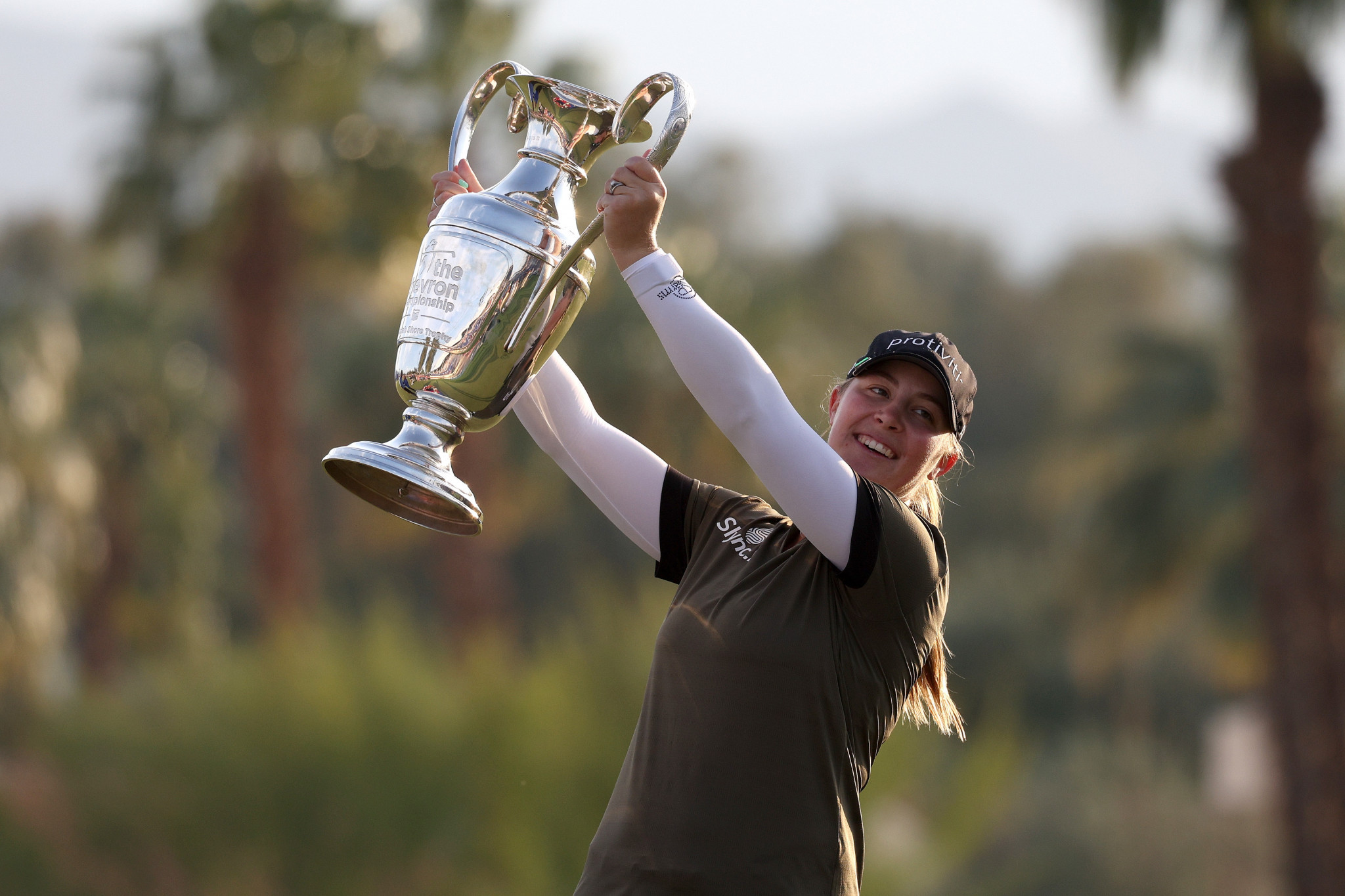 World number 53 Jennifer Kupcho of the United States captured her first major title with victory at the Chevron Championship at Mission Hills in California.

A stunning third-round score of 64 proved to be the key as Kupcho held off compatriot Jessica Korda on the final day to also clinch her maiden Ladies Professional Golf Association (LPGA) Tour title.

Kupcho, who held an overnight six-shot lead, hit a closing round of 74 that included five birdies and seven bogeys.

Korda mounted a strong challenge as she finished with a three-under 69, but Kupcho clung on to win by two shots.

"I think it's surreal," said Kupcho.

"To be a major winner is really special, and to be the last person here at Mission Hills to jump into Poppie's Pond."

The tournament is moving to a new venue in Texas from next year.

Kupcho became the first American to clinch the Chevron Championship crown, formerly known as the ANA Inspiration, since Brittany Lincicome in 2015 and seventh player to make the major her first win on the LGPA Tour.

"I came out just trying to shoot a couple under," said the 24-year-old.

"I had a six-stroke lead and I shot eight under yesterday, so I figured if someone can do that, then they deserve to be in a playoff.

"That was my mentality and what I was fighting for all day.

"Obviously I didn't get there but still pulled it out."

Korda started strong with an eagle on the second hole along with two birdies on the 11th and 12th, and was two shots back of the lead heading into the par-four 15th.

But one bogey and a series of pars to finish out the final round saw Korda end in solo second at 12 under, her career-best finish in a major.

"I was further back starting than I wanted and bunch of lipouts, and it is what it is," said Korda, whose sister Nelly is the reigning Olympic champion but did not play at the Chevron Championship.

"Sometimes you got to be lucky to win majors, and I still haven't found that yet.

"Second place is not bad after being three-over through seven, so I’m pretty proud of myself."

Slovenia’s Pia Babnik posted a six-under 66 that included an eagle, five birdies and a lone bogey to finish third at Mission Hills.

The 18-year-old was followed by four players tied for fourth at 10 under, including Thailand’s defending champion Patty Tavatanakit, who played alongside Kupcho in the final grouping and shot an even-par 72 in the last round.