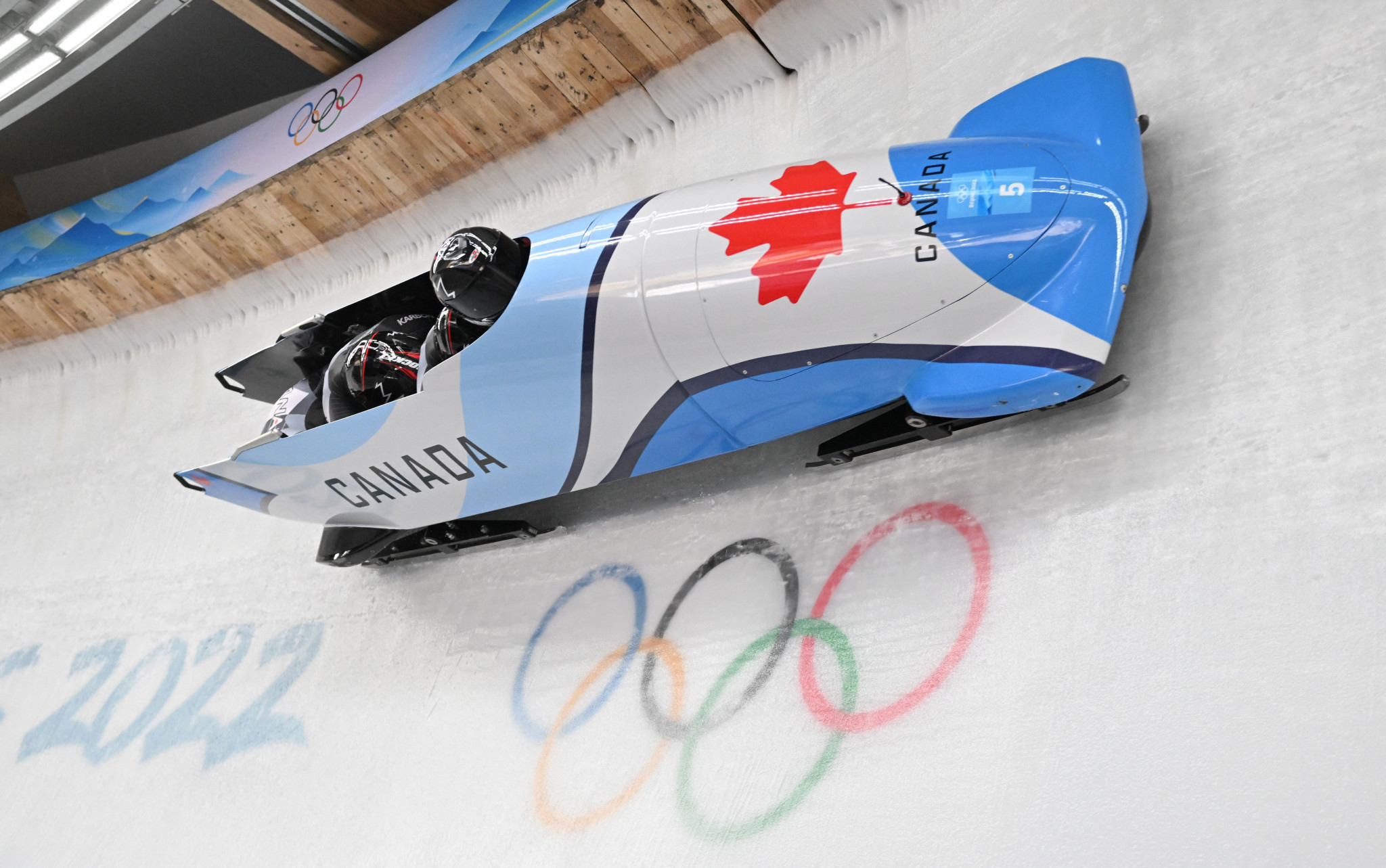 Brakeman Shaquille Murray-Lawrence has claimed "deeply-rooted" racism within Bobsleigh Canada Skeleton (BCS) denied him the chance to compete at the Beijing 2022 Winter Olympics.

Murray-Lawrence travelled to the Chinese capital as an alternate after losing his place to Jay Dearborn in the Canadian team.

The 28-year-old, a former American footballer, claimed Dearborn "didn't make any sacrifices" and "just showed up at the end of the year and took my job."

"I gave this sport everything that I had," Murray-Lawrence told CBC.

"I gave my country everything I had.

"I gave the organisation everything I had.

"I made the ultimate sacrifice and I got screwed in the end.

"Or is there something deeply rooted?"

Murray-Lawrence, who played American football for Montreal Alouettes and Saskatchewan Roughriders, has been a regular in Canada’s four-man team, featuring on 11 occasions since 2020.

He had helped Canada to North American Cup and Europe Cup success, earning them a place at Beijing 2022, whereas Dearborn competed in five races on the circuit in the past two years.

"I compete all year. I win all year. [Dearborn] joins the programme with 30 days left and just leapfrogs onto the Olympic team," said Murray-Lawrence.

"He just showed up at the end of the year and took my job."

Murray-Lawrence appealed against the BCS decision to the Sport Dispute Resolution Centre only for it to be dismissed.

The panel of arbitrators ruled that the decision made by BCS was "reasonable", concluding that the organisation "did not apply its discretionary power in an arbitrary, biased or prejudiced manner" in making its team selection.

"It's hard not to see patterns emerge, where certain people are given preferential treatment over others," said Appiah.

"And at times, those that aren't being given opportunities tend to be athletes of colour.

Sarah Storey, chief executive and President of BCS, defended what she described as a "robust" selection process for Beijing 2022.

"There are weight limits, there are combinations, there's riding position," Storey told CBC.

"It's not just about times.

"Somebody is always going to be disappointed and that is the nature of high-performance sport."

Murray-Lawrence’s accusations come against a backdrop of calls for senior officials at the organisation to step aside while an investigation takes place into alleged governance and culture failings.

Storey and BCS high-performance director Chris Le Bihan have been accused of overseeing governance and cultural failings at the organisation.

A letter by more than 60 current and former athletes published on March 7 alleged that there is a "toxic" culture within BCS, "safety of athletes is not a primary concern", best practices and athlete feedback are disregarded when it comes to governance issues and that the organisation lacks transparency.

A second open letter criticised the BCS response to their demands, athletes claimed that following "years of being ignored, belittled, and ridiculed, we have no trust that the current leadership will do anything meaningful to address the toxic culture."

The BCS Board of Directors told insidethegames in a statement on March 19 that it was committed to "identifying and resolving the issues brought forward by athletes through a forum."

A group of 87 BCS athletes have also pledged to reject "any unilaterally imposed mediation process" proposed by the organisation.