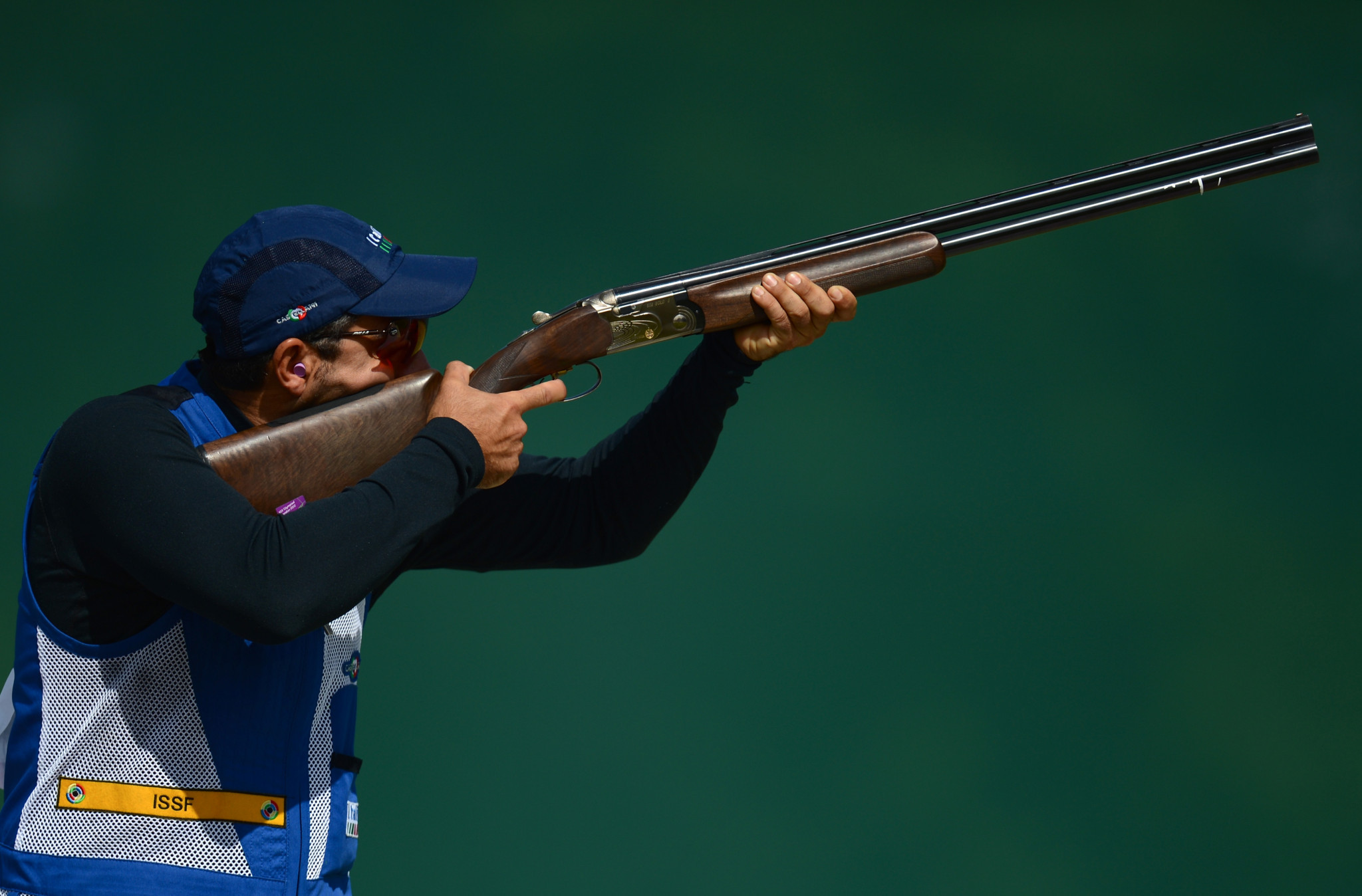 Lodde had been part of a trio of shooters to top the qualification standings yesterday, alongside United States’ Vincent Hancock and France’s Nicolas Lejeune.

The home favourite featured in a separate final stage to the duo, as he sought to earn one of four places in the medal match.

Denmark’s Jesper Hansen earned the first spot from the heat by hitting 28 of the 30 targets, with Lodde taking the second position on 27.

Germany’s Vincent Haaga missed out on the medal match on 26.

Reigning Olympic champion Hancock continued his impressive performances by scoring 28 in the other heat, a tally matched by Gabriele Rossetti as the pairing reached the final stage of the competition.

Lejeune narrowly missed out on a score of 27.

Lodde rose to the occasion in the medal match as the Italian hit all 40 targets in the competition to secure top spot on the podium.

He held off the challenge of Hancock, who was left settling for second place with 38 targets hit.

Rossetti had ensured two Italians would feature on the podium after being eliminated on a total of 28 from 30 targets, while Hansen placed fourth with 18 successful shots out of a possible 20.

Chile’s Francisca Crovetto Chadid had led women’s qualification yesterday with a perfect score, but was unable to secure a top two position in the two final heats.

Connor secured victory in the medal match, with the American shooter missing just three of the 40 targets to win gold.

She finished one clear of Hill, as the Briton finished as the runner-up.

Messerschmidt earned the bronze medal after being eliminated on 26 targets from a possible 30, with Bartolomei fourth after hitting 16 of the first 20 targets.

Men’s and women’s team skeet events are expected to be contested tomorrow.

The World Cup is then scheduled to conclude with mixed team skeet competition on Friday (April 29).