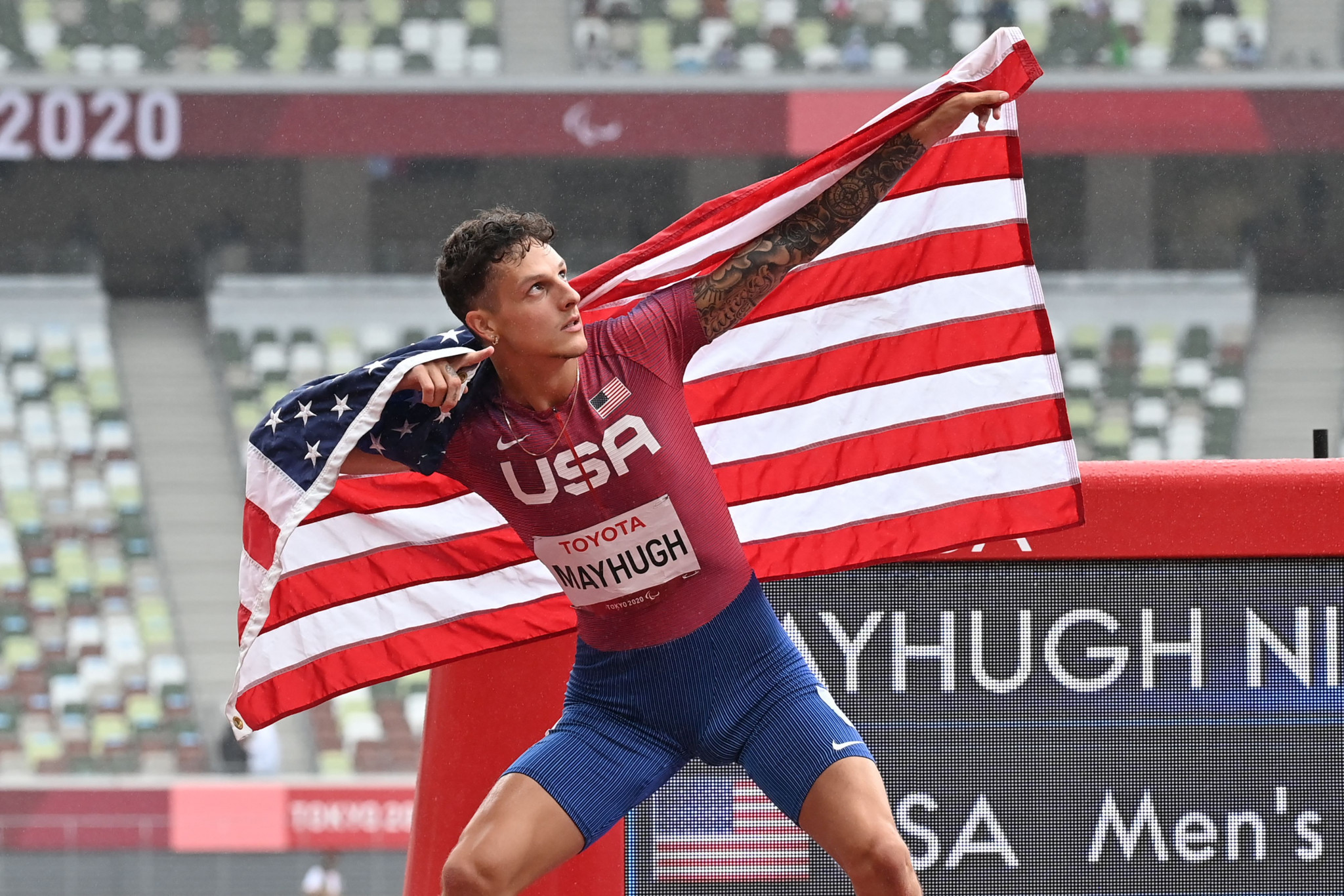 American Paralympic champion Nick Mayhugh drew comparisons with Usain Bolt after his victories in Tokyo and believes he can use the profile he gained as a result to promote Paralympic sport.

"I want to leave a lasting effect off the track and educate as many people about the Paralympics as Bolt did for the Olympics," Mayhugh said.

"It is an honour for me to be put in the same sentence as Usain Bolt, I remember watching him break world records and also following his last race where he had to pull out from the relay because of a hamstring injury.

"When I started my career in Para athletics, I wouldn’t be able to sleep sometimes until three in the morning, so I watched videos of him on YouTube."

"I want to leave a lasting effect off the track and educate as many people about the Paralympics as Bolt did for the Olympics," Mayhugh said.

"He saw me celebrating in his style at Tokyo 2020 and sent me a video back which was crazy and told me to keep going and it is exactly what I am going to do.

"I want to leave my legacy in the sport but also out of it to educate people about the Paralympic Games.

"I grew up to be a 21-year-old not knowing anything about the Paralympics and I never want that to happen again."

He had taken up Para athletics only two years before after winning bronze in seven-a-side football at the 2019 Parapan Games in Lima.

"I was the best in football and went to being the worst in Para athletics," Mayhugh reflected.

"It was very hard for me because I am a stubborn person but it was also a learning experience."

He qualified for the United States team and was proved a key competitor in Tokyo.

So after my WR 200m final this morning @LewisJohnsonMG and I sent a video to the 🐐 @usainbolt.. I just checked my phone and all I can say is thank you ⚡️ pic.twitter.com/HzbNOAkIIK

"In Tokyo we agreed that the 100m race was the hardest for me because I come from football.

"It was also the first final where the initial explosion of emotion came out of me and it felt really good."

By the end of the Paralympics, Mayhugh found himself dealing with a troublesome hamstring.

"The 200m final was the toughest race because it was the last one," he said.

"My hamstring was not at 100 per cent but I knew if it would hold on that I would do something special and I did by running under 22 seconds,

"Titles and records are for the media and fans but I am just happy when a kid watches me and uses my unique story not to give up on Para sports."

"I am excited because I know I can run faster than I did in Tokyo," he said.

"Also, the breaking news is that I am not retiring and I want to stay as long as the sport will have me."