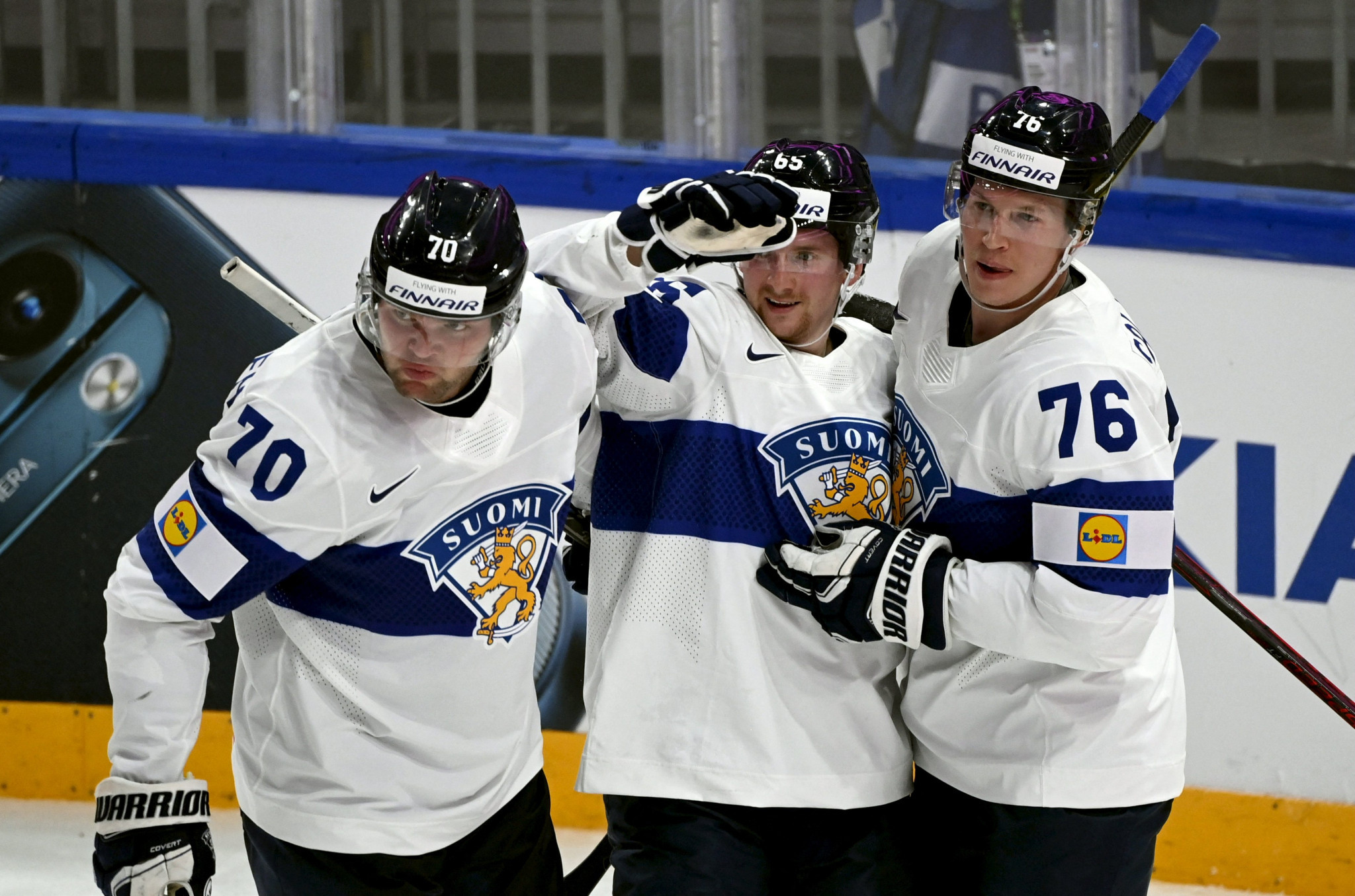 The hosts had appeared on course for overtime at the Nokia Arena in Tampere, after Sakari Manninen cancelled out an effort from Latvia’s Rudolfs Balcers.

Granlund struck with just three minutes remaining of the third period to complete the turnaround for Finland, sealing a 2-1 win in front of a local crowd of 11,483 at the new venue.

Finland lead the Group B standings with six points, after winning their two matches on the opening days of the competition.

The Czech Republic and Sweden joined the United States on three points, following wins in their opening matches.

Matej Blumel scored twice as the Czech Republic earned a 5-1 victory over Britain, while Joel Kellman, Max Friberg and Joakim Nordstrom were on target in Sweden’s 3-1 win against Austria.

Olympic bronze medallists Slovakia suffered a narrow 2-1 defeat to Germany in Group A at the Helsinki Ice Hall.

All three goals came in the second period with Matthias Plachta and Leonhard Pfoderl giving Germany a 2-0 advantage, before Kristian Pospisil pulled one back for Slovakia.

The result leaves both nations with one win and a defeat from their opening two matches.

Germany and Slovakia are among five teams with three points in Group A.

The standings are led by Denmark, who cruised to a 9-1 win over Kazakhstan in their opening match of the competition.

Joachim Blichfeld scored a hat-trick for Denmark in the comfortable victory.

Group matches are set to continue until May 24 in Finland, with the top four in each group advancing to the quarter-finals.

France and Austria are competing in the tournament as replacements for Belarus and Russia, who were banned by the IIHF in response to the war in Ukraine.