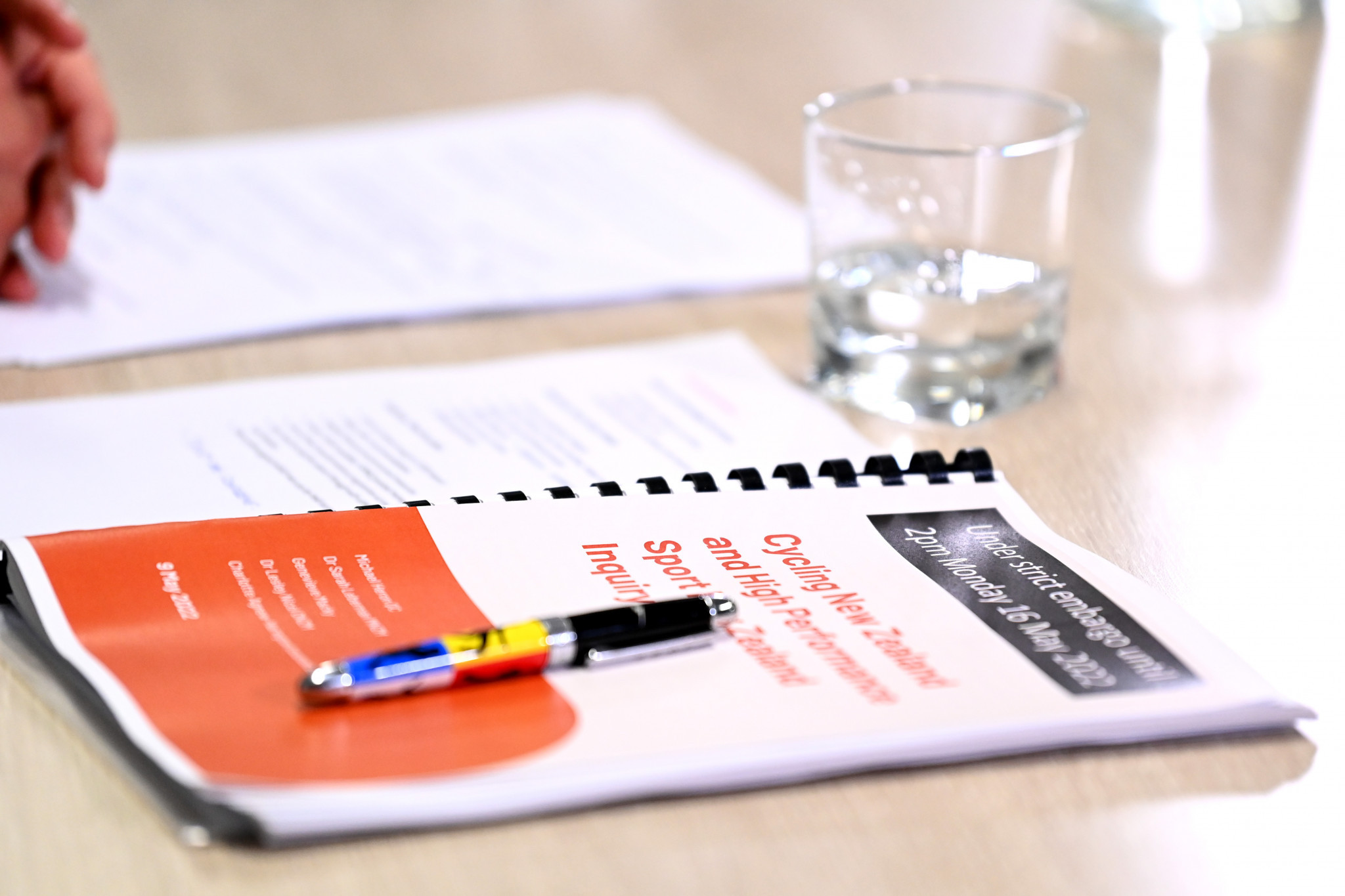 An independent inquiry investigating the culture of Cycling New Zealand has found an "inherent tension" between medal success and athlete well-being in the high-performance programme.

Podmore died at the age of 24 in a suspected suicide.

The report said that the vast majority of people interviewed and surveyed said the high-performance programme (HPP) "funding model does not give sufficient priority to athlete wellbeing".

"The model generally prioritises medals over wellbeing (as had HPSNZ’s strategy to the end of 2021), and that has had consequences that undermined athlete and staff wellbeing", reads the report.

Cycling New Zealand was found to be an organisation of people "committed to ensuring the wellbeing of all stakeholders", however the report said there was "significant room" for the organisation to build a culture and environment in which people can thrive.

The report also outlined a common perception that "Cycling New Zealand would rather 'sweep it under the rug' or 'turn a blind eye' than hold people accountable", with participants in the inquiry saying the organisation "tolerated repeated poor behaviour for extended periods".

This reportedly led to the behaviour continuing unchecked and leaving the victim feeling invisible.

An appearance of favouritism, bias, and over-reliance on traditional male networks was also highlighted.

Mistrust and a lack of transparency were also issues raised, with some athletes and staff perceiving that "neither organisation appears to take all reasonable steps to proactively protect them and both have failed to meaningfully address past/present complaints and grievances".

A lack of appropriate women’s health support and the concerns over a centralised model around Cycling New Zealand’s base in Cambridge were also highlighted.

The inquiry acknowledged Cycling New Zealand and HPSNZ have implemented most of the recommendations from a 2018 report.

The report by Heron in 2018 looked into allegations of bullying, inappropriate behaviour, a drinking culture and a lack of accountability.

The review was launched in the wake of the resignation of sprint coach Anthony Peden, following claims that he had been in an inappropriate relationship with an athlete.

Heron’s report claimed the culture was "dysfunctional" and noted there had been "instances of bullying".

The latest inquiry acknowledged that Podmore had been a key participant in the 2018 report, saying she reported an incident that occurred in Bordeaux immediately before the 2016 Rio Olympics and the events that followed.

The review stressed that the inquiry was not designed to determine the cause of Podmore's death or her experiences, but focused on how the two organisations responded to the 2018 report.

A disconnect between the HPSNZ and Cycling New Zealand’s view and the views of stakeholders "between what has been done on paper (create policies) and what has changed on the ground (day-to-day practice)."

"CNZ and HPSNZ took steps to adopt the policies recommended, but more is required to implement those policies and give them practical effect."

Among 29 recommendations included in the latest inquiry was for HPSNZ and Cycling New Zealand to "take shared responsibility for the unresolved trauma many stakeholders still suffer as a result of the HPP subsequent to 2016.

"That trauma needs to be recognised and acknowledged."

Cycling New Zealand Board chairperson Phil Holden apologised on behalf of the organisation.

Holden acknowledged to a press conference that "the most important finding is that a number of people have unresolved trauma" from events which took place in the high-performance programme in 2016 and subsequently", as reported by the New Zealand Herald.

"Olivia Podmore was clearly part of that group.

“We apologise to the Podmore family for their loss and the hurt and grief they continue to experience.

"To the others affected we also acknowledge and sincerely apologise for the trauma that you have suffered.

"We would be like to be part of a process to address the trauma, if that is possible for the people concerned."

Holden and HPSNZ chief executive Raelene Castle have reportedly met with Podmore’s family to discuss the findings of the report.

Both organisations have said changes are ongoing, which will reportedly enhance athlete well-being.

The report can be accessed here.