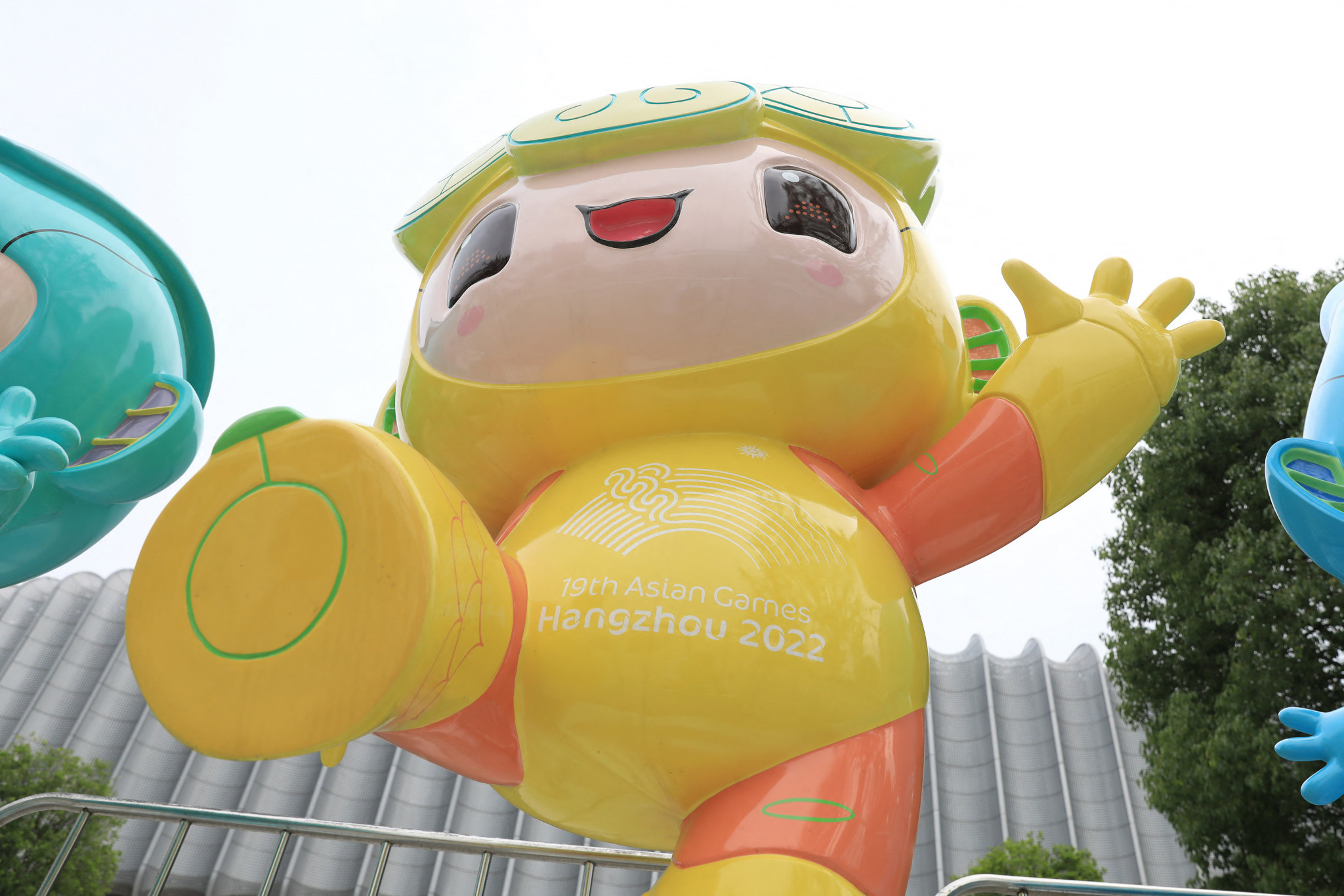 The Olympic Council of Asia (OCA) has promised to announce a series of events for athletes following the postponement of the Hangzhou 2022 Asian Games.

The OCA confirmed the postponement of the Games earlier this month, after holding talks with the Chinese Olympic Committee (COC) and the Hangzhou 2022 Organising Committee.

The multi-sport event was one of several major competitions cancelled in China in recent weeks, as the country battles a rise in COVID-19 cases and maintains its "zero-COVID" policy.

OCA director general Husain Al-Musallam has claimed the postponement of the organisation’s flagship event was "one of the most difficult in OCA history".

Al-Musallam made the statement in a letter to athletes, jointly signed by OCA Athletes' Committee chair Mikako Kotani.

The letter confirmed plans to announce events for athletes to compensate for the postponement of the Games.

"The OCA’s decision was one of the most difficult decisions taken in the history of our organisation, however, the decision was taken by all stakeholders after carefully considering the pandemic situation and the size of the Games," the letter said.

"We would like to assure you that athletes are at the heart of everything we do.

"We will work hard with the OCA Athletes Department and OCA Athletes Committee to listen to your voices and concerns, and together help each other to overcome any challenges we may face.

"We are always ready to listen to your voices and help you until we celebrate together again at the Asian Games.

"The OCA Athletes Department and the OCA Athletes Committee will soon announce a series of events to help athletes overcome all your challenges and come back stronger."

The OCA claimed ensuring the perfect environment for athletes to travel, compete and enjoy the Games was among the considerations made prior to the postponement announcement.

The organisation has called for athletes with concerns to contact the its athletes department and Athletes’ Committee.

The Hangzhou 2022 Asian Games had been scheduled to take place from September 10 to 25.

Confirmation was made this week that the Asian Para Games, which had been due to follow the Asian Games, have also been delayed.

The Asian Youth Games in Shantou, which had been scheduled to take place from December 20 to 28 this year, were cancelled.

The Summer World University Games in Chengdu have been pushed back for the second time to 2023.

The OCA has yet to confirm new dates for the Asian Games.

Doubts over China’s ability to host the Games will have been heightened by the nation withdrawing as the host nation for the 2023 Asian Cup.

The Asian Football Confederation event had been scheduled to take place across China from June 16 to July 16 next year.