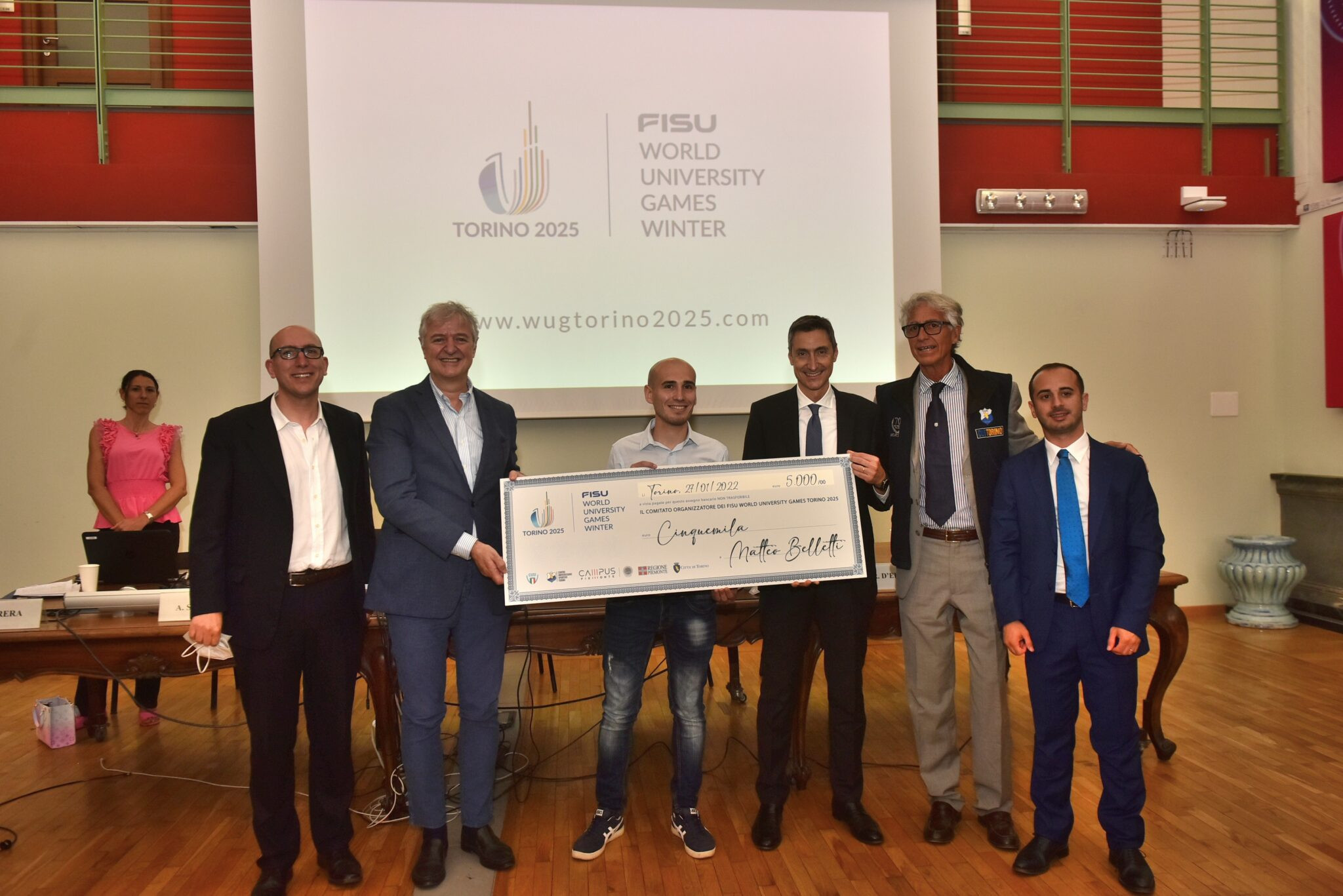 Matteo Belletti's design was initially unveiled at the Dubai Expo in January but has now been shown off at the University of Turin.

A pair of skis form a U shape as the logo curves away.

Belletti, a 24-year-old student from Turin, came out on top in a competition which attracted 72 entries.

"I was still a child when there were the 2006 Olympics and the past 2007 Universiade in our city, so I wanted to at least try to be a part of this event and decided to participate in the call," he said, after receiving his cheque at a ceremony which was also carried out in sign language.

"I am very excited and proud to have done something great for an important first-level event for Turin.

"Besides spending hours programming PC software, I am a sportsman and when I have time I go running because it helps me clear my mind and relax."

FISU has confirmed that Turin 2025 will take place between January 13 and 25 in just under three years' time.

"These FISU Games will be an event of inclusion for the whole territory and for everyone," said Organising Committee President Alessandro Ciro Sciretti.

"An openness demonstrated, for example, by the choice to have our ceremony in sign language.

"The fact that we carried out an ideas competition and then had a student design the logo is the method that will inspire us for all these years."