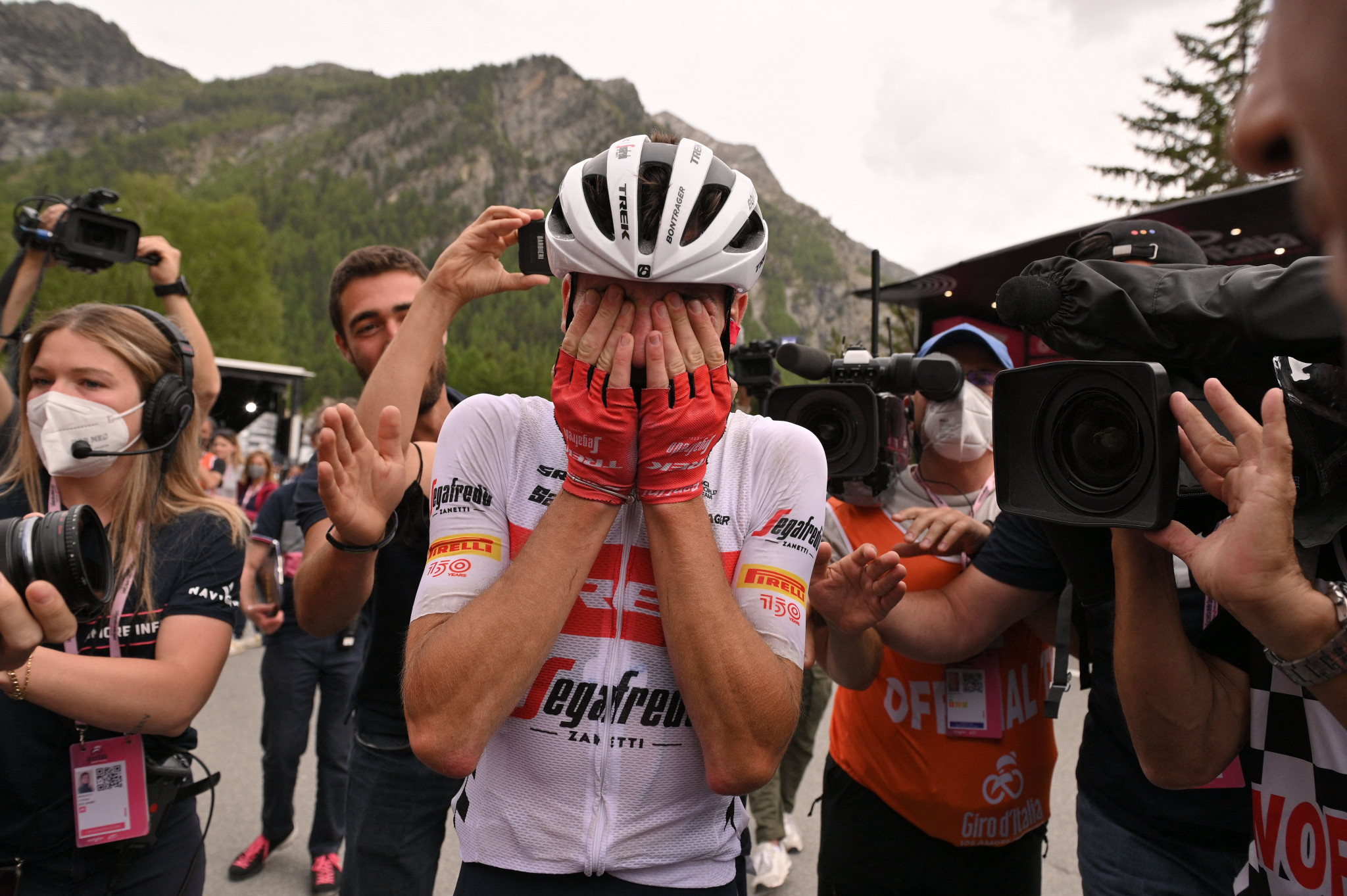 This was Ciccone's first stage victory on a Grand Tour since winning the 16th on the Giro in 2019, when he topped the mountains classification.

He was left delighted at his return to the top of the podium on the Grand Tour.

"This is my most beautiful win," he said, as reported by Agence France-Presse.

"It's better than the yellow jersey at the Tour de France, better than my first wins at the Giro because I went through difficult times in the past two years, with crashes, illnesses and COVID."

The podium was completed by Spain's Antonio Pedrero of Movistar, who clocked 4:40:00.

Britain's Hugh Carthy of EF Education-EasyPost came through in fifth in 4:40:50, with Martijn Tusveld of Germany and Team DSM placing fifth courtesy of a 4:42:17 effort.

Most of the contenders for the pink jersey came through in Cogne around eight minutes off the pace.

Carapaz, Giro winner in 2019, was involved in a minor fall earlier in the race, but still leads for Ineos Grenadiers after finishing 13th in 4:45:29, preserving an overall lead of 7sec.

Tomorrow is the final scheduled rest day at the Giro, with the 202km mountain stage from Salò to Aprica due to be held on Tuesday (May 24).

The 21-stage Grand Tour is due to conclude in Verona on Sunday (May 29).