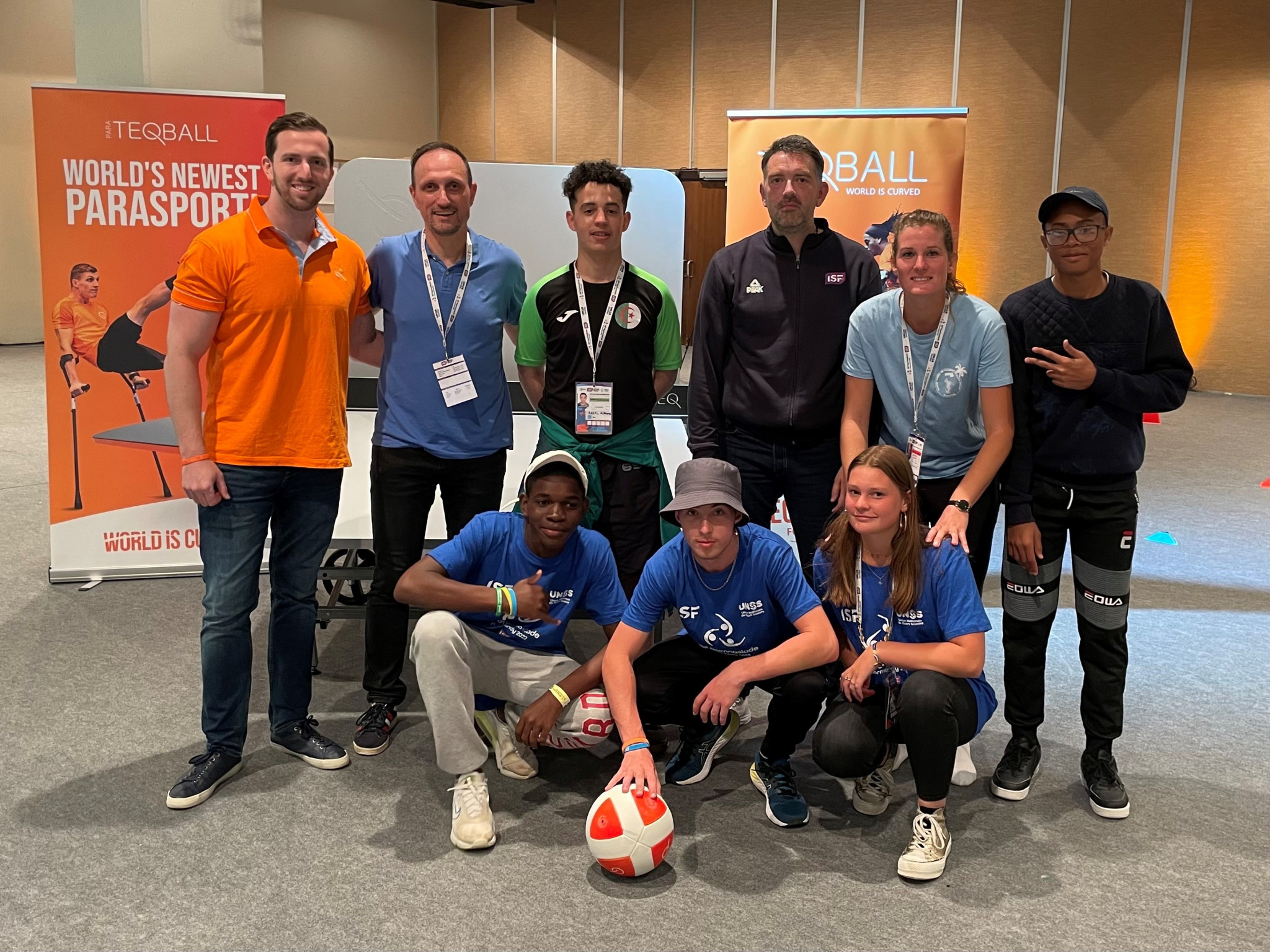 Two teqball instructors and European development manager Daniel Koszegi led FITEQ's delegation at the multi-sport event, which was attended by more than 3,500 participants from in excess of 60 countries.

FITEQ was based at the ISF Fun and Skills Zone in Deauville, with hundreds of young athletes taking part in the teqball activities.

It has a long-term partnership with the ISF, and has offered schools around the world the chance to apply for a free Teq Lite table as part of an aim to provide more sporting opportunities to children and increase accessibility to the sport.

The Fun and Skills Zone at the ISF Gymnasiade was established with the aim of allowing the organisation's partners to stage activities during the event and further its goals.

Nine cities across Normandy held events, with Deauville serving as the primary pub.

A total of 16 sports and three Para sports featured on the programme, making it the biggest Gymnasiade in the ISF's history.

Teqball is played on a curved teq table, and combines elements of football and table tennis.

It was invented in Hungary, with FITEQ established as its governing body in 2017.

Teqball has been added as a medal sport at the 2023 European Games in Kraków and Małopolska for the first time.