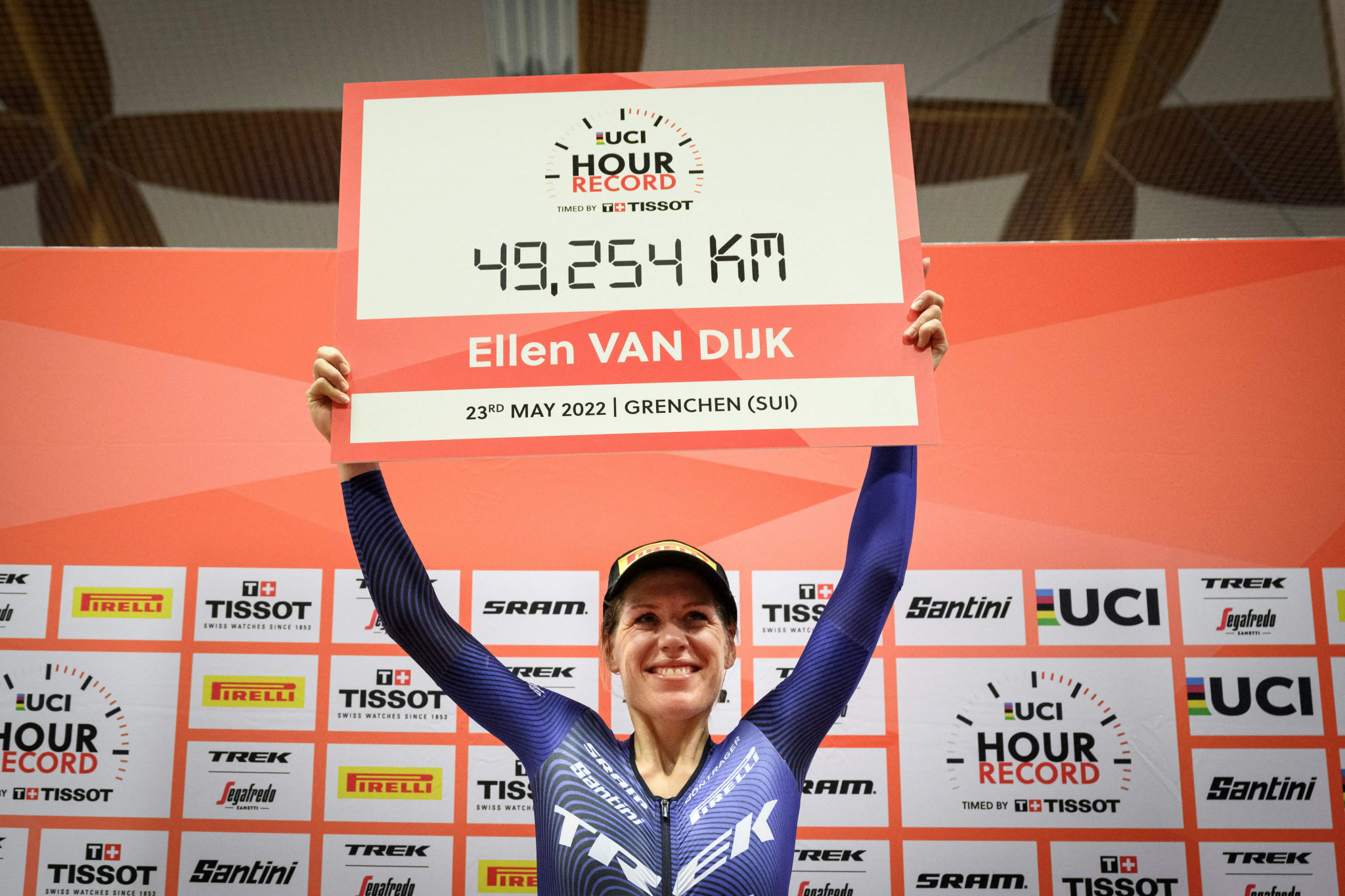 Ellen van Dijk of The Netherlands rewrote history by beating the women’s hour record by 848 metres, covering 49.254 kilometres at the Velodrome Suisse in Grenchen, Switzerland.

The Dutch rider, who is the 2021 International Cycling Union (UCI) time trial world champion, beat the record of 48.405 km set by Britain’s Joscelin Lowden at the same venue in September last year.

Vittoria Bussi of Italy, with 48.007 km, held the record before Lowden.

"When I started I saw the black line and I saw that for 190 something laps I think," Van Dijk said.

"At the beginning… I did exactly what we wanted to do.

"If I did great I wanted to accelerate in the second part but instead of that I slowed down a little bit.

"At 45 minutes I thought 'OK I need to accelerate'.

"I thought I was accelerating but I think I was only slowing down.

"That meant that this was it for today and I am very happy that I broke the record."

Belgian Victor Campenaerts, who covered 55.089 km, holds the men’s UCI hour record, which he set at the Velodromo Bicentenario in Aguascalientes, Mexico in April 2019.