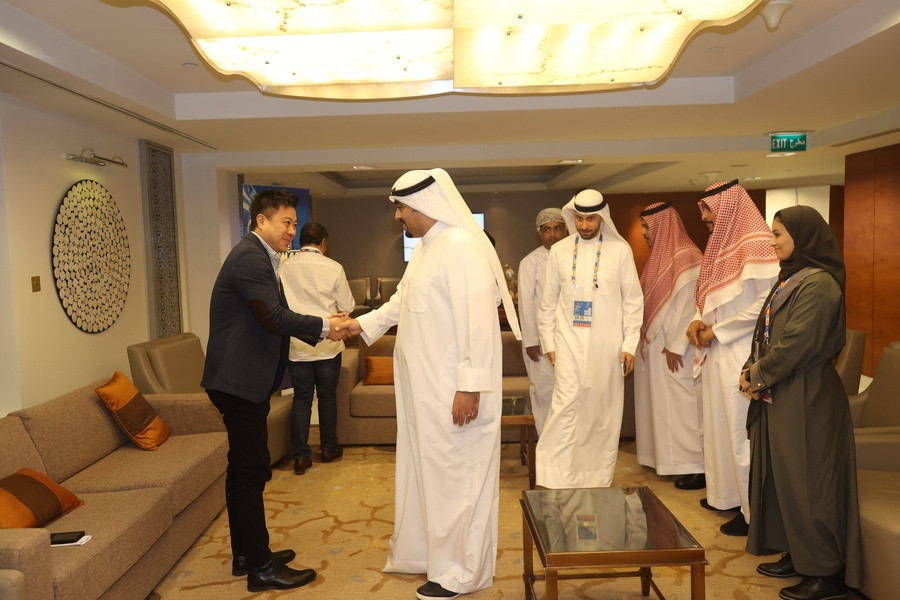 International Esports Federation (IESF) President Vlad Marinescu has praised the Olympic Council of Asia (OCA) for including esports as a medal event in several multi-sport competitions across the continent, including the ongoing Kuwait 2022 Gulf Cooperation Council (GCC) Games.

Marinescu is present in Kuwait City for the third edition of the Games and has commended the OCA on being "the first international sporting movement to take into account the increasingly young demographic of fans around the world" by introducing esports into mainstream sporting events.

Apart from featuring at the Gulf Games, esports has also been a medal sport at the 2019 Southeast Asian (SEA) Games in Manila and the recent SEA Games in Hanoi.

It is also set to be a medal sport at the postponed Hangzhou 2022 Asian Games.

"The OCA is a forward-thinking body and all credit to them," said Marinescu.

"They have included esports in their multi-sports Games for a long time now and they must be applauded."

"We have worked in close collaboration with the Olympic Council of Asia for more than 10 years," said Lau.

"It was as long back as 2012, that the OCA saw the potential of esports and how popular it can be among younger fans.

"Today it is a medal sport in a number of Games held under the umbrella of the OCA and all credit to them."

Saudi Arabia's Najd Fahd became the first person to win a gold medal for her country at the Gulf Games after triumphing in the FIFA tournament, adding to her success at the International University Sports Federation eSports Challenge.

"It couldn’t have been scripted any better, Saudi Arabia’s first gold medal by a woman coming in esports," said Lau.

"This goes to show how far and widespread the popularity of esports is.

"We congratulate her and Saudi Arabia."