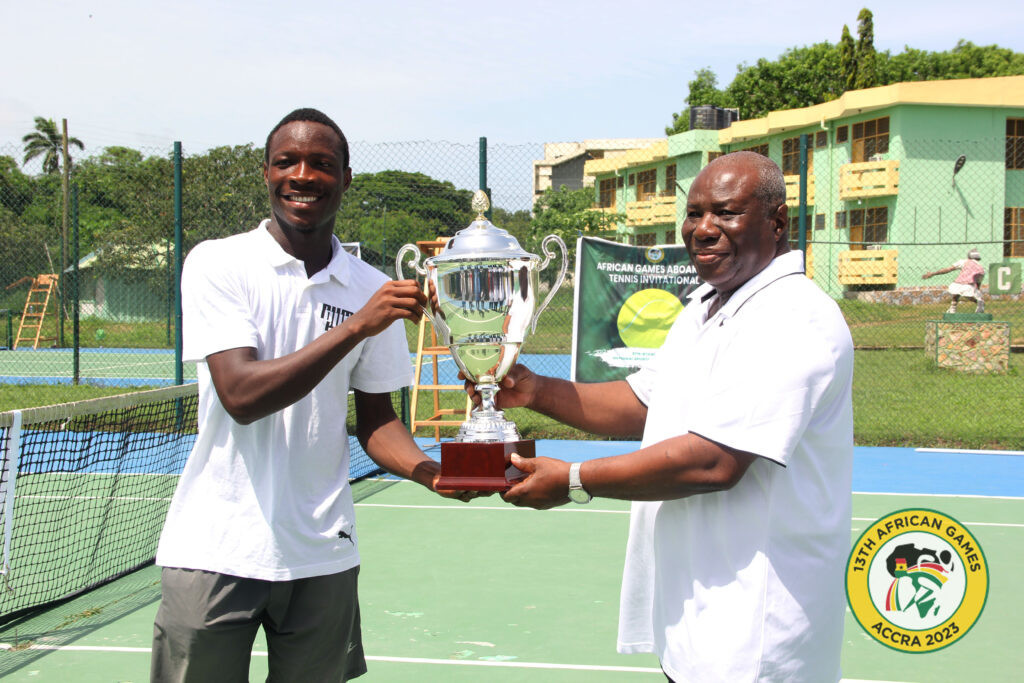 Organisers of the 2023 African Games, have lent a helping hand to the first edition of the Aboakyer Invitational Tennis Tournament in Ghana, assisting in the build-up to hosting the multi-sport event.

Samuel Antwi became the first winner in the men's singles beating Reginald Okantey 6-4, 6-3 in the final at the National Sports College in Winneba.

Kwaku Ofosu-Asare, the executive chairman of the Organising Committee for the 2023 African Games was present at the final - as was Paramount Chief of the Effutu Traditional Area, Neenyi Ghartey VII.

The organisers of the upcoming African Games partnered with the Ghana Tennis Federation to stage the tournament.

The Aboakyer Invitational Tennis Tournament is part of the larger Aboakyer Festival, a bushbuck hunting festival celebrated in central Ghana.

In April, it announced it would become a partner for the festival as well.

The 2023 African Games are scheduled to take place in August next year, although no set dates have been made yet.