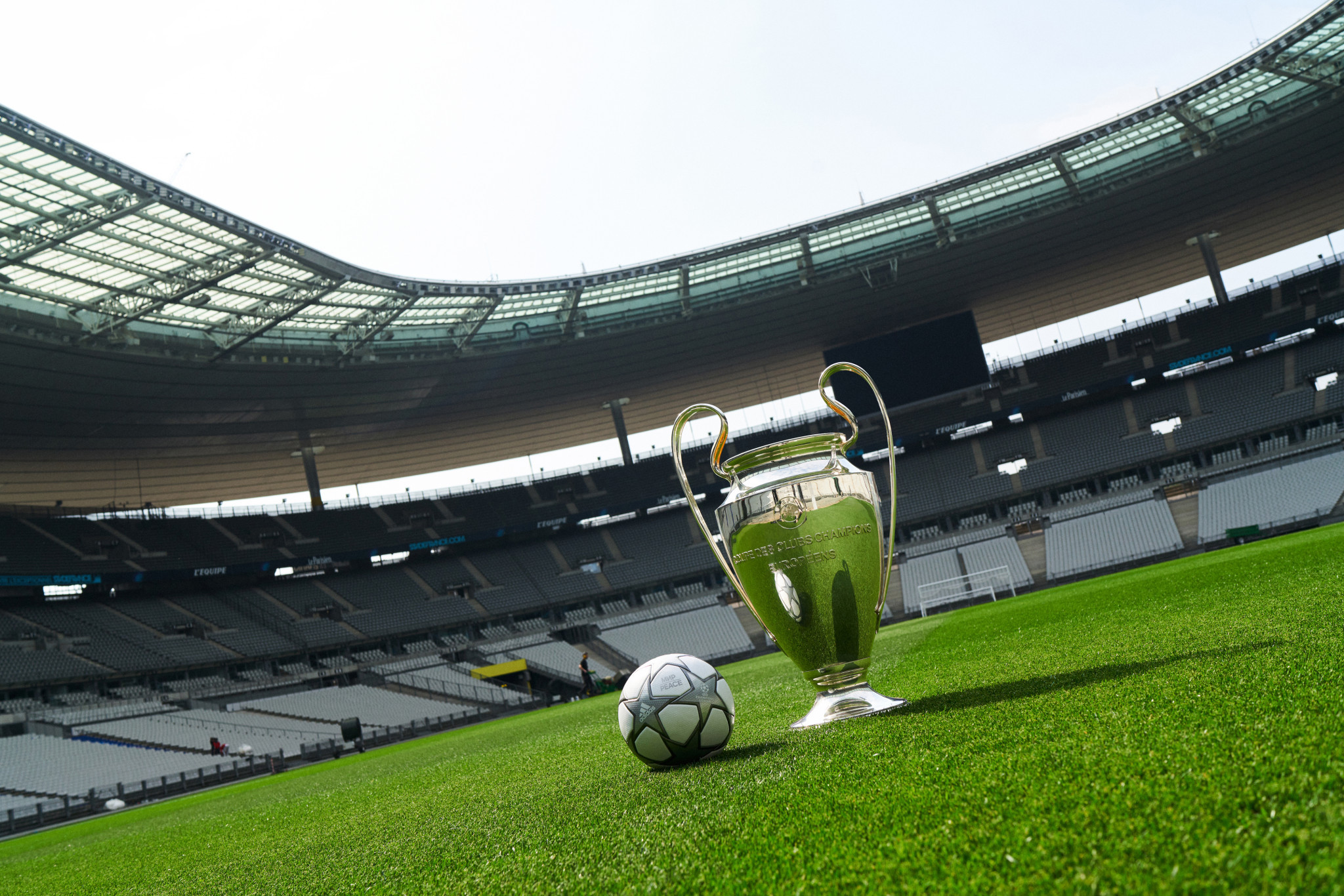 The match ball for the men's UEFA Champions League final i Paris on Saturday (May 28) features a "global message for peace", and is set to be auctioned to raise funds for people forced to flee their homes, following the invasion of Ukraine by Russia.

The biggest fixture in men's European club football, which is to be contested by six-time winners Liverpool and record 13-time champions Real Madrid, was among the first major sport events moved from Russia in response to the invasion of Ukraine on February 24.

Saint Petersburg had originally been awarded hosting rights for the match, but it has been moved to the Stade de France, the main venue for the Paris 2024 Olympics and Paralympics.

The match ball features the word "мир" in Cyrillic script, with its English translation "peace" positioned directly underneath it.

Suppliers Adidas have billed the ball as providing "a simple message of peace, belonging, and hope that will be passed from player to player with every kick".

It is claimed that the prominence of white panels symbolises "truce and unity".

After the Champions League final, the match ball is due to be auctioned off, with proceeds donated to the United Nations (UN) High Commissioner for Refugees to support people forced to flee their homes due to conflict and persecution.

"Throughout its history, the love of the game has brought people from all over the world together through one simple object - a football," Adidas' global director of brand communications, communities and culture Gonzalo Calvo said.

"We are energised more than ever to support the incredible players and clubs that are elevating this platform for the betterment of the game, and world - particularly at grassroots levels."

Russia's invasion of Ukraine has been widely condemned.

Together with its ally Belarus, Russia has faced being largely frozen out of international sport.

The International Olympic Committee has recommended that athletes and officials from both countries are banned from event organisers' competitions.

UEFA has expelled Russia from this year's Women's European Championship in England, while the country was also removed from qualifying for the Qatar 2022 men's FIFA World Cup.