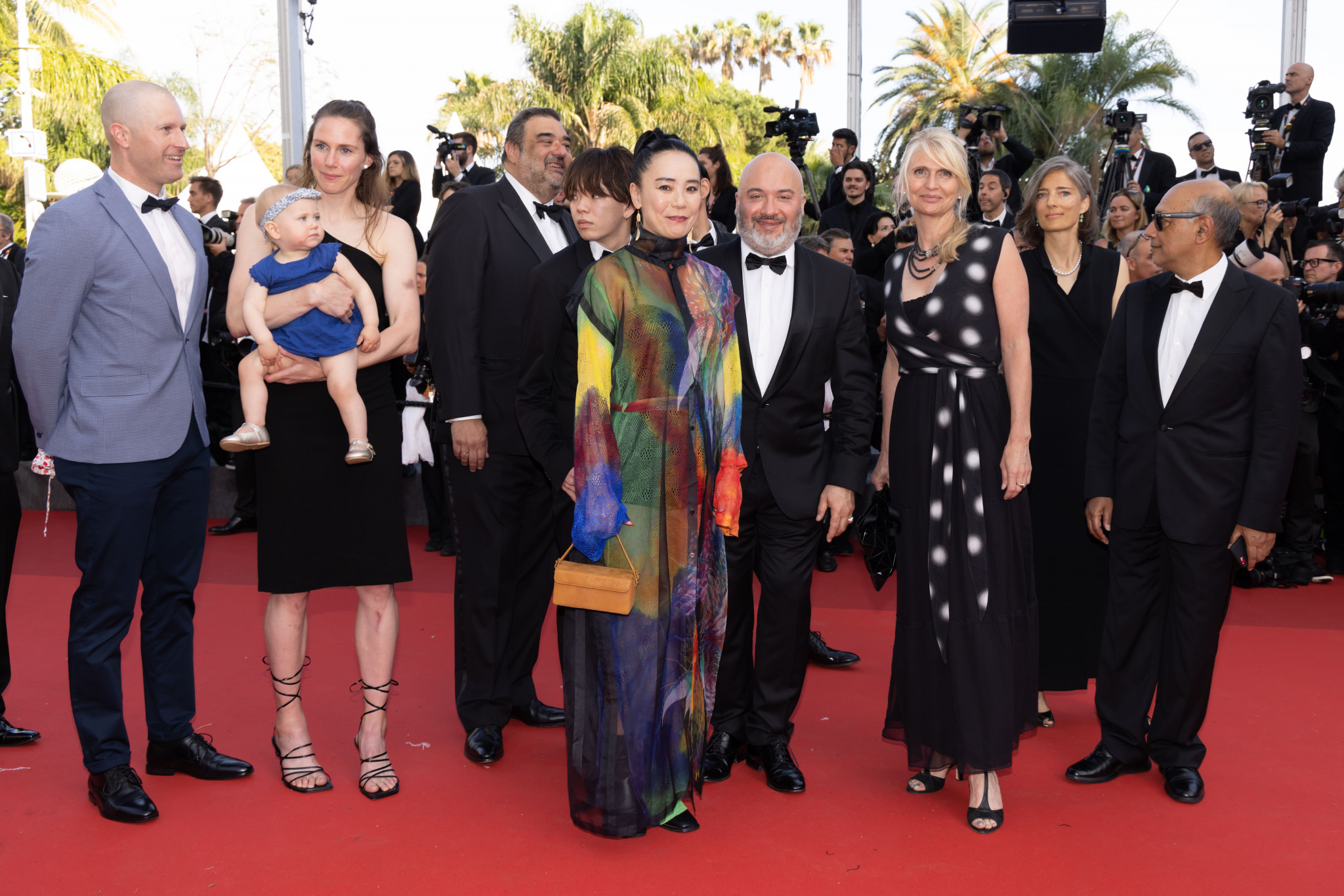 The first official film of the Tokyo 2020 Olympics has been given a premiere screening at the Cannes Film Festival.

Entitled "Olympic Games Tokyo 2020 Side A" it was shown at the Palais des Festivals et des Congrès as part of the "Cannes Classic Selection."

The screening was attended by Canadian Basketball player Kim Gaucher, who successfully appealed against an Olympic ban on family members to take newborn baby Sophie with her to Tokyo last year.

"I’m delighted that the film brought to light the challenges inherent in balancing being a professional female athlete and a mother with a young child," Gaucher said as she was joined on the red carpet by baby Sophie and husband Ben.

"The film presents the best in me as both an athlete and a parent," Gaucher added.

The film was directed by renowned Japanese director Naomi Kawase.

"There are Olympian mums like Kim Gaucher, performing the perpetual balancing act of competing at the highest levels of their sport while also being mothers," Kawase said.

"I find strength through the tenacity and grace of these women, I watch the connection between these mothers and their babies."

The film was produced by the Kinoshita Group and Tokyo 2020, in close collaboration with the Olympic Foundation for Culture and Heritage (OFCH).

An original musical score was composed by David Hadjadj who also travelled to Cannes for the event.

"We do need a film because we want to give a different approach to the Games than the broadcasting which is doing a fantastic job," OFCH associate director Yasmin Meichtry told insidethegames.

"At least since Rio, we have started to redefine what the movie should be and that it should be an artistic view, a film with the personal touch, an artist’s view and artist’s feeling about what the Games are and this film helps us to bring the Olympic ideal to Cannes.

"It is also helping us to bring the Olympic Games the Olympic ideals to audiences that are not necessarily touched with the Games, so we need to make the film differently to give it added value," Meichtry explained.

Shooting had begun before the pandemic and such was the volume of material shot that two films have resulted.

Post production on the second film, "Side B" is still continuing in Japan.

This will focus on the story of the Games through the eyes of staff and volunteers.

It is expected that it will be released at the end of June with a premiere in Japan.

International Olympic Committee (IOC) President Thomas Bach is understood to have seen the film but the IOC delegation in Cannes was led by Anant Singh, himself a film producer.

"Naomi’s film brings audiences into the emotions and challenges of the first ever postponed Games, which live audiences couldn’t be a part of," Singh said.

"The film gives insight and a bird’s eye view that was missed by many."

This week, Cannes also screened "Visions of Eight," the official film of the 1972 Munich Olympics to mark their 50th anniversary.

In the audience was French director Claude Lelouch, now 84 and the sole survivor of the eight renowned filmmakers who had worked together in its production.