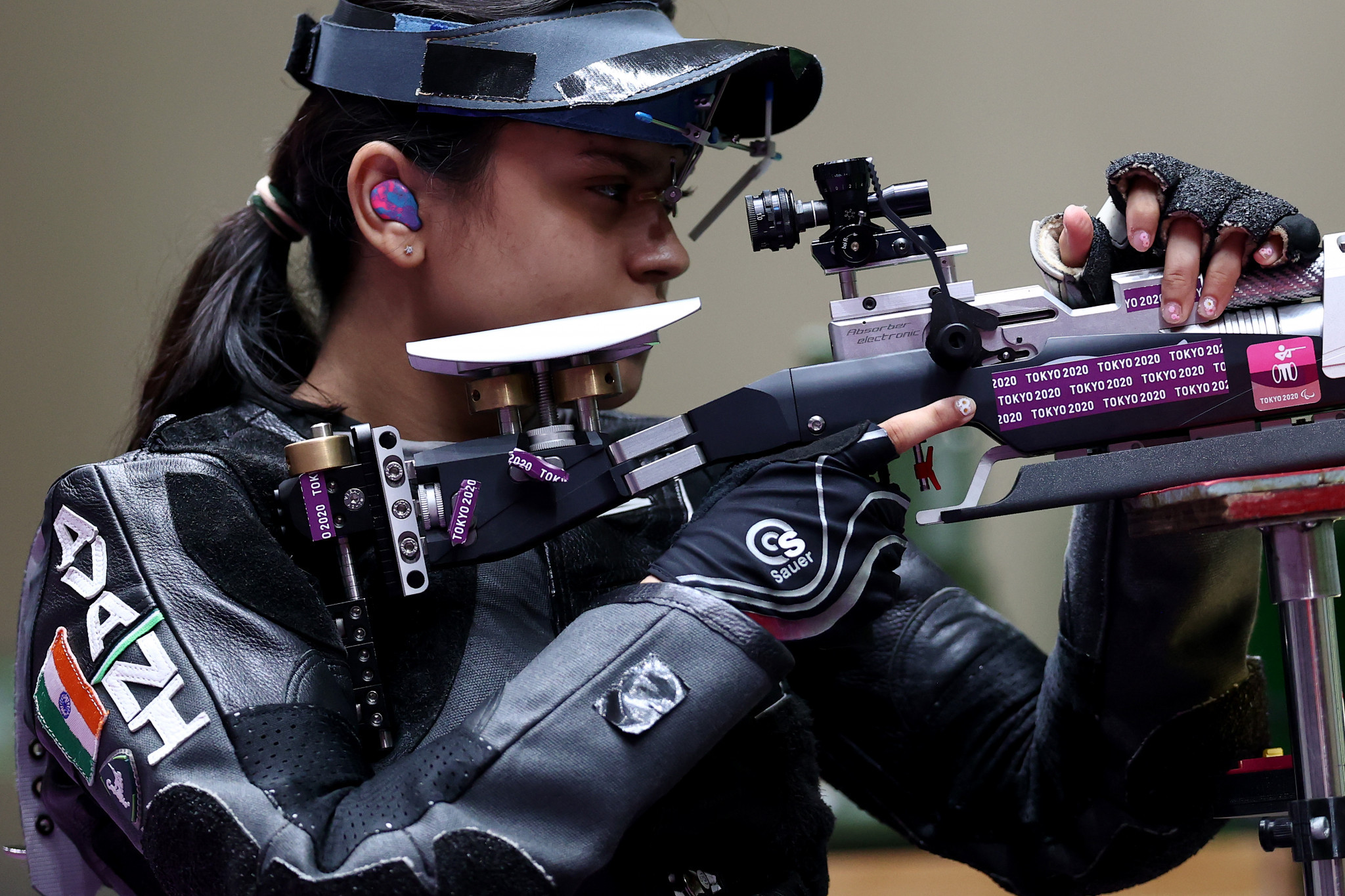 The World Cup scheduled for June 6 to 12 at the National Shooting Centre offers the first qualification opportunity for the Paris 2024 Paralympics.

However, India's involvement has been impacted by difficulties relating to obtaining visas to enter the country.

"Avani and her coach's visas were granted but her escort, who is also her mother didn't get her visa," Nautiyal told the Press Trust of India.

"The French Embassy didn't mention any reason, simply said there is a huge surge for visas.

The pending visas of 3 athletes and 4 support staff of the Indian Para Shooters contingent going to France for competition has been cleared by the French embassy after further requests from MYAS and MEA. The team will fly out to France tomorrow.@IndiaSports @MEAIndia https://t.co/0O70TeW2hE

"We applied for our visas on April 23 and were sure of getting all cleared.

"The Ministry of External Affairs (MEA) also intervened and were helping us but despite that visas of six members were rejected."

Nautiyal added that he expected India to travel to Châteauroux with a reduced contingent.

"We are now going with a 22-member contingent, which includes 14 shooters," he said, as reported by the PTI.

"We were quite confident of getting visas of all members cleared since Paris will be the host for the next Paralympics and there are 18 2024 Paralympics quota places on offer in the tournament."

However, the Sports Authority of India earlier today suggested there had been a breakthrough in the attempts to secure visas.

"The pending visas of three athletes and four support staff of the Indian Para shooters contingent going to France for competition has been cleared by the French embassy after further requests from MYAS [Ministry of Youth Affairs and Sports] and MEA," it posted on Twitter.

"The team will fly out to France tomorrow."