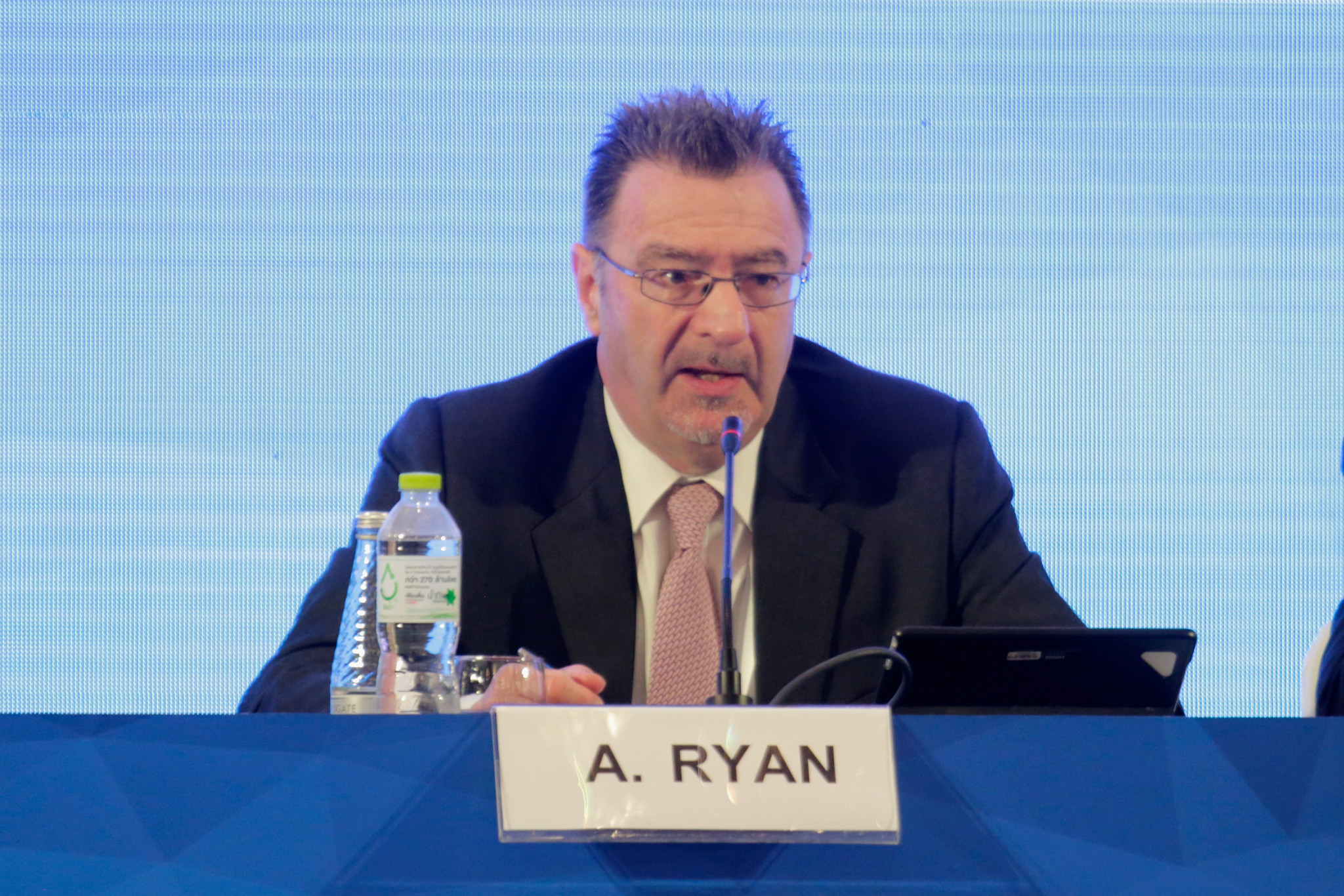 A senior Olympic official has insisted that Paris 2024 are right to focus flagship projects in the area of Saint-Denis, despite spectator incidents before and after the UEFA Champions League final last month.

"Of course, we were disturbed by what happened at the football match, and we are aware that a lot of attention came to that match because of the status of the Champions League final," Association of Summer Olympic International Federations (ASOIF) executive director Andrew Ryan said.

"These kinds of problems have existed before in that area, it is not a completely new experience but it doesn’t get the same profile.

"What is good about this, is that it means we have to give a great deal of concern to how the work is done between now and 2024 in engaging with the communities there to improve things, and to make sure that the policing at the time of the Games is appropriate.

"Sometimes we have to take risks, that could be the difficult option to take, but it is the right option because if you look at Saint-Denis, it is not a wealthy part of Paris at all, it is a deprived area, so a lot of the development that is going on there with the aquatic centre is a very noble thing to do."

Now @Paris2024 Team takes the floor to present to the ASOIF General Assembly the preparations and latest updates of the Games which will take place in 2 years’ time.

"We can’t just go where it is safe to put a venue, the importance of the Games where a lot of money is being spent on this aquatics centre is to put it where it is needed and it is needed in Saint Denis," Ryan said.

"We would hope that by the time we get to 2024, the situation may have changed in that area but that all depends very much on France doing very good work there.

Paris 2024 had given a presentation on their work at the ASOIF General Assembly with just over two years to go before the scheduled Opening Ceremony on July 26.

"What has happened in recent weeks has not been pleasant, but we hope that Paris analyse but now is too early for us to contribute, because there is a sort of investigation between the authorities, we have to await the real reasons and to apply the lessons if there are some lessons to be taken for the Olympic Games," ASOIF President Francesco Ricci Bitti said.