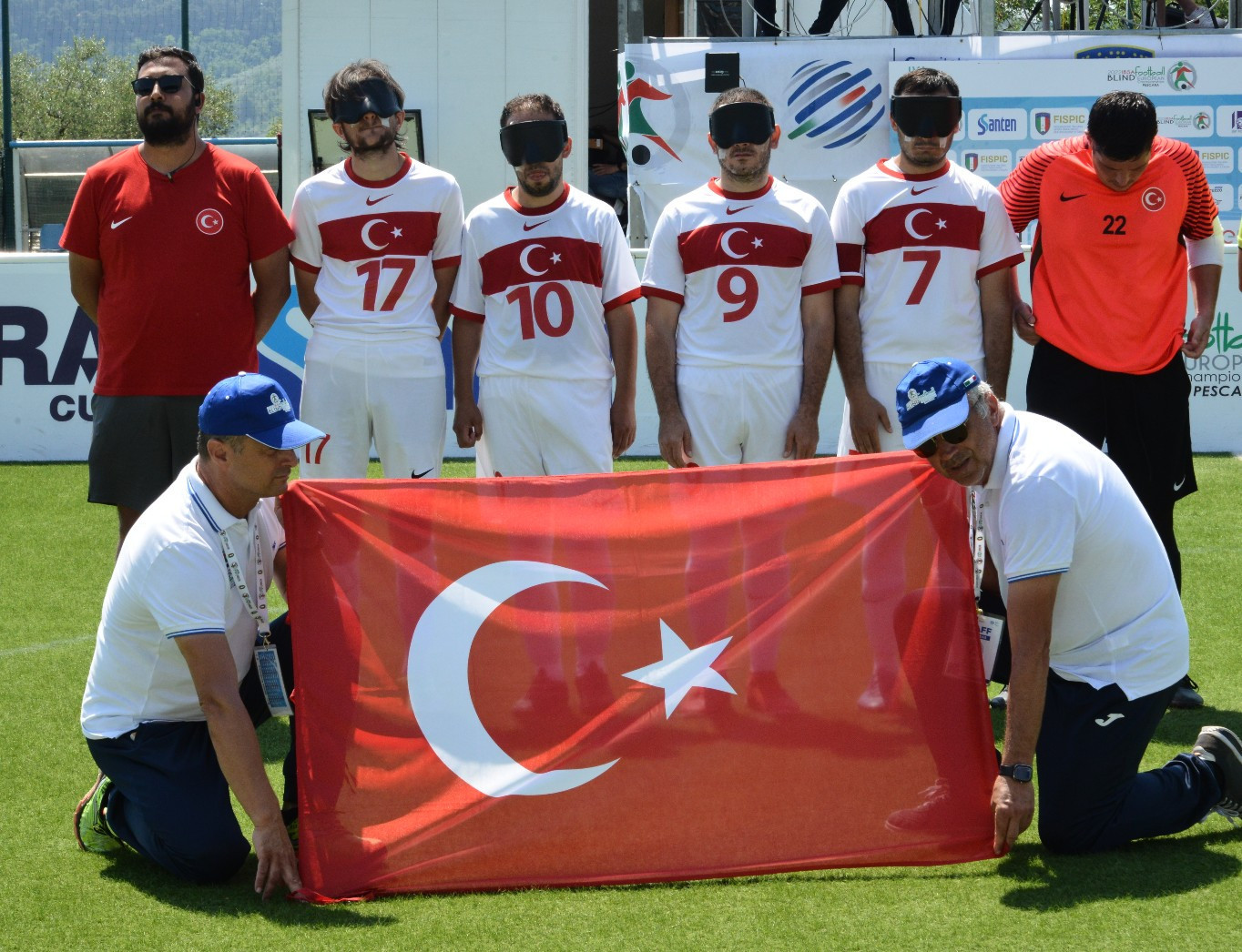 France and Turkey have made it to the final of the International Blind Sports Federation (IBSA) Blind Football Men's European Championship in Pescara after both winning on penalties.

The French met Germany in the first semi-final of the day in what was a back-and-forth fixture that neither side could take control of.

France's captain Babacar Niang drew first blood with a powerful finish that left the German goalkeeper rooted to the spot.

However, his strike was cancelled out before half-time by teammate Tidiane Diakite who put the ball into his own net.

Niang secured his brace to give the French the lead once more but again they were pegged back as Taime Kuttig slotted in from close range.

The game went to penalties and after five consecutive misses from both teams Niang was on target once more to put France into the gold medal match.

"Now we must focus on winning the final and we share that goal.

"We are very happy, but we need to stay focused."

England and Turkey were next to take to the field in the Italian city.

Neither side were able to break the deadlock in a cagey affair and once again it went down to spot kicks to find a winner.

The Turks eventually took the win as they scored twice while England could not convert a single one of their penalties.

As a result of reaching the final, Turkey have guaranteed their place at the Paris 2024 Paralympic Games blind football tournament.

The spot was supposed to go to the winner but as France have already qualified as hosts, it goes to Turkey by default.

The action is set to continue tomorrow with classification matches before the final and third place playoff are scheduled to take place on Friday (June 17).