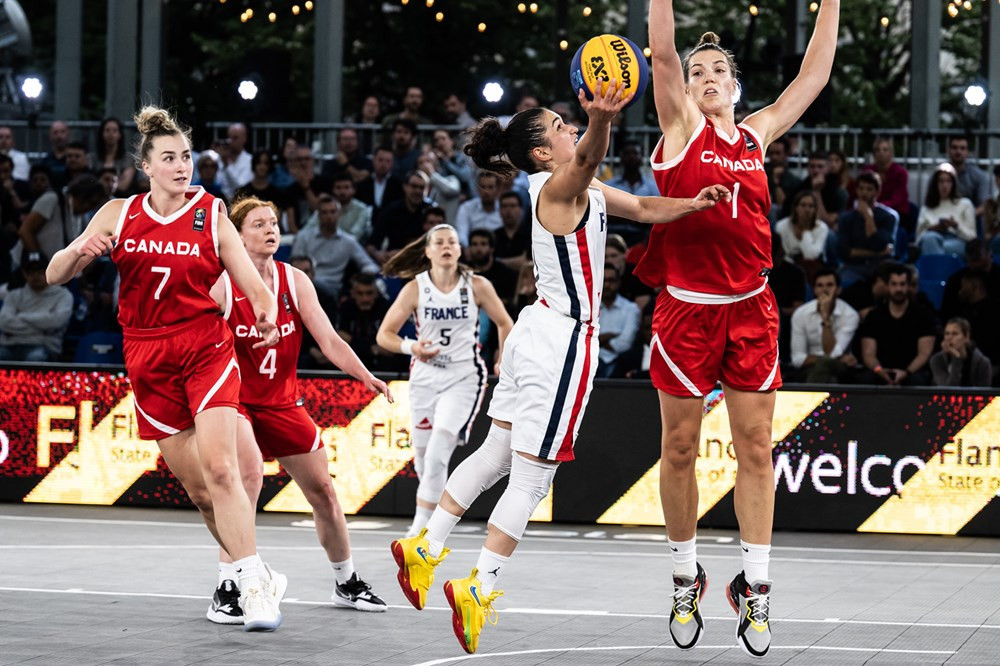 The men’s final pitted the top two seeds against each other with Serbia facing Lithuania in the showpiece match.

Earlier they had beaten hosts Belgium 17-12 in the semi-finals.

Lithuania earlier edged past France 18-17 to book their place in the final.

The third place match was also decided by the narrowest of margins with France beating Belgium 18-17 in overtime.

In the women’s competition, the highest ranked team heading into the final day were France and the second seeds claimed their first ever World Cup victory with a 16-13 win over Canada in the final.

Earlier they avoided an upset at the hands of 18th seeds China in the semi-finals, edging past their opponents China 17-16.

Canada had earlier booked their place in the final by defeating Lithuania 16-14.

The third place match was won by China, who beat Lithuania convincingly 21-11.

Serbia and France qualified for the 2023 FIBA 3x3 World Cup following their victories, with the three medallists in that tournament set to qualify for a FIBA 3x3 Olympic Qualifying Tournament in 2024.