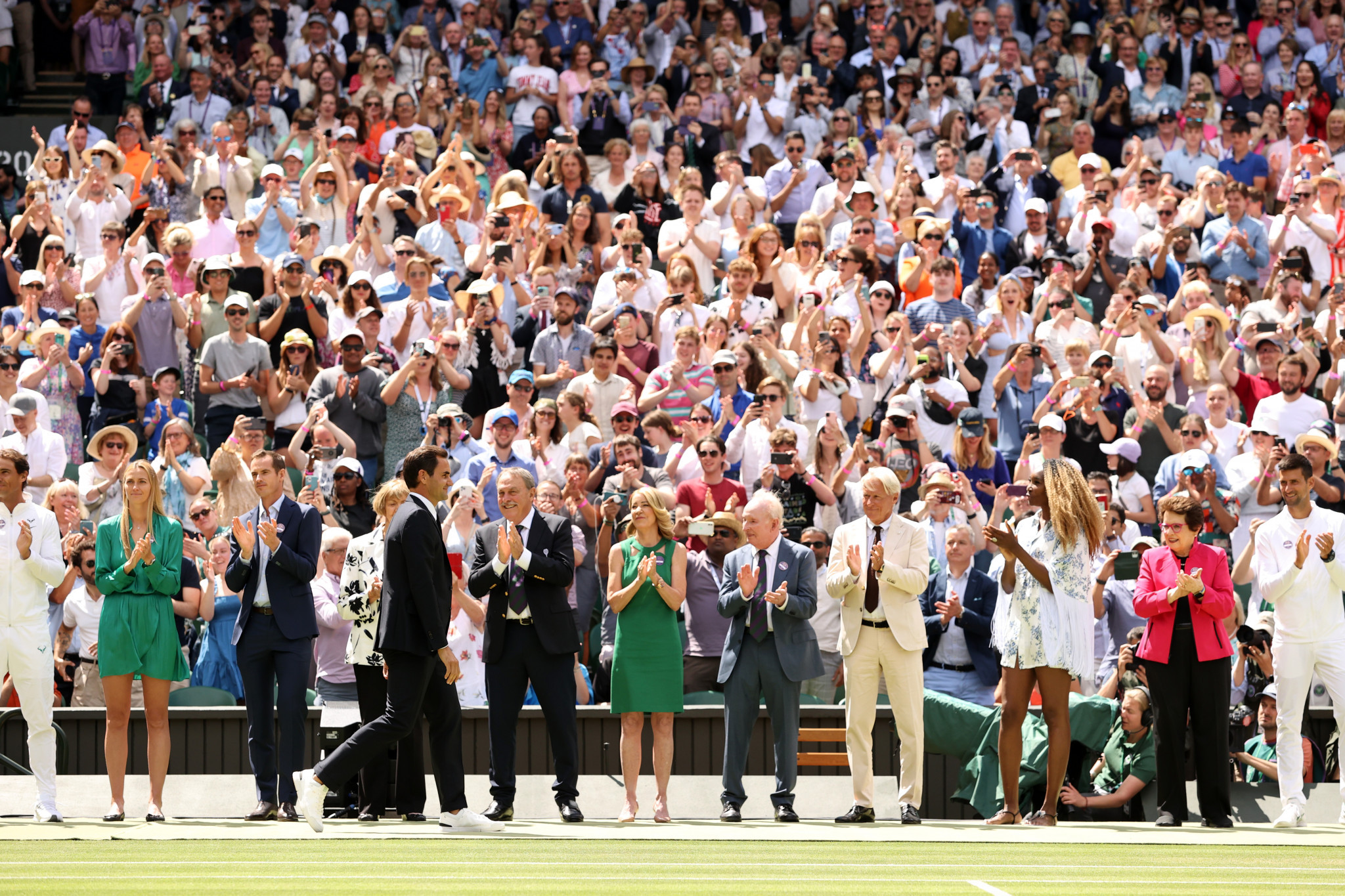 The past and the present stood together on Centre Court at Wimbledon today to celebrate the centenary of the most famous lawn in tennis prior to the start of this year's fourth round matches.

Prior to the match between Britain's Heather Watson and Germany's Jule Niemeier, BBC main presenter and 1976 French Open winner Sue Barker welcomed out previous victors in the men's and women's singles.

Among them was Serbian 21-time Grand Slam winner Novak Djokovic, who is due to play Dutch player Tim van Rijthoven later today.

Djokovic is a six-time men's singles winner at Wimbledon.

He stood shoulder-to-shoulder with his great foe and 20-time Grand Slam champion Roger Federer, who has eight Wimbledon titles to his name.

Venus Williams was present as a six-time winner, but her sister Serena, a seven-time champion, was not present.

Martina Navratilova, the nine-time winner, was also absent due to COVID-19, as was German great Steffi Graff, although no reason was given for this.

Rafael Nadal, the record 22-time men's Grand Slam champion, stood on Centre Court the day after thrashing Lorenzo Sonego of Italy, as he vies for his third Wimbledon title.

The influential Billie Jean King of the United States stood with other veterans such as Pat Cash, Rod Laver, Stefan Edberg and Bjorn Borg.

Martina Hingis of Switzerland and Romanian Simona Halep, who is still in the women's singles draw, were also honoured.