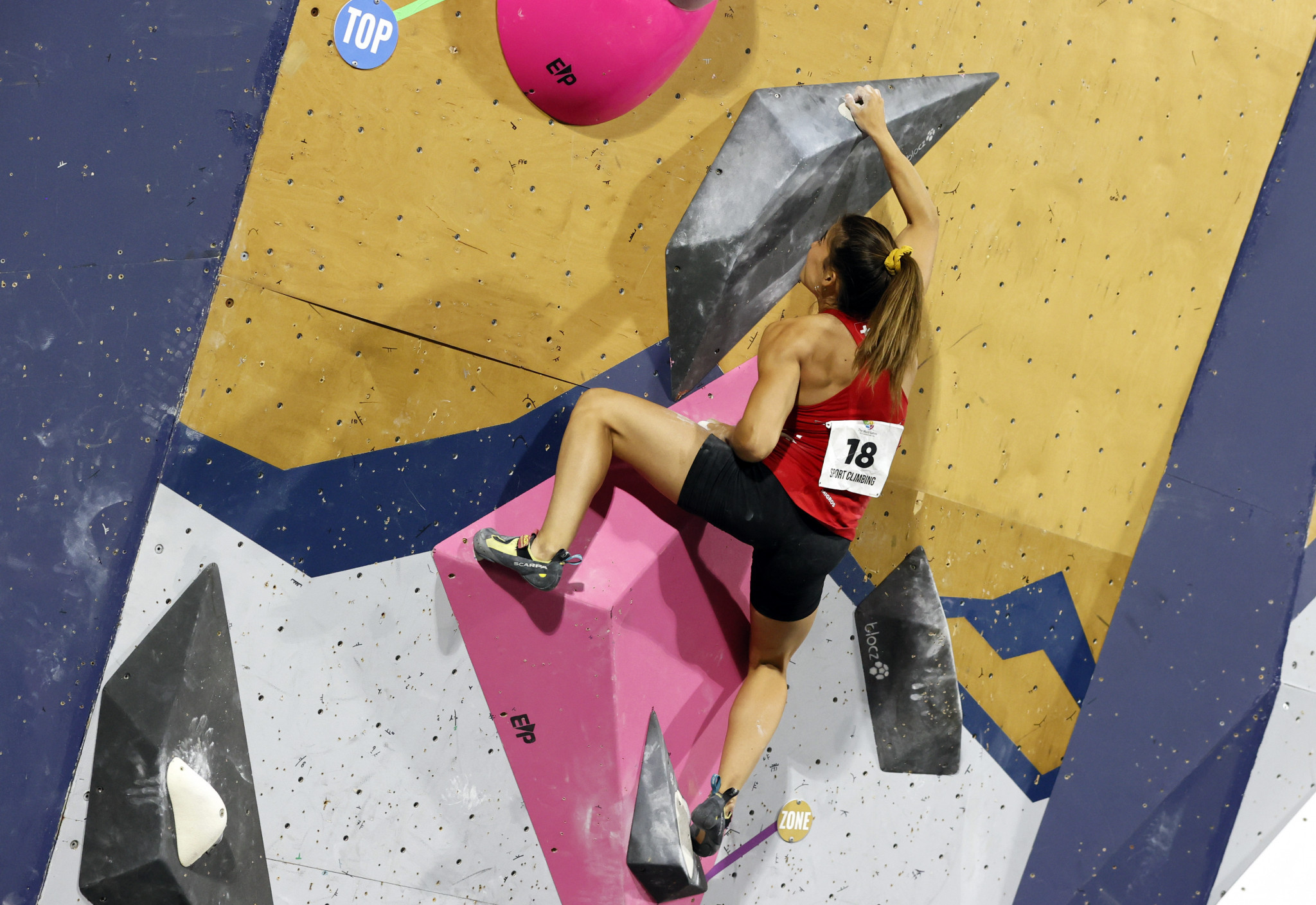 Jessica Pilz, who won a lead world title in 2018, surged to victory in the discipline once again at the Birmingham 2022 World Games.

The Austrian held off Natsuki Tanii of Japan and Lana Skušek from Slovenia in the women's sport climbing lead final to force them to settle for silver and bronze, respectively, at Sloss Furnaces.

Japanese climbers received more disappointment in the men's equivalent as Masahiro Higuchi was unable to better Switzerland's Sascha Lehmann, who stormed to a triumph in the men's lead final.

Lehmann was the only climber to reach the top in the final, as France's Mejdi Schalck completed the podium.

In ju-jitsu, Ukraine's Bohdan Mochulskyi was one of several champions crowned at Bill Battle Coliseum.

The 25-year-old overcame Colombia's Alejandro Viviescas 19-7 in the men's under-62 kilograms fighting final to take gold.

Ukraine's Bogdana Golub was unable to repeat her compatriot's golden success after she lost 2-0 to Meshy Rosenfeld of Israel in the women's open ne-waza final.

The United Arab Emirates' Shamma Alkalbani took third place, being awarded the win after a 2-2 scoreline versus Kazakhstan's Galina Duzanova.

She had accumulated two advantages during the bout, which was one more than her opponent.

The UAE did achieve ju-jitsu gold thanks to Faisal Alketbi downing Morocco's Seif Eddine Houmine on penalties following a 0-0 draw in the men's open ne-waza.

With only one more day to go, and 28 golds to award, here's how the medal table stands.

The country was unable claim third place as well after Saar Shemesh of Israel was judged to have bettered Mohamed Alamri after their own 0-0 tie.

The mixed national team title went to France following their 3-2 win against Germany and The Netherlands whitewashed Denmark 5-0 to take bronze.

Ukraine enjoyed more success in the acrobatic gymnastics, achieving one gold and one bronze medal.

Bohdan Pohranychnyi combined with Danylo Stetsiuk to top the men's pairs final with a score of 28.940.

Americans Angel Felix and Braiden McDougall followed in second for the host nation after tallying 28.750, as Kazakhstan's Daniyel Dil and Vadim Shulyar ranked third on 28.520.

The United States fell to defeat in the women's lacrosse final, losing 14-12 to Canada.

It means the Canadians finish the multi-sport event with both lacrosse gold medals, with the sixes discipline used at PNC Field.

Not the result we wanted, but had the time of our lives.@TWG2022 will move this sport forward, and we’re grateful to be part of it. pic.twitter.com/keLlI2Iudm

Australia clinched bronze via a 13-7 triumph versus Britain.

In duathlon, Maurine Ricour gave Belgium another title in the women's individual final.

Victor Zambrano put Mexico in the medals by obtaining bronze.

In tug of war, Britain seized gold in the mixed outdoor 580kg, beating Germany 3-0 in the final.

Sofia Ohlsson of Sweden and Ingrid Lundanes of Norway finished second and third to complete the podium.

One day of action remains in Birmingham.