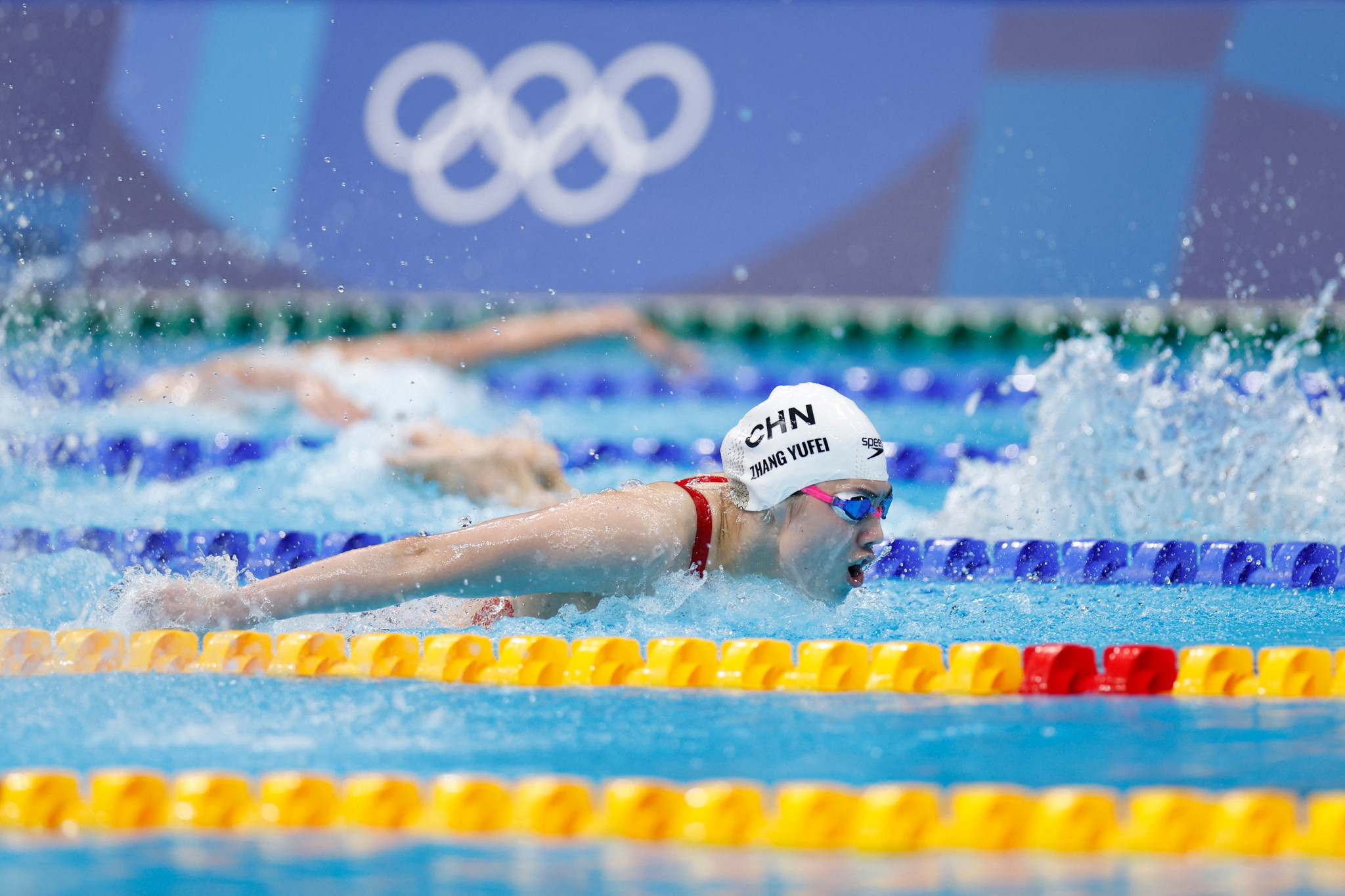 A total of 1,392 competitors will take part in the aquatic events at the 2024 Olympic Games in Paris in 49 medal events covering five disciplines, the International Swimming Federation (FINA) announced today.

The athletes will compete in swimming, artistic swimming, open water swimming, diving and water polo between July 27, the first official day of competition at Paris 2024, until August 11, the day of the Closing Ceremony.

It means that aquatics will have more medal events than any of the other 31 sports at Paris 2024 and will be the only one to take place every day of the Games.

Held at the world-class, multi-purpose Paris La Defense Arena, Europe's largest indoor arena, swimming action is due to underway on 27 July, with the finals taking place over nine days for the first time, concluding on August 4.

A total of 852 athletes will compete in the pool in 35 swimming medal events.

Through the National Olympic Committees, each country will have the opportunity to send at least two athletes to Paris 2024, demonstrating, what FINA claim, is the universal appeal of swimming.

Following the successful Olympic debut of the 4x100 metres mixed medley relay at the re-arranged Olympic Games in Tokyo last year, an event won by Great Britain, the mixed-gender competition is back on the Paris 2024 programme and will take place for the second time.

A total of 44 competitors – 22 men and 22 women – will qualify to compete in the marathon swimming, set to be held in the River Seine in the shadow of the Eiffel Tower, at Pont d’Iena, and scheduled to take place on August 8 and 9.

The number of competitors is lower than the 25 entrants allowed at the first four Olympics featuring the 10 kilometres events.

For both women and men, the top three finishers in the 10km at the 2023 FINA World Aquatics Championships in Fukuoka will qualify for Paris 2024.

They will be joined by the top 13 swimmers at the 2024 World Aquatics Championships in Doha.

The top remaining finisher from each of the five recognised continent at the 2024 World Championships race will be added to the team, and as the host nation, France will be allocated one spot in each race.

Should a French swimmer qualify by one of the other procedures then a 14th swimmer from the 2024 World Championships race will be added for the Olympics.

Diving is set to see 136 athletes compete at the Aquatics Centre, the only permanent sports facility to be built for the Paris 2024, from July 27 to 10 August 10.

Eight diving medal events per gender are on the Paris 2024 programme.

Artistic swimming will once again feature only female athletes.

In total 96 athletes will compete at the Aquatics Centre and feature duets and teams.

Water polo will see 12 men’s teams and 10 women’s teams, 264 athletes in total, in action at the 6,000 capacity Aquatics Centre for the preliminaries phase, from July 27 until August 4, and then will continue at the Paris La Defense Arena for the finals August 5 until 11.

As the host nation France will automatically qualify for both the men and women’s tournaments.

They will be joined by the two highest placed teams from the 2023 World Aquatics Championships.

The highest placing country in each of the five continental championships will each obtain a quota place.

Should any of these teams have already obtained a quota place in Fukuoka, then the next highest placed country continental championships will obtain a quota place.

The remaining places will be awarded at the 2024 World Championships.

"Our ambition is to give aquatics athletes great opportunities to qualify for the Paris 2024 Olympic Games through high-quality competitions," FINA President Husain Al-Musallam said.

"We were guided by the mission to ensure the fairness of the qualification process for athletes.

"This was a truly collaborative effort. It requires a delicate balance but is one that we were able to achieve together."