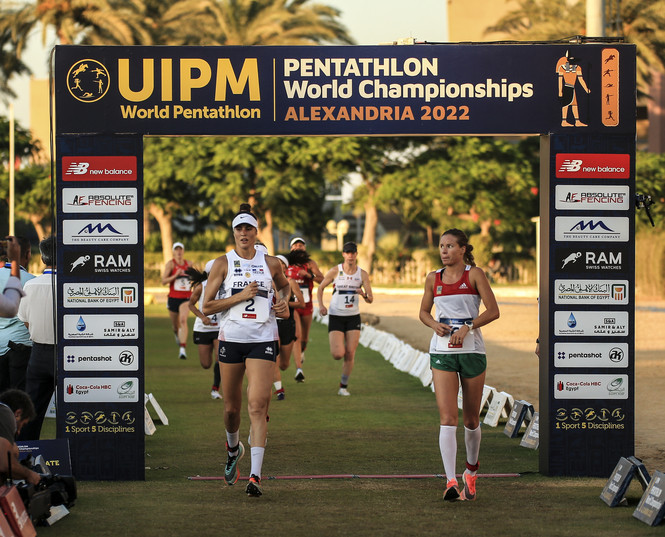 Italian Micheli led the standings in semi-final B finishing second in the fencing discipline with 22 wins, scoring 239 points.

She then topped the standings in the swimming discipline, recording a time of 2min 11.05sec.

Michelle Gulyas of Hungary finished second in semi-final B, with a best performance in the swimming, where she finished third after recording a time of 2:12.22.

Kin Sunwoo of South Korea placed third in the semi-final, with a best performance of fourth in the swimming, in a time of 2:13.23.

Semi-final A was won by Simon of Hungary, whose best performance came in fencing when she finished fourth, scoring 239 points and registering 22 wins.

Second place in semi-final A went to Elodie Clouvel of France, who topped the swimming standings in the semi, in a time of 2:08.95.

Britain’s Olivia Green was third in the semi-final, with her compatriot Jessica Varley, who topped the laser run standings in a time of 11:39.50, in fourth.

The individual men’s and women’s competitions are scheduled to conclude tomorrow on so-called Super Saturday with the finals, with a mixed relay event due to close the Championships on Sunday (July 31).