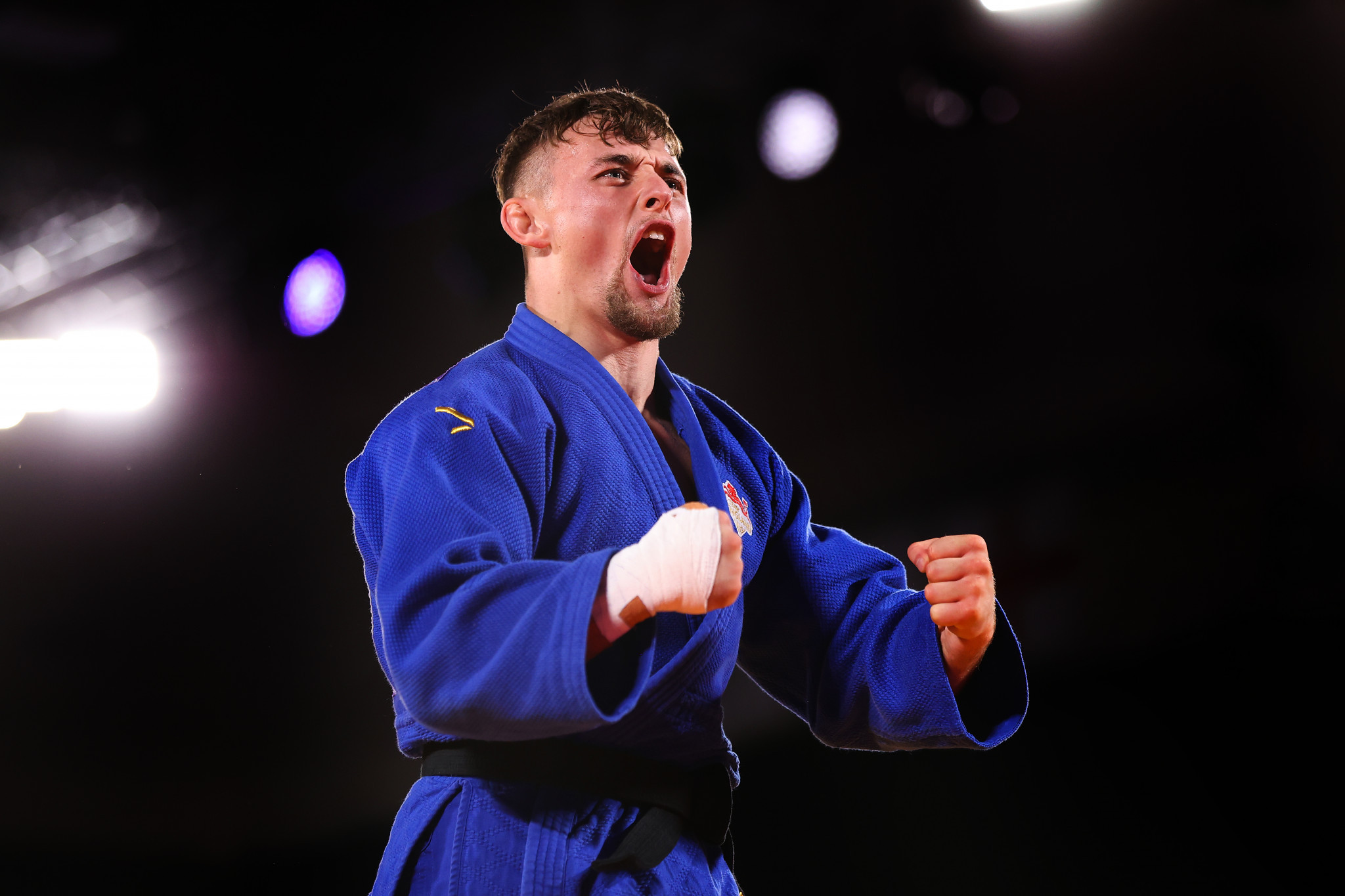 In the men's under-73 kilogram gold medal match, Powell achieved the ippon against The Gambia's Faye Njie, winning the Commonwealth title not far from his hometown in Walsall, also in the West Midlands.

Njie's silver medal was still his country's best-ever result at the Games in any sport and its second medal in its history, following Sheikh Tidiane Faye's bronze medal in the men's high jump at Edinburgh 1970.

In the last match of the night, Moorhead flipped his opponent Francois Gauthier Drapeau of Canada over for a second waza-ari, and therefore the ippon, fluidly leaping up into celebration knowing he had just claimed the men's under-81kg title.

Uros Nikolic of Australia won one of the bronze medals against a limping Eoin Fleming of Northern Ireland who was gutsy at sticking at it in golden score, but came up short, while looking in serious pain.

Medals continued for England on the women's side as European champion Gemma Howell took silver in the under-63kg final.

She lost by ippon to the Olympic bronze medallist Catherine Beauhemin-Pinard of Canada.

Jasmine Hacker-Jones was the only other British judoka to make the podium, with the Welsh athlete beating Audrey Jeannette Etoua of Cameroon by ippon for bronze.

Katharina Haecker from Australia defeated Lauren Semple of Jamaica by the same score in the other bronze match.

Australia claimed the other gold medal tonight thanks to the efforts of Aoife Coughlan, beating Jamaica's Ebony Drysdale Daley in the final of the women's under-70kg.

It was Jamaica's first medal of Birmingham 2022 and the first-ever at the Games in judo.

Kelly Petersen-Pollard and Katie-Jemima Yeats-Brown received the loudest cheers on the podium as the English pair defeated Joy Asonye from Nigeria and Rachael Hawkes of Northern Ireland in their respective bronze medal matches.