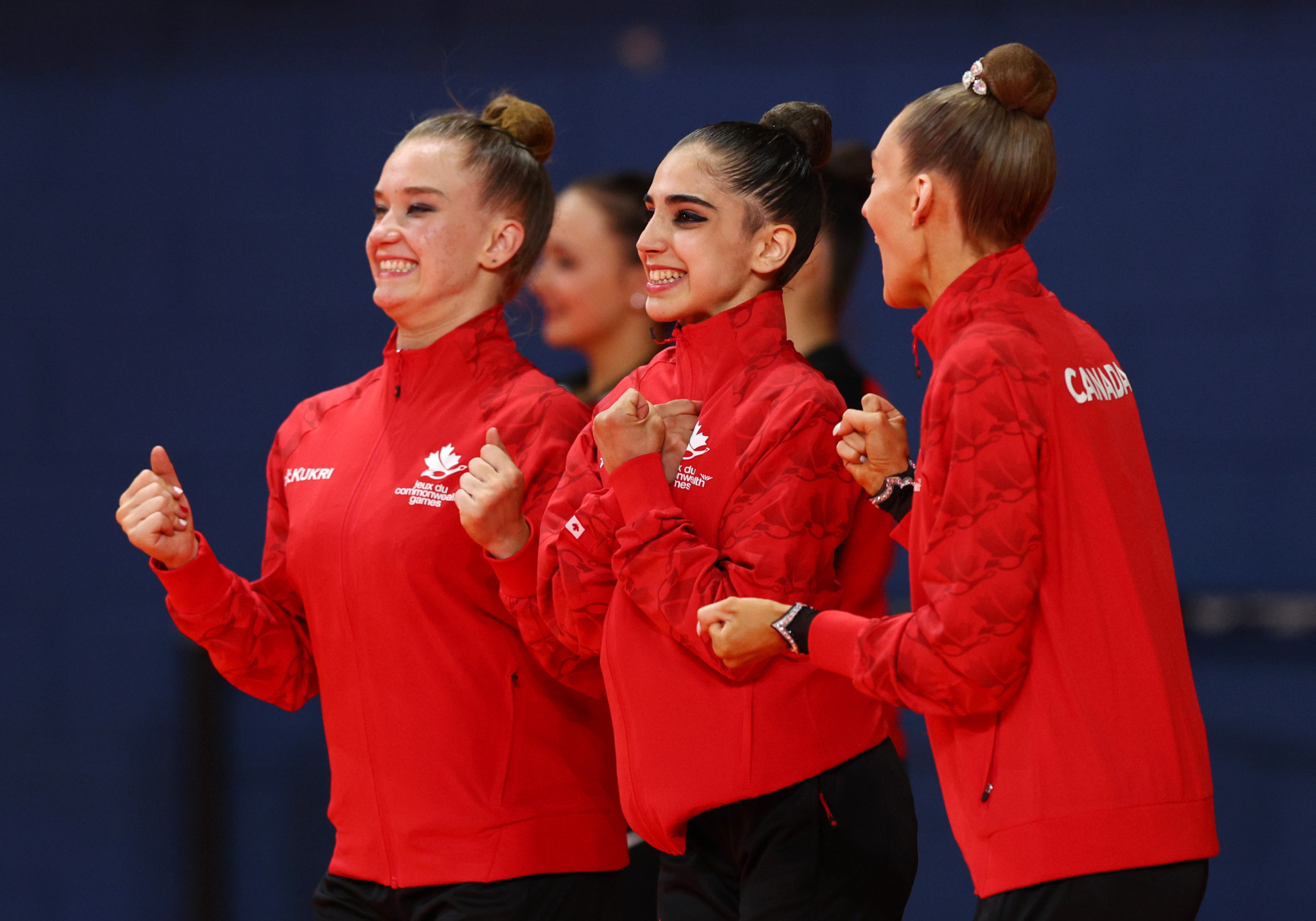 Canada claimed the team event gold medal today on the opening day of rhythmic gymnastics competition at the Birmingham 2022 Commonwealth Games here, as individual gymnasts qualified for the respective four disciplines and the all-around.

The trio of Tatiana Cocsanova, Carmel Kallemaa and Suzanna Shahbazian accumulated a team total of 272.950.

Kallemaa scored the best clubs score with 29.700 as well as one of the best in hoop, while Shahbazian was impressive in the ball discipline.

Australia were closest to them on 268.50 points, aided mostly by strong performances in the ball and clubs by Alexandra Kiroi-Bogatyreva.

Ashari Jesse Gill and Lidiia Iakovleva contributed to the success too.

Going in the early session, England's Marfa Ekimova, Alice Leaper and Saffron Severn finished in front of Malaysia by less than two points on 267.050 to take bronze.

Today also acted as qualification for the individual disciplines.

England's Ekimova topped hoop qualifying in 28.950, being the first of eight to book their spots in the final.

She was followed by Anna Sokolova of Cyprus, who finished first in the individual all-around too.

Kallemaa, Cocsanova, Iakovleva and Leaper all made it through too, along with Gemma Natasha Frizelle of Wales and Izzah Binti Amzan of Malaysia.

Kiroi-Bogatyreva was top of the ball standings, followed by Malaysian Joe Ee Ng and Cocsanova.

Frizelle qualified with her 15-year-old compatriot Elizabeth Petrova Popova, as did Canadian Shahbazian.

Ekimova and Sokolova will be in the final too.

Only Sokolova made all four finals, finishing top of ribbon in front of Ng and Kallemaa.

Louise Christie of Scotland and Sie Yan Koi of Malaysia have booked their spots too with Kiroi-Bogatyreva, Ekimova and Leaper.

Havana Rosalie Hopman of New Zealand and Severn from England will only compete in clubs in the apparatus finals, where they are to be joined by Kallemaa, Kiroi-Bogatyreva, Sokolova, Petrova Popova, Christie and Amzan.

Sixteen are to contest the individual all-around event too.