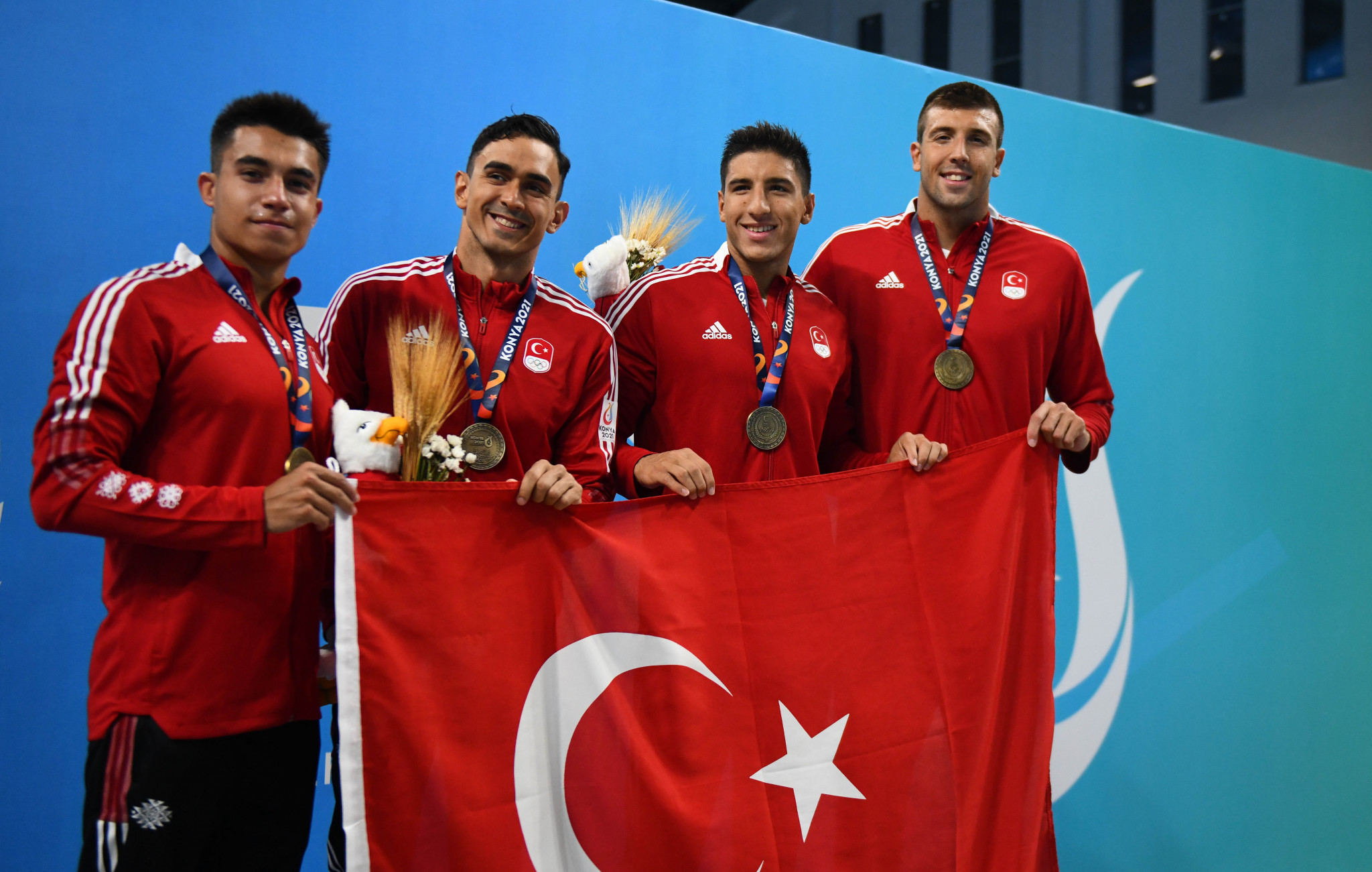 Turkey produced an almost perfect performance in the pool, winning six of the seven golds on offer on the first day of swimming competition at the Islamic Solidarity Games here.

Emre Sakçı earned two of those as he triumphed in the men’s 50 metres breaststroke final before anchoring his team to men’s 4x100m breaststroke gold at the Konya Olympic Swimming Pool.

Kazakhstan’s Adelaida Pchelintseva denied Turkey a clean sweep when she came out on top in the women’s 50m breaststroke final, dashing Güneş’ hopes of double gold.

The first evening session started with a bang for the host nation as Saka captured the men’s 200m backstroke crown in a Games-record time.

Turkey then made it two from two when Güneş won the women’s 200m individual medley title.

It was a stunning performance from Aslan who shaved off over two seconds from the previous record time set by Malaysia’s Kevin Yeap Soon Choi.

There was no stopping Tuncel in the women’s 800m freestyle final as she won by a whopping five-and-a-half seconds.

Güneş was aiming for a second gold of the night when she lined up for the women’s 50m breaststroke final.

But the Turkish star was defeated by Pchelintseva who stormed home in 31.92.

She was followed by two Turkish swimmers in Gülşen Beste Samanci and Güneş who clocked 32.45 and 32.55 respectively.

Turkey bounced back thanks to Sakçı who captured the men’s 50m breaststroke title in 27.92.

Turkey underlined their dominance in the pool by winning the men’s 4x100m freestyle gold in another Games record time.

Uzbekistan got off to a superb start as Aleksey Tarasenko touched first after the opening 100m.

Turkey sneaked ahead at the halfway point thanks to Doğa Çelik’s second leg, edging ahead of Kazakhstan and Uzbekistan and they did not look back after that.

They continued to stretch their lead, opening up a gap of almost three seconds from Iran with one leg remaining.

Juniansyah won titles In the clean and jerk with 190 kilograms, snatch with 150kg to secure a combined total of 340kg.

There was also success for Indonesia in the women’s 64kg division with Tsabitha Alfiah Ramadhani clinching the snatch title with 98kg.

Nuray Gungor of Turkey took the other golds in that category, securing the clean and jerk with 121kg and overall with 218kg.

The clean and jerk and overall titles were awarded to Aliabadi who scored 201kg and 364kg respectively.

There was a Turkish one-two-three in men’s W1 open with Yiğit Caner Aydın triumphing ahead of Bahattin Hekimoğlu and Nihat Türkmenoğlu who claimed silver and bronze respectively.