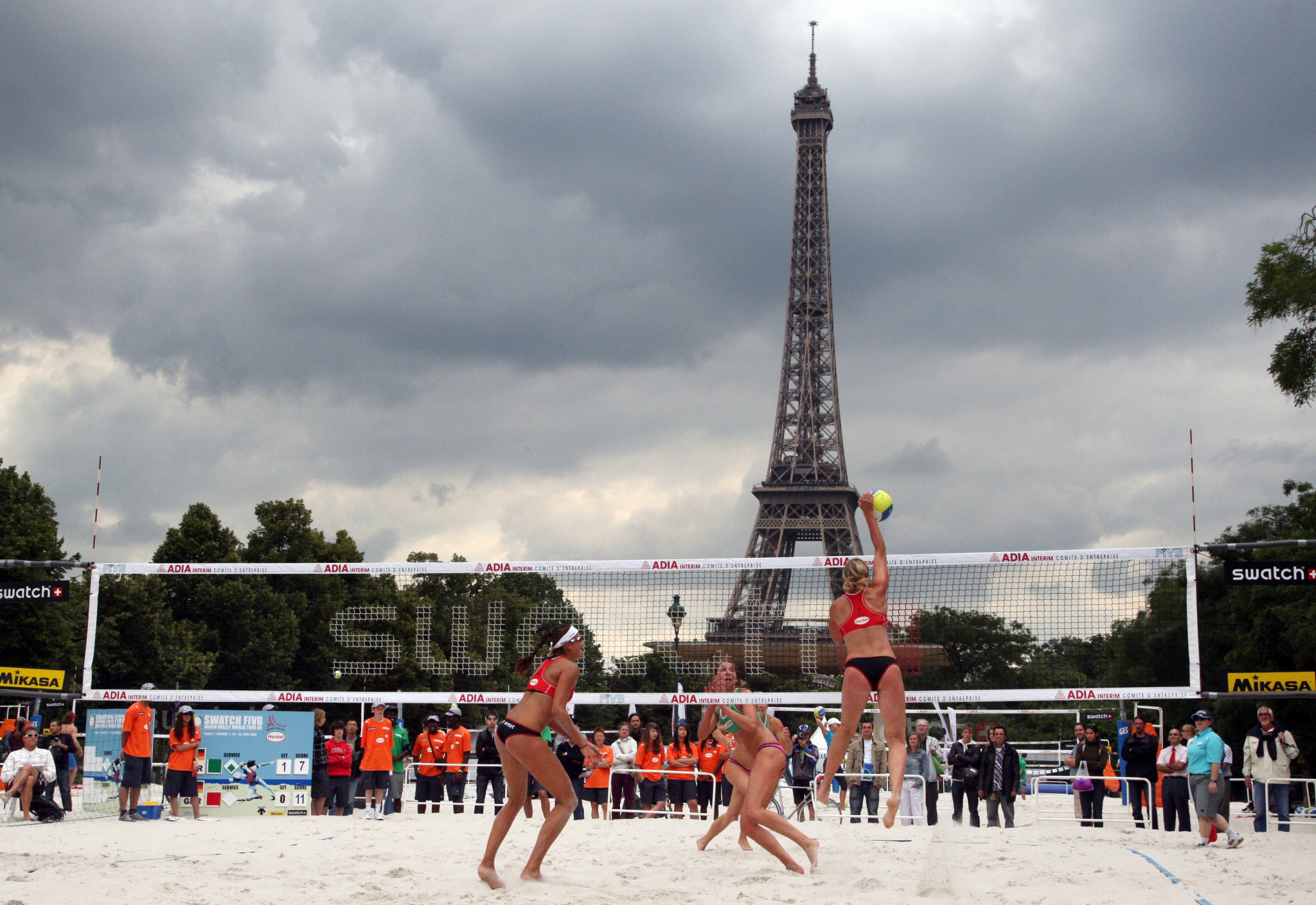 The International Volleyball Federation (FIVB) has partnered with the National Federation to boost France's beach volleyball programme, as it looks to help the nation in its target of winning medals at their home Paris 2024 Olympics.

It is also hoped that the Volleyball Empowerment targeted support initiative can assist with the development of beach volleyball in France beyond Paris 2024.

The project is set to cost $1.3 million (£1.1 million/€1.3 million) annually, of which 17 per cent is provided by the FIVB and the remaining amount from the French Volleyball Federation (FFvolley), French National Olympic and Sports Committee and Ministry of Sports and Government.

This follows three years of coaching support provided from 2019 through to 2021.

The initiative has been credited with helping FFvolley to strengthen its beach volleyball staff through the appointment of an additional physical trainer, statistician, physician and two physiotherapists to assist head coach Lissandro Dias Carvalho.

Indoor players Julien Lyneel and Rémi Bassereau have also been recruited to the beach volleyball set-up.

France are the reigning men's indoor volleyball Olympic champions, and FIVB President Ary Graça expressed his belief in the potential for growth of the beach discipline in the host country of the next Olympics.

"With French volleyball currently at a world-class level, there is no doubt there is undiscovered talent and unrealised potential when it comes to beach volleyball in France," the Brazilian official said.

"This potential is exactly what we are aiming to unlock through targeted national team support by providing the relevant human and technical resources to improve their national teams.

"This support is only possible through our tried and tested multi-stakeholder support model with other stakeholders within the Olympic Movement and other sports bodies, as well as local Governments, to ensure the best possible results and a long-lasting legacy for the sport in the respective country.

"This model is working very well in France, and we’re excited to follow the national teams on their development journeys to Paris 2024."

FFvolley President Eric Tanguy said that the targeted support scheme has "allowed us to better structure and strengthen the staff of our beach volleyball sector".

Tanguy referenced Paris 2024 as a "short-term priority", and outlined plans to "elevate the French teams" for Los Angeles 2028 and Brisbane 2032.

Beach volleyball events at Paris 2024 are due to be held at the temporary Eiffel Tower Stadium in front of the iconic landmark in the French capital, and are scheduled for July 27 to August 10 2024.